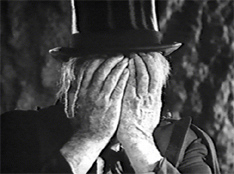 In his still influential if somewhat damaging account of classical Hollywood cinema, Andrew Sarris relegates Rouben Mamoulian to the category of directors whose body of work and artistic contribution to American cinema offers “less than meets the eye.” The section of his book devoted to this category is dominated by what he perceives as inadequate or showy stylists, and within it Sarris dismisses the “technical acrobatics” of Mamoulian’s films and relegates him to the status of an “innovator who runs out of innovations.” (1) It is true that Mamoulian can be regarded as both an aesthetic and stylistic magpie who seldom made two films in the one genre and as a director overly fixated on the technical possibilities of cinema. And yet, for a director who was brought to Hollywood to deal with the aesthetic crisis of the introduction of sound, Mamoulian proved himself to be a peculiarly ‘cinematic’ director, exploiting many of his scenarios for the pure visual and sound ideas/situations they suggested. Mamoulian also takes a similar approach to genre, examining each – western, musical, swashbuckler, romance, horror, historical drama – for their capacity to allow particular and appropriate technical innovations, flourishes and preoccupations (say, the subjective point of view shot in the horror film Dr. Jekyll and Mr. Hyde or the crane shot in the outdoor musical western High, Wide and Handsome, 1937). Nevertheless, if any genre seems closest to Mamoulian’s heart it is the musical – perhaps, the most cinematic and theatrical of classical American genres. Music and dance are integral to the rhythm and meaning of his work (even Dr. Jekyll and Mr. Hyde contains several ‘musical’ moments which have pertinent things to say about both class and the role of music as an index of culture and as a container of raw emotion).

In retrospect, the two most satisfying films of Mamoulian’s career – Dr. Jekyll and Mr. Hyde and Love Me Tonight (1932) – were made back to back at Paramount, and exploit the dynamic possibilities of sound, camera movement and montage. Looking back on all of his films of the early 1930s it is still possible to be surprised by the sheer audacity of specific techniques, individual images, and the often idiosyncratic uses to which Mamoulian puts such common devices as dissolves and subjective point of view shots. Nevertheless, Mamoulian’s well-documented experiments in early sound (Applause, 1929 and City Streets, 1931), location filming (High, Wide and Handsome) and colour (Becky Sharp, 1935) tend to obscure this more holistic approach to technical innovations and their possible meanings which is found throughout his cinema (just listen to the playful sound experiments in films like Silk Stockings [1957] and Love Me Tonight, experiments totally in keeping with the key ideas explored in the films).

Despite ‘critical appearances,’ Mamoulian’s films are not all technique (as Sarris might suggest), as they also constantly provide interesting variations on and insights into specific themes and familiar genres – they don’t use specific techniques merely to show-off. For example, it is integral to the impact and meaning of Jekyll’s transformation into Hyde that the effect is mostly achieved without the aid of cuts or dissolves. One literally has to emerge from within the other. Also, the high number of subjective point of view shots in the film is justified by the themes of identity, subjectivity and the relation of the individual to society that the film explores.

Mamoulian’s version of Dr. Jekyll and Mr. Hyde is widely regarded as the pre-eminent film adaptation of Robert Louis Stevenson’s novella The Strange Case of Dr. Jekyll and Mr. Hyde, first published in 1886. Much of the success of the film is the outcome of Mamoulian’s technique. The film is full of both marked and unmarked point of view shots, allowing us to both get a sense of the subjective view of certain characters as well as allowing us to view the scene through a camera freed from some of the imposed restraints of restricted movement that are characteristic of early sound filmmaking and classical Hollywood cinema generally. It is in this respect that the film is often most complex.

The opening shots of the film take us from Jekyll (Frederic March) playing piano in his house, through the streets of London, and into a lecture theatre. All of these shots are marked as subjective: the edges of the frame are fogged simulating the idea of a kind of ‘literal’ optical viewpoint; other characters directly address the camera; and we don’t directly see – except as a reflection in a mirror or as hands playing on a piano – but only hear Jekyll. This opening performs a number of key functions. First, it helps us recognise the esteem within which Jekyll is placed (as policemen, colleagues and servants all bow or respond to him respectfully). Second, by ‘occupying’ this point of view initially the film suggests a degree of complicity between us and Jekyll; as if the specificity of his fate and strange preoccupations might be not so far removed from our own. Nevertheless, the film’s deployment of point of view shots and direct address doesn’t end here. At various points we seem to occupy the optical perspective of another character or observe as a character looks straight back at us. The most enticing and disturbing instance of this occurs in the first scene between Ivy (Miriam Hopkins) and Jekyll. As Ivy undresses she looks straight into the camera, throwing her garter past it and onto the ground next to Jekyll. Though seductive and playful this seeming frontal address becomes, in retrospect, deeply disturbing; Ivy’s explicit sexuality is to be punished later by the Hyde that lurks inside Jekyll and, by implication, perhaps within us.

The film’s striking use of subjective point of view shots also sets us up for the scene on which all adaptations of Stevenson’s story either stand or fall: the initial transformation sequence. In this respect Mamoulian’s film is truly remarkable – though the reliance upon too obvious prosthetics for Hyde does overstate the transformation of Jekyll into something like primeval man. This helps indicate to us that Mamoulian’s telling of the story is explicitly Darwinian, the division of the human psyche and body into its good and evil natures predicated on the sliding scale of evolution. This may appear to create an easy dichotomy between the good Jekyll and the evil Hyde, but look more closely and these clear distinctions become blurred. For example, why does Hyde at one point will himself to turn back into Jekyll (who he seems to despise in ‘his’ other guise)? We start to realise that Hyde is not merely a regression for Jekyll but deeply imbedded within his character and psyche (the dominance of one or the other constituting the root of the problem).

Dr. Jekyll and Mr. Hyde is both a technically and conceptually ambitious film. It attempts to find techniques to help communicate specific ideas and complicate easy moral positions. The use of subjective point of view shots is perhaps the most effective of these devices, but others compete for prominence elsewhere in the film. The use of long dissolves is often remarkable, linking such techniques in Mamoulian’s film to similar ones explored by Josef von Sternberg in The Scarlet Empress (1934), another film which investigates the disturbing power of abundant and unchecked sexuality. Nevertheless, to a contemporary viewer some devices do seem somewhat laboured and even dated. Time and the vacillation between various states of physical and psychological being are themes which run through the film and which are given numerous pictorial ‘illustrations.’ For example, the figure of the pendulum or the hands of clock are foregrounded in the shot where Ivy’s bare leg moves backwards and forwards as it is superimposed on the image of Jekyll departing from her apartment. This motif (or motion) returns several times in the film, most clumsily as a wipe that moves in a vacillating clockwise and anti-clockwise motion across the frame (producing some very interesting split-screen images in the process). Despite the laboured quality of this device it still manages to communicate a core theme of the relativity of various states, characters, spaces, situations and class positions. In particular, the sexual frustration experienced by Jekyll in relation to his fiancée, Muriel (Rose Hobart), and its connection to the freer sexuality of working-class Ivy, is visually communicated through this technique.

Despite the inevitable death of Hyde and his post-death return to the more acceptable body of Jekyll, Dr. Jekyll and Mr. Hyde is a dark and ultimately disturbing film (just think about why Hyde must transform to Jekyll in death). The film’s final shot begins close to the dead Jekyll and pulls back to a position behind a pot that is boiling over (a recurring motif). This camera movement is in opposition to one that recurs numerous times in the film; where the camera starts out wide and zooms or tracks into an image much in the way a microscope might. This final pull back might seem like a calming endpoint, a return to compositional order, but the incessantly boiling pot in the foreground, with all its primordial overtones and undertones, suggests that what has been disturbed cannot be bottled back up through the tranquillising death of one man.