At the time of a long, uneven, and still unfinished transition from socialism to capitalism in post-Yugoslav states, in the period of untreated post-war trauma that people embody in their daily lives, when a new wave of nationalism is rising hand in hand with the brutal neoliberalism of a European periphery, there is a curious flourishing of documentary film in the region of former Yugoslavia.

Diverse among themselves when it comes to aesthetic choices as well as political positioning, the new filmmakers active in the 2010s and ‘20s also show some similar tendencies and approaches both to the reality they depict and the poetics of filmmaking. What characterises most of the authors, working in Serbia at least, is in my view a tendency to immerse in their social contexts.1 These filmmakers are rarely only observers, which is a typical role of a documentarist; they often position themselves as the subjects of these contexts, who bear and suffer the society in which they live and work, and who thus are existentially concerned with it. Contexts in many recent nonfiction films are thus not outside; they are around, close, present in time and space, even when the stories the films tell happened in the past.

This tendency sometimes leads the authors beyond the framework of observational cinema, finding their artistic expression in the “essay film”, whose combination of personal and political is significant for the work of Ognjen Glavonić, Marta Popivoda, and Jelena Maksimović, among others.2 In their films, we see Yugoslavia and the Balkans as a territory of unfinished narratives, marked with a dubious historicisation, full of gaps, mythologies, silences, forgotten victories, and revisions. And all that is happening in what is proclaimed to be a time after “the end of history” (Francis Fukuyama). From the perspective of the Balkans, films such as Dubina dva (Depth Two, Ognjen Glavonić, 2016), Jugoslavija, kako je ideologija pokretala naše kolektivno telo (Yugoslavia: How Ideology Moved our Collective Body, Marta Popivoda, 2013), Pejzaži otpora (Landscapes of Resistance, Marta Popivoda, 2021) and Domovine (Homelands, Jelena Maksimović, 2020) tell us that the idea of the end of history can either be completely cynical or can exist only somewhere there, elsewhere, but not in the Balkans. The Balkans is a living history of those who have been over the centuries of colonisation and occupation deprived of their histories and their rights to history. Hence the quest for truth, from generation to generation.

Today’s documentary filmmakers in their 30s and 40s join that quest with passion and urge. Although educated in post-structuralist and constructivist humanities and social sciences, they seem to not abandon truth altogether. It may be a construction, it could be only subjective and provisional, but it must be there, it must exist, we hear the scream from the film screen in Serbia and the region. The insistence, creativity, and passion that the authors invest in that quest indicate a failure of state- and privately-owned mass media and public debate around history and memory in the region. This, however, doesn’t lead to resignation; it rather impels a new wave of politicisation among filmmakers and cultural workers. Although paying much attention to the aesthetic elaboration of their topics, these authors seem to be willing to dirt their hands with facts and truths, which then get integrated in the more sublime levels of artmaking. I experience it as a reminder that in former Yugoslavia it is still needed to dig on a massive scale into the layers of soil, soaked in blood, rain, death, sweat, and revenge, covered in lime. It is also needed to digest collectively what has been dug out. And then we need to continue living, hopefully carving a different future for ourselves, by means of film and by all means. 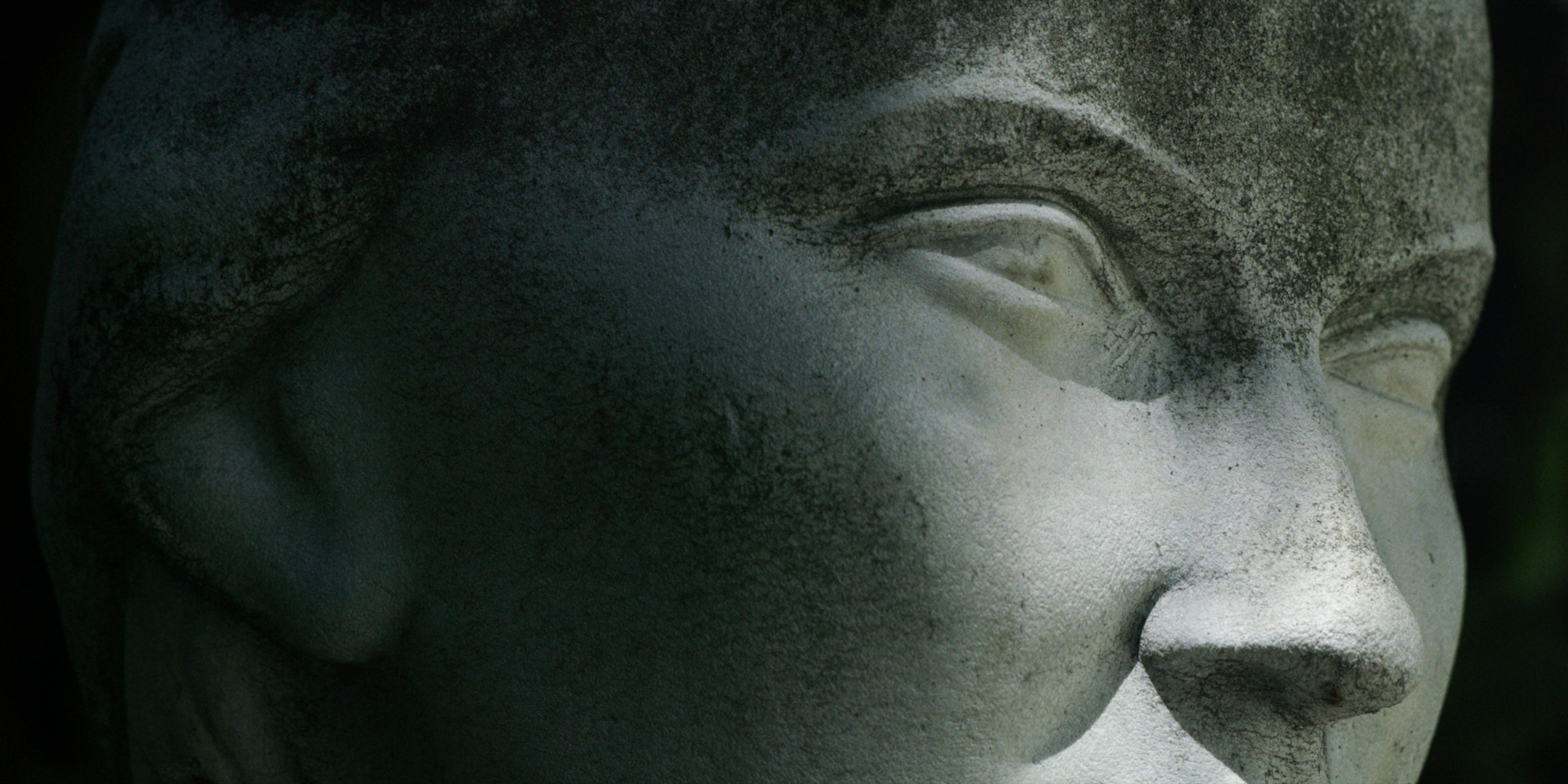 Landscapes of Resistance: Sonja and Herstory

These observations are to lightly outline an atmosphere and a framework in which the film Landscapes of Resistance was created, since without that context it would have never come into being as it is. My main motivation to write about this particular film is to draw attention to feminist storytelling in cinema and, alongside that, to share some aspects of (my) dramaturgical work, which as a specific kind of artistic work is not often discussed in filmmaking. Since I have been learning film dramaturgy by doing it, my discourse will be a theory coming from art practice, rather than an academic film theory.

Landscapes of Resistance features my 97-year-old great aunt Sonja, who was a communist and antifascist, one of the first registered female partisan fighters in Yugoslavia. She was imprisoned in early 1942 and spent four years in Nazi prisons and concentration camps, including Auschwitz-Birkenau, where she continued her struggle as a member of the resistance movement. While listening to Sonja’s stories, the spectators of the film travel through the landscapes in which the stories took place, from the Serbian mountains and forests of Sonja’s revolutionary youth to the muddy terrain of Birkenau. Gradually, her memories start to intertwine with Marta’s and my own confrontation with the rising fascism in Europe during this ten-year-long film project, which is presented in the form of my journal of the project. 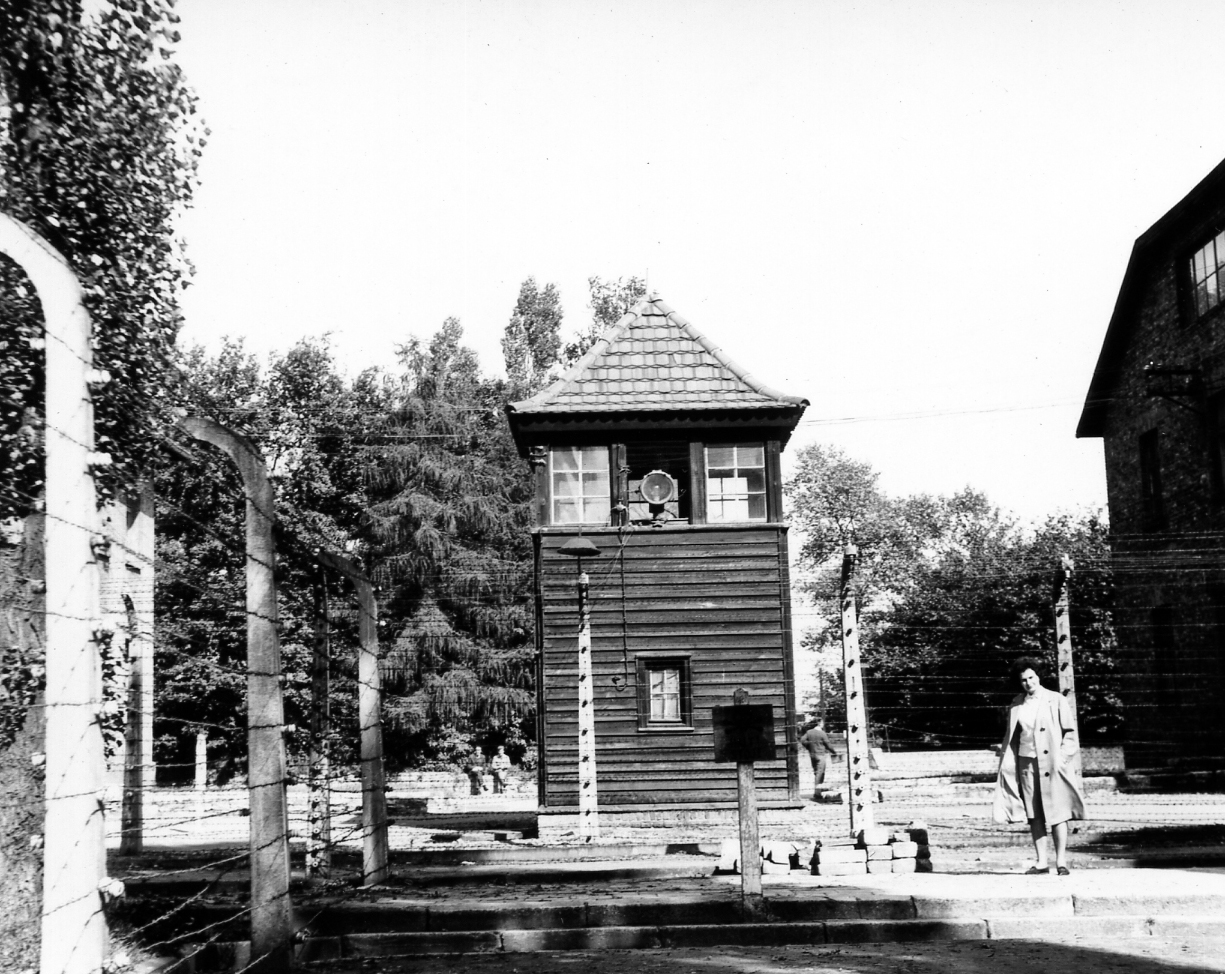 To embrace that long and complex process was a real challenge and required a delicate visual and, especially, temporal composition, capable of bringing the anti-fascist past into the present, which we see as a legacy for the future. The other challenge came from our wish to make a communist, moreover a partisan film that would not reproduce the aesthetic canon of leftist activist films, which rely on an Eisensteinian montage of attraction. In our talks, Marta and I came to a critique of that aesthetics as masculinist and to a wish to craft a feminist way of telling the story of antifascism. Marta’s particular directorial interest was to reclaim other leftist artistic methods and forms from the time of Sonja’s communist youth, which didn’t belong to the paradigm of socialist realism. Motivated by the experiments with multiple perspectives in landscape dramaturgy,3 she started examining cubist landscape paintings and constructivist collages and monuments as the main principles of the visual composition of the film. They are present in the frame itself as well as in the transitions between frames, resulting in moving images seen and populated by number of gazes.4 In accordance with these aims and challenges, my task as dramaturge was to work on a composition that is affective, contemplative, non-spectacular, resisting both the temptation to create a dramatic narrative around the central conflict and a masculinist story of “the hero journey”. Our main dramaturgical focuses were temporality and the relation between story and silence. 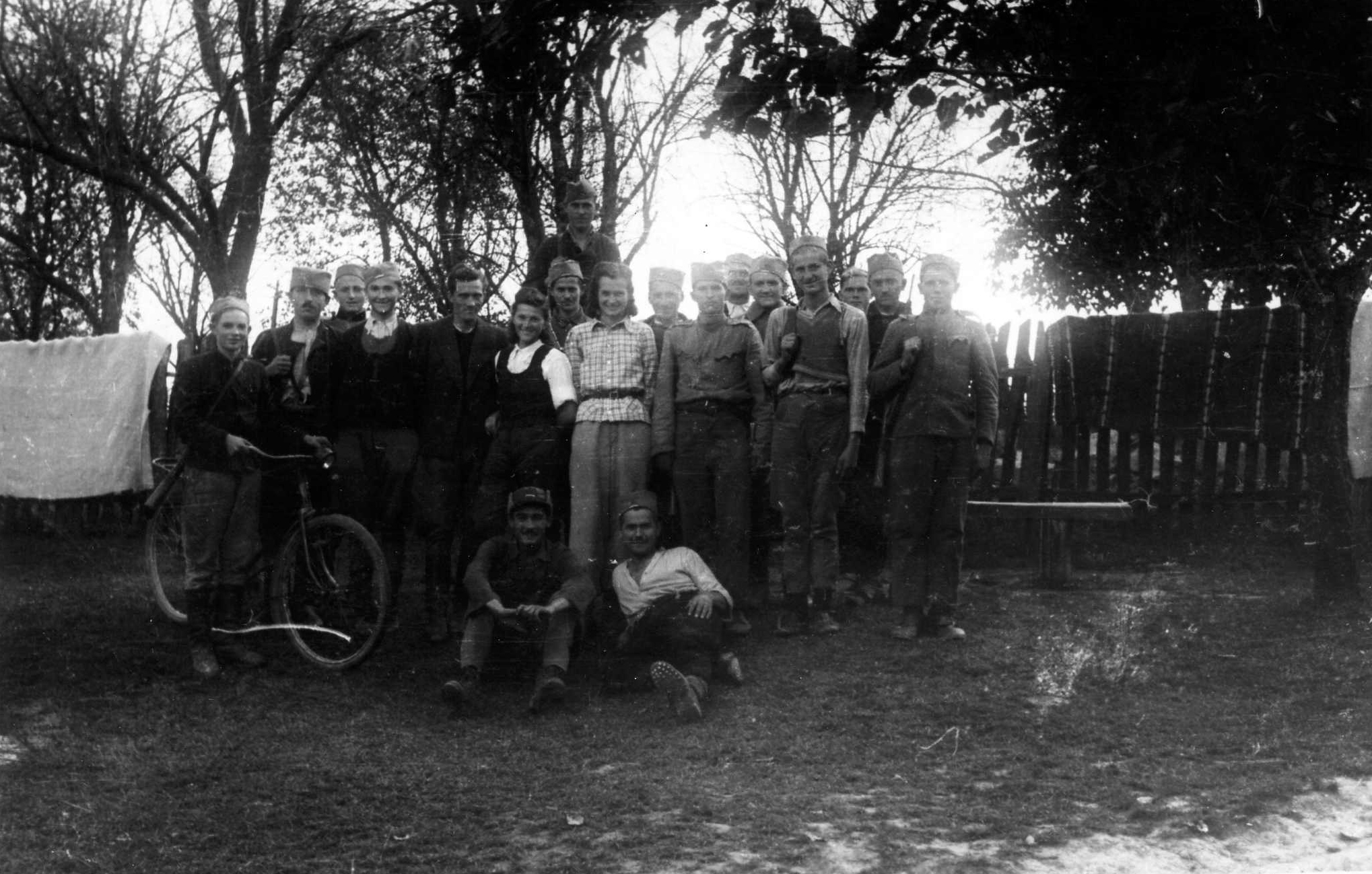 When I speak about Landscapes of Resistance as feminist storytelling, I see it present in several registers of the film. As structural ones, I would single out the following: 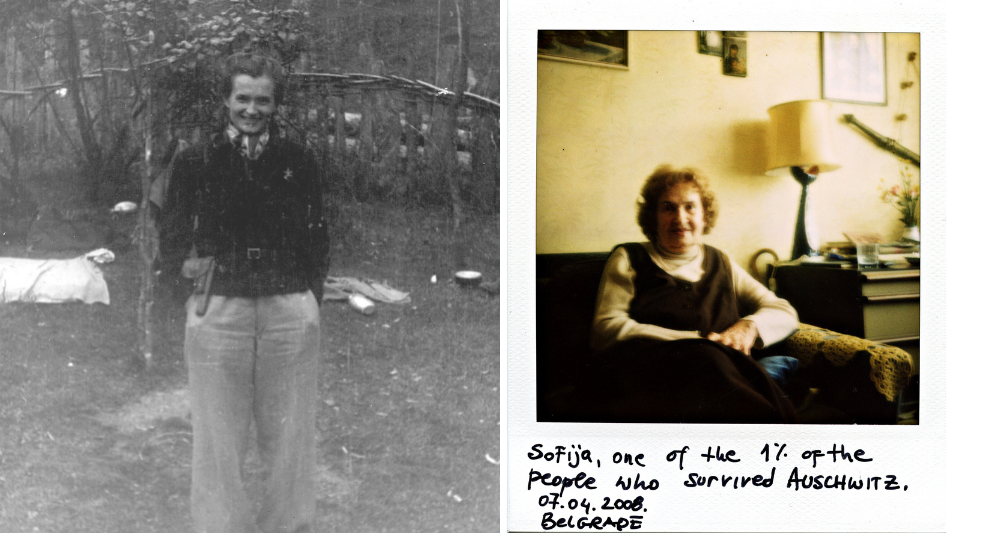 Apart from these structural anchors, Landscapes of Resistance’s aesthetic, sensory aspects largely contribute to creating a feminist cinematic experience. Here, I would mention: 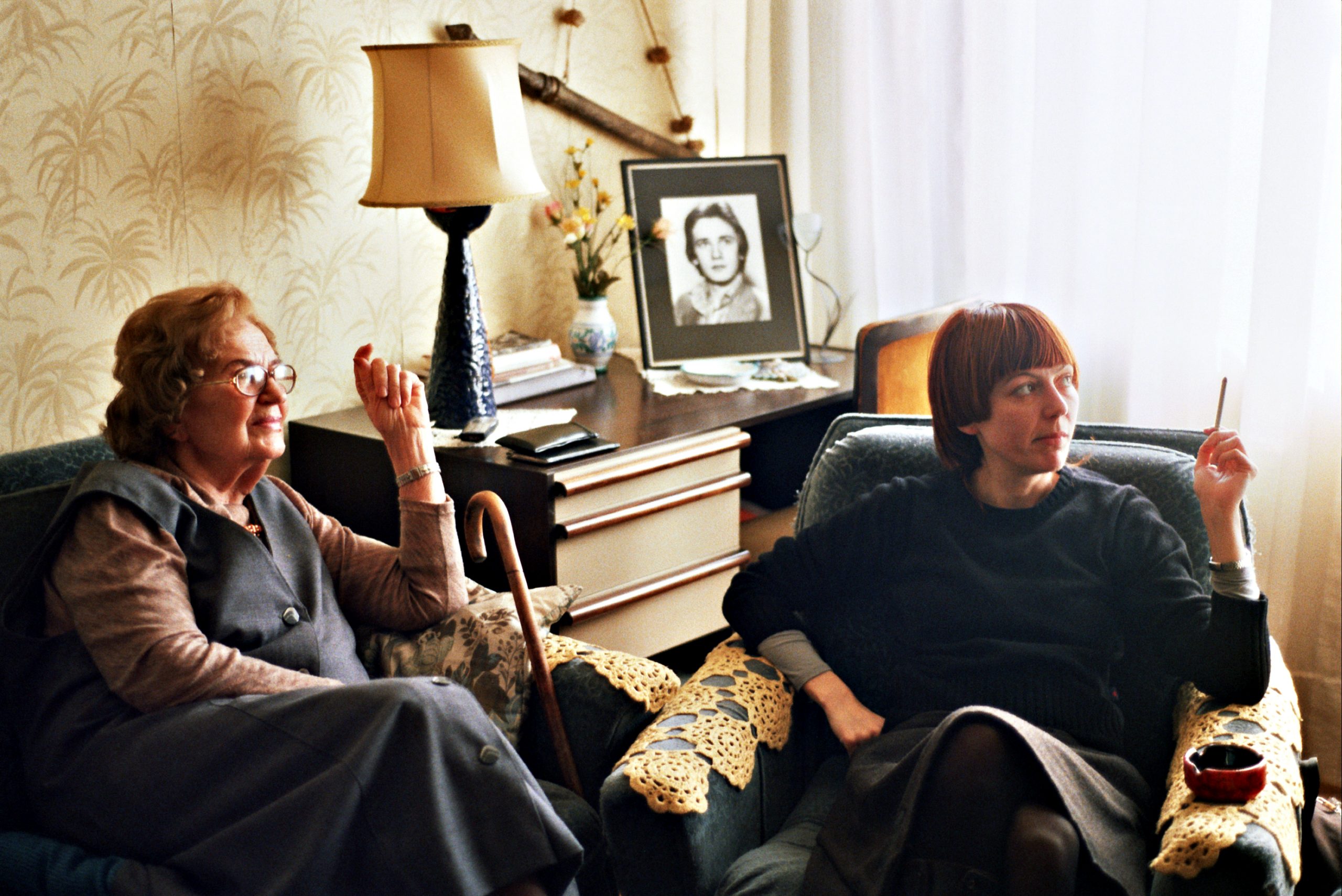 Accepting Sonja’s pace of being in the world as the main temporal principle might not sound very complicated. It might sound as just slowing everything down. But before working on Landscapes of Resistance I had never experienced crafting time and temporality in a time-based medium so complex and delicate, so full of dangers and possibilities. For years we dared ourselves with questions such as: What is “Sonja’s time”? What is “our time”? What is Zeitgeist? Who defines fast and slow? What is the slowness of slow cinema about? Where does the capitalist request for acceleration come from? Is it also masculinist? How do we slow down the action in dance differently than in film? How to enact Benjamin’s “tiger’s leap” into history? Is slowness a feminist temporality? How to deal with the time after Sonja passed away during the filmmaking process? Apart from an ambition to examine a feminist temporality, the complexity of working on time in this film comes also from our desire to acknowledge and work on all layers of time that had been important for making the film. The most striking for us are: 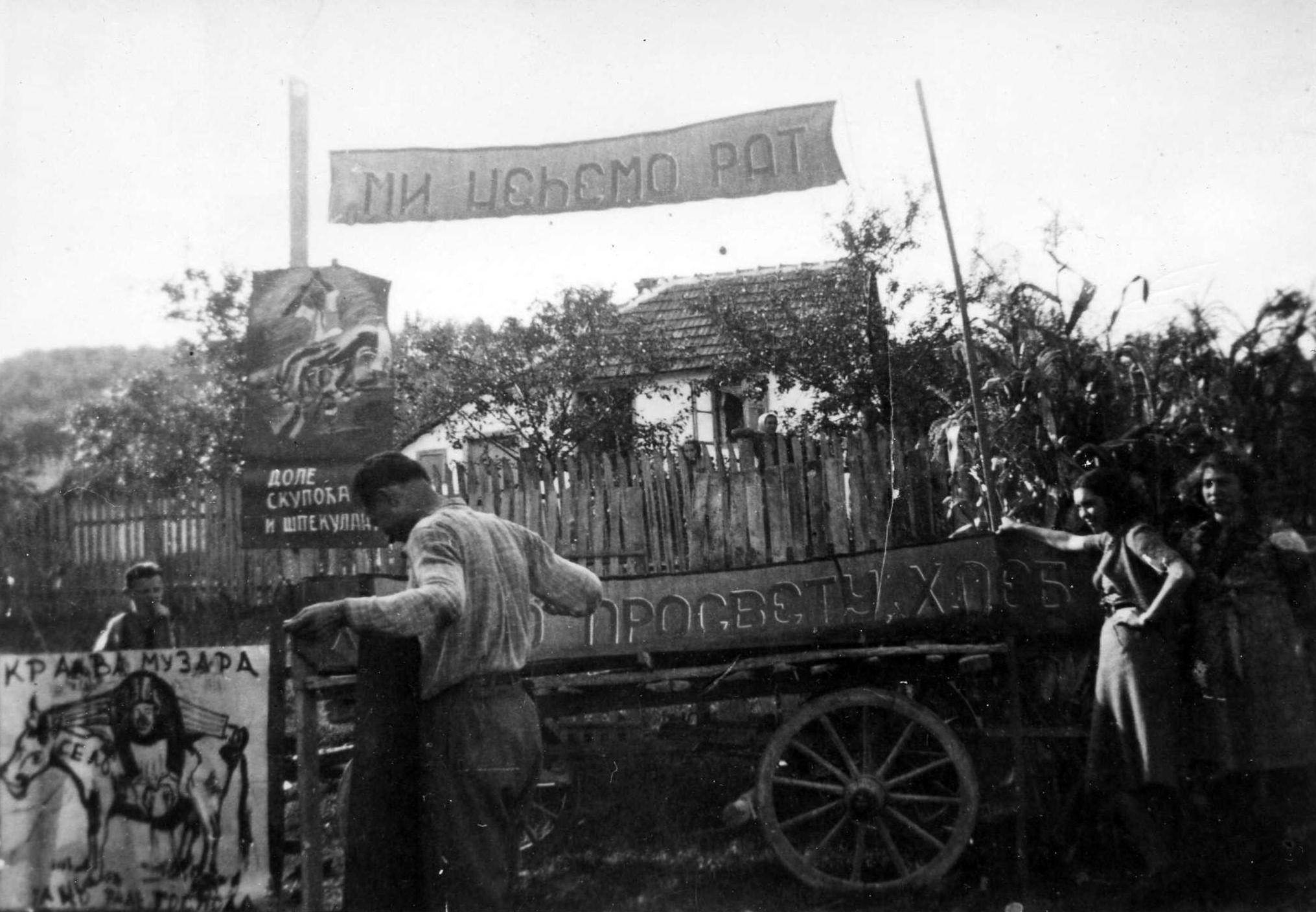 All three storylines unfold chronologically. However, since their times are different, they glide through the film, touching, missing, colliding with each other, and disappearing in their futures… We use their interweaving to make points important for the film in a non-direct way. For instance, instead of comparing our (predominantly cultural) activism and Sonja’s armed resistance to German Nazis – which we find incomparable – there is an open association between the image of the chimneys from Auschwitz-Birkenau from Sonja’s story and the journal entry where we reflect on our decision to find refuge in Berlin, which belongs to the meta-story. The crucial point made in these in-between times refers to our directorial-dramaturgical decision to show that Sonja dies during the process, while her story continues to live though the film. After we understand that she passed away in the real-time of the structural story, her voice and narration transcend into the meta storyline, now bodiless and in search for new bodies among audience members. 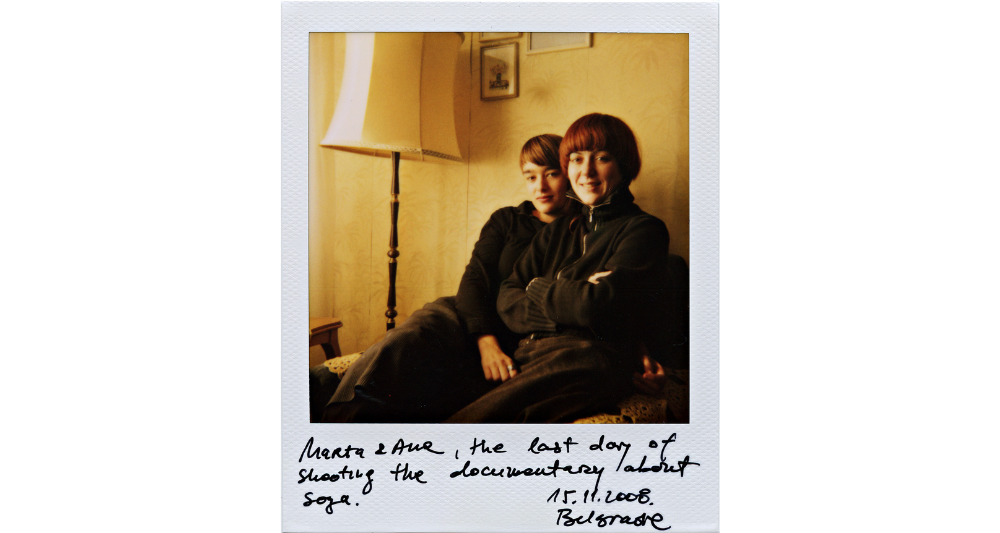 15 November 2008 was, in fact, not the last day of filming; the process took almost ten more years to complete

Now evoking the work on this film, I become aware that for both of us making Landscapes of Resistance was a process charged with emotions: touching, moving, inspiring, and empowering. It all started with us two crying after a visit to Sonja and Ivo – touched by the realisation that resistance is always possible – and our friend, dramaturge Milan Marković, commenting: “Crying is a great reason to make a political film!” It turned out to be a long journey, which is not easy to reflect on as an object of analysis. But I feel a responsibility to it, and I have tried to recall and share here some of the numerous accumulated ideas, questions, small gestures, and problems. One of them I won’t forget – and I learned it from Sonja: to be in your time and to make a time yours means above all mindfully and in conversation with others intersecting the cosmological time of days, years, centuries passing, and your own, human experience of time as past, present, and future. I have an impression that Benjamin had exactly that in mind when he envisaged his tiger’s leap. At that point, dramaturgy escapes the cinema and becomes a practice of political life that embraces the affective, the singular, and the intuitive. A noble point to close this essay. 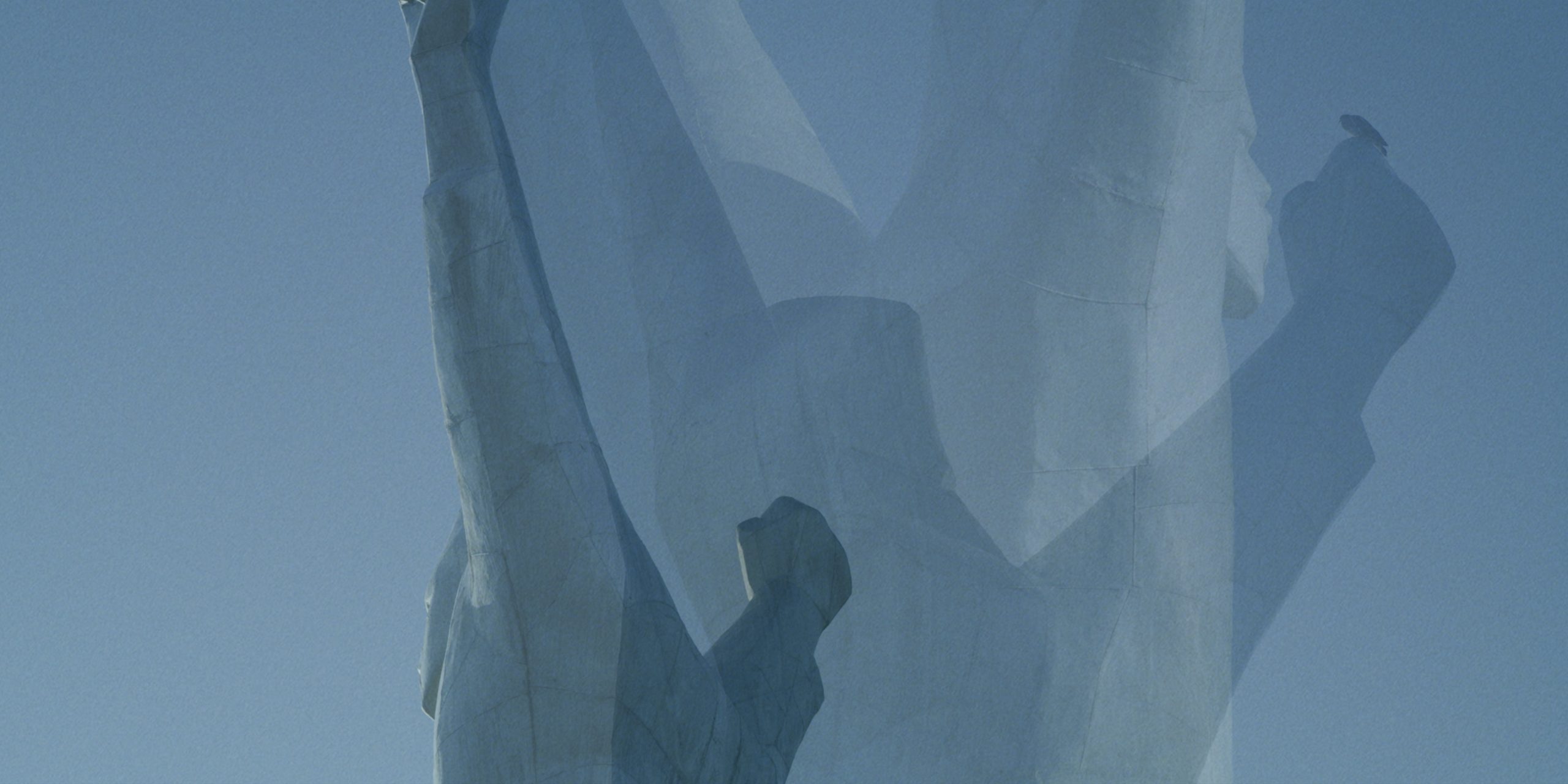