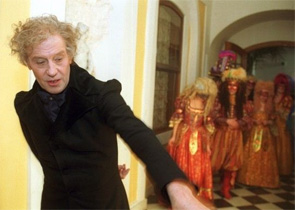 However, the camera, Durgnat argues, “explodes architecture” because of its ability to distort scale. The latter emphasis on the camera almost as mutilator could not be further from the reverence, the child-like wonder with which Aleksandr Sokurov approaches the Hermitage Museum in St Petersburg, the setting of his monumental film Russian Ark/Russkiy kovcheg.