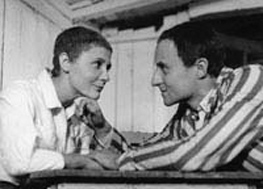 It was possible to set the Society for Cinema and Media Studies conference in the birthplace of the Coen brothers and not have one session in it devoted to them. It was not possible to attend all of some 200 sessions, panels and screenings of the annual four-day convention held in the Minneapolis Hilton. The enormity of the task could only be tackled by resigning oneself to a daily game of hopscotch, making choices, some well thought out, some arrived at more randomly. Therefore, this report can only attempt to organise all the events into patterns of general significance, but what it represents ultimately reflects the experience of its author rather than that of an omnipresent multiple-bodied being who would have been able to attend all sessions at the same time. After a brief attempt at ordering the entirety of the conference into some kind of coherence, I delineate here the sessions and screenings that held a sufficient level of attraction for me to take on a monstrous jetlag and fight it with gallons of bad coffee.

A close look at the conference’s program shows that, in order of topicality, the issues of race, globalisation and internationalisation of cinema as well as broadly understood feminist readings of film and television productions took prominence over discussions of audiences, experimental and avant-garde films, and representations of war. Only a pale shadow of the queer was to be seen, and new media were not anywhere as popular in terms of the number of sessions as they had been in the previous two years. Stardom, genre and the history of cinema received some attention from the presenters, as did to a slightly lesser extent documentaries, sound and exhibition issues. While deliberations on national cinemas, and especially Indian cinema, were going strong, psychoanalytical approaches to cinema studies were represented only by Jungians and Zizekians. Nevertheless, however sparsely attended, the latter sessions brought out impassioned discussions that travelled beyond the doors of the rooms in which they were held.

Although all the four papers were of a good standing in the session entitled “Recent Developments in Jungian Film Theory and Criticism”, Don Fredericksen’s provocative yet entertaining presentation on “Jungian Film Studies and Jung’s History of the Symbol” served as a checkpoint for the popular film and its contemporary functions or dis-functions. It did so by addressing the quality of popular cinema’s interaction with the audience’s psyche. Christopher Hauke’s paper “Human Being Human: Film, Culture and Individuation” dealt with the Jungian concept of self-fulfilment and was much kinder in its treatment of the popular. Hauke focused on the role of the feminine in delivering the masculine in films like American Beauty or Truman Show. The discussion that followed was devoid of opposing arguments, but bathed in an atmosphere of understanding and co-operation, almost as if the presenters’ experience as practicing psychoanalytical therapists influenced the attendants’ responses to them.

Zizekians had the misfortune of being assigned their session at 8.30 in the morning. Judging from the level of interest of those few present, the papers by Pavle Levi, Todd McGowan, Robert Mikilitsch, and Mark Pizzato were thought provoking. Especially Pavle Levi’s introductory “Why is (Psycho-) Analysis Of Film Form Worth Fighting For?” brought in a fair deal of questioning. Yet, for most of that session I remained reasonably immune to its perils, trying to clutch on to a paper cup full of really unpleasant coffee and hoping that my rampant jetlag would not make me sleep-dribble over the nice Zizekian sitting in front of me.

The “Ethnicity, Race and Stardom” session, which was also set for 8.30am proved to be easier to digest at such an early time of the day. Pamela Robertson Wojcik’s paper on “Casting Characters”, which reviewed casting typology in American film industry, was especially striking in its methodological clarity. The relevance and accuracy of Wojcik’s findings were confirmed and reconfirmed by some members of the audience familiar with type casting as it is practised today. The following discussion focussed on the factual rather than the ideological, probably based on a justifiable assumption that the ideological implications of Wojcik’s findings were too obvious to be taken up.

Surprisingly, papers on Polish cinema attracted a small yet significant crowd, beyond the expectations of the presenters. Paul Coates read his piece on censorship and the ways in which animators were able to code highly political messages into their work without being caught out by censors of the communist Poland. Elizabeth Nazarian presented a well-received paper on Andrzej Munk’s Passenger (1963), in which she examined the symbolism of the internal tensions of Passenger‘s main character. Elzbieta Ostrowska’s paper on ethnoscapes in the films by Andrzej Wajda had broad implications for ways in which the concepts of national cinema can be defined in the context of its extratextuality. Mike Stevenson also examined, if somewhat indirectly, the concept of Polish national cinema by addressing the post-1989 productions largely neglected outside of Poland.

On the question of national cinema, Maeve Connolly presented a thoroughly engaging paper, again despite the early morning start, on Traveller (Comeford 1982). In it, she dissected the film treatment of Travellers, a sub-national minority group in Ireland. Similarly engaging, yet closer to home, was the paper presented by Canadian Sarah Matheson, who discussed the Canadian television show The King of Kensington. She analysed the ways in which the production constructed Canadian nationhood in terms of its cultural diversity, a phenomenon that is difficult to see paralleled in any recent Australian production of this sort.

Australian cinema was most significantly represented in the paper by Jennifer L. Gauthier, who – in a different session – spoke of the stolen generation, Aboriginal filmmaking and Rabbit Proof Fence. She argued that Noyce’s film had made a significant contribution to the process of reconciliation. Her perspective was all the more interesting given the freshness of an outsider’s point of view.

One definite highlight of the conference was the screening of recently restored silent films by Alice-Guy Blaché and, more notably, Lois Weber. While refusing to align herself with suffragettes, Weber made ‘thought films’ which focussed on ‘difficult’ issues of the day, including abortion, birth control, prostitution, promiscuity and poverty. Her silent era film, Shoes (1916) was given an early sound era make-over with a voiceover that ridiculed Weber’s original message on the choices made by a poverty-struck young woman. Because Shoes was undergoing restoration at the time of the conference, the 1932 sound version was screened together with Weber’s 95-minute feature from 1921 The Blot. Next to Alice-Guy Blaché’s entertaining A Fool and His Money (1912), which was one of very few films of that time with a black cast, both Lois Weber’s films impressed with their poetic sophistication of the image, and their powerful narratives. 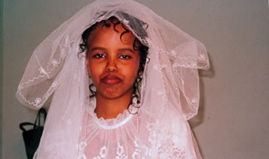 The Day I will Never Forget (2002) by Kim Longinotto from England was another screening with potent messages embedded in it. Longinotto took female circumcision as the subject of her 90-minute long documentary. Rather than focussing solely on the implications of the procedure, she followed a group of young African female villagers who took their families to court to gain a legal protection against their families’ attempts to circumcise them. They did win their case, which in the eyes of their mothers and fathers brought shame on the families who were now forbidden to carry out their tradition.

The conference of 2003 was less well-attended when compared to those held in previous years. This might have been due to the change in timing from mid-year to the beginning of March, or to the anti-terrorist panic that gripped the United States, or maybe even to a perceived lack of appeal of frosty Minneapolis. Yet, the conference’s success could still be measured in the high quality of some presentations, and even more so in the popularity of the bar in the Hilton where the conference was held. There, scores of presenters and attendants exchanged their ideas on cinema, media, the international film industry, but also life, death, magic and the ways in which all these intertwine into a fabric of everydayness.