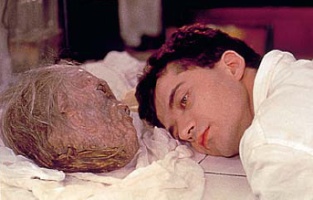 The cinema of France, more so than that of almost any other major filmmaking nation, has been defined, ever since its inception in 1895, by a proliferation of different cycles, styles and movements. From the dichotomous twin poles of the Lumière Brothers and Georges Méliès to the perceived new nouvelles vagues of Olivier Assayas and Christophe Honoré, a majority of the country’s greatest films and filmmakers have belonged (however broadly) to one school or another; or, at the very least (as in the case of, say, Jean-Pierre Melville or, more recently, Danièle Thompson, Mathieu Kassovitz or Pierre Salvadori), they have worked within a genre that has had contemporary currency and visibility.

A smaller number, though, can be thought of in a different way. On the one hand, they can exist in a generic form all their own (most prominently such “extreme” and challenging figures as Catherine Breillat, Claire Denis, Gaspar Noé or Bruno Dumont). Conversely, however, one can see certain directors working at the intersection between different modes, exhibiting the defining tropes of several whilst categorically belonging to none. Arnaud Desplechin is a pre-eminent example of this latter grouping. Since his debut, the short film La vie des morts in 1991 (which won the prestigious Prix Jean Vigo in France), he has been among his country’s most interesting and idiosyncratic directors. His rise to international fame and canonisation only came with his second feature film, Comment je me suis disputé… (ma vie sexuelle) (1996). His reputation was crystallised with the release of his fifth feature, Kings and Queen (2004), as was his interest in combining the true cinephile’s grab bag of stylistic and narrative devices and references with a detailed, un-patronising portrait of the all-too-real personal problems of chiefly middle-class professionals (something like the Woody Allen of Husbands and Wives [1992] by way of Christophe Honoré). However, while these are all supreme, singular films, their roots lay most overtly in Desplechin’s first feature: the paranoid thriller La Sentinelle.

It is through La Sentinelle that one can best elucidate Desplechin’s status as a director working at the confluence of various, divergent trends in French cinema: trends that are not, in fact, contemporaneous with it. The film can thus be said to look both backwards and forwards in time: to the nouvelle vague on the one hand, and to a new, contemporary brand of genre filmmaking on the other.

With regard to the former nouvelle vague luminary Jacques Rivette’s debut, Paris nous appartient (Paris Belongs to us, 1960), suggests itself as an apposite point of reference. This ambiguous film features a comparable thriller narrative in which a young protagonist is apparently assailed by mysterious international political forces, and finds herself trying to reconcile this with the more prosaic, quotidian details of her life, such as her relationships and involvement in a play. These two aspects then jostle for (personal and narrative) space, and begin increasingly to reflect and mirror one another as they increasingly intersect.

La Sentinelle does not feature quite the same level of narrative obfuscation as Rivette’s film. However, the feeling remains that its conspiracy plot is both an extrinsic device that provides a means of organising and shaping the totality of diverse events, characters and relationships; and an objective correlative to these often fractious, inchoate characters and relations. A majority of Desplechin’s films insist on a subtle self-reflexivity (another nouvelle vague holdover) that de-stabilises any semblance of narrative unity or homogeneity, as ostensibly divergent, discreet, mutually exclusive details and styles overlap but somehow always cohere – the one enriching the other. The whole of Kings and Queen is patterned thus: with Nora’s tragic story bleeding into and out of that of her ex-husband Ismaël, whose stay in a mental hospital facilitates a light-hearted, in many ways fantastical story as whimsical as hers is bleak. And so it is with La Sentinelle that recognisably messy and complex “real life” problems collide with a generically time-honoured story, a fantastical movie plot, both of which the film’s length (another Desplechin, and Rivette, trait) enabled to convincingly converge. Ultimately, it is unsurprising that, as an avowed devotee of both Alfred Hitchcock and Ingmar Bergman, Desplechin can combine the best of both these directors’ worlds to create a universe entirely his own.

There is, however, one key aspect of La Sentinelle that breaks markedly from the example of Paris nous appartient: the presence, or absence in Desplechin’s case, of the city of Paris itself. Indeed, La Sentinelle must rank as one of the most interior and hermetic films ever made in a thriller format and in one of the world’s most iconic cities. The action only sporadically occurs in exteriors, and even then Desplechin composes his frame so as to admit almost none of the city into the typically claustrophobic shots. This emphasis on interiority, which is slyly narrativised in the protagonist’s excavation of a human head, reconfigures the film’s otherwise naturalistic mise en scène as a psychological rather than a physical space.

Indeed, in the very first scene, a diplomat tells the story of how Churchill and Stalin cynically divided up the world between the new post-war axis powers in 1945. It is certainly a discussion with narrative relevance to the film, which is set soon after the collapse of the Soviet Union and another change in the world order. But immediately following this story, another figure says in response that everything has changed now: to which the diplomat replies, “Yes. The resistance, the camps: it’s as if we dreamed it all.” The central character, Mathias, will enter; perhaps even narrate himself into being, a dreamlike scenario within which he can attain a measure of agency and centrality at least partially denied him elsewhere. This sense of the past as dream can also be seen as connoting Mathias’ (and his generation’s) distance from history and the world: that they remain as distinct as a film does from real, personal, lived life.

Also de-stabilising La Sentinelle’s conspiracy plot is another element it shares with Paris nous appartient: a preoccupation with on the theatre and theatricality. It is typical of Desplechin’s eclecticism and openness to stylistic and narrative bricolage that this should take the form of a subtle appropriation of Japanese Noh theatre, from which he borrows the distinctive ornamental flute that permeates the score, as well as its precise formality (like most of Desplechin’s films, La Sentinelle is broken into chapters, of which the first, “The Ghost”, echoes the Noh repertoire’s predilection for the supernatural). The opening shot of the film works to establish a theatrical lexicon, as a static and empty shot is held for a comparatively long time before a car glides into frame in the manner of a stage entrance. Thereafter, narrative causality becomes more convoluted, excessive and artificial (more like a Claude Chabrol film). Until Mathias, like an actor in a play, figuratively becomes another person, enters (in his sanatorium) into another world.

In contrast to La Sentinelle looking back to Rivette, the strange scenario of the film means that it can also be read as an anticipatory text: a film that prefigures a recently prevalent strain of French filmmaking in which a surreal incident provides the catalyst for an examination of the breakdown of the bourgeois family unit. Films such as Dominik Moll’s Harry, He’s Here to Help (2000) and Lemming (2005), Michael Haneke’s Caché/Hidden (2005), Brice Cauvin’s Hotel Harabati (2006) and Emmanuel Carrère’s La Moustache (2005), are foremost examples of this type of disquieting narrative, and La Sentinelle’s mummified head works in a similar way. Writing about this sub-genre in Sight and Sound, Michael Atkinson notes that with these films: “we’ll meet in our dreams. The ripples and eruptions of the unconscious… take centre stage.” (1) Desplechin’s subject is not the family in peril; but nonetheless the strange, almost-McGuffin-like of the head, and the events that transpire around it, reverberate as much in the psyche as in the world outside: the absurd theatre of the life inside the mind.