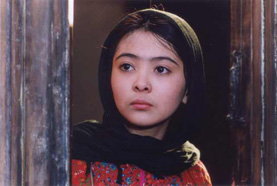 Censorship, lepers, allegory, half-made cinema, self-conscious naivety, neo neo-realism, national cinephilia, ellipses, existential voids, co-productions and childhood memories of Walt Disney after the revolution. These were only some of the themes at the Imaging Iran Symposium at University of NSW. Surprisingly after more than a decade of spotlighting by international film festivals, this was the first serious symposium on Iranian cinema in Australia.

As a fan of a couple of the more prominent New Iranian films, I found this to be a terrific introduction to some of the thinking in the field. Unlike those of other such events, the audience and participants not only included cinephilic film scholars but a broad community of Iranian cinephiles and this lead the discussion into a variety of different perspectives. It was wonderful to hear about the childhood film-going experiences of Shokufeh Kavani – to get a sense of what she described as the close bond between everyday life and cinema, and just how important cinema is for the national fabric of Iran. Omid Honari shared his filmmaking exploits in Iran, narrating the convoluted government funding structures, the peculiarities of the local film industry and how he worked through the possibilities for co-productions. Not surprisingly, the films of Abbas Kiarostami generated much of the discussion, but this was complemented with strong papers exploring the work of other important directors such as Majid Majidi, the Makhmalbafs, Bahram Beizaei and, Iran’s most famous poet, Forough Farrokhzad.

The three papers on Abbas Kiarostami by Granaz Moussavi, Hamish Ford and Adrian Danks were united in their sophisticated readings of the great master’s poetics and in examining his continuous challenging of audiences by playing with conventional narrative and documentary expectations in sparkling meditations on existence and the art of cinema.

Over the past ten years or so Kiarostami has become a darling of art cinema with his economical, self-conscious blurring of artifice and seemingly unmediated realism that invites audiences to complete the blanks, become involved, share in the creation of meaning, while intermittently unsettling their expectations. This makes for an engaging and poetic experience rather than conventional entertainment but it is one that may also frustrate some audiences. Ford noted that “Western critics have tended to see Abbas Kiarostami as a ‘humanist’ filmmaker, an exciting new non-Western ‘modernist’ innovator, or a living embodiment of liberal-progressive Persian art and culture – or a combination of the above.” (1)

Granaz Moussavi and Ford mined the rich ground of Kiarostami as a paradoxical, elliptical filmmaker who represents only part of an indeterminately constructed fictional world where the viewers must construct the rest of the film for themselves. Kiarostami himself claims that he is often not trying to say anything but to open up his images to myriad interpretations.

I believe in a cinema which gives more possibilities and more time to its viewer – a half-fabricated cinema, an unfinished cinema that is completed by the creative spirit of the viewer, [so that] all of a sudden we have a hundred films. (2) 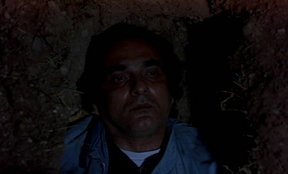 Examining the “half-said” and the imagined outside the frame has become a well-established approach to reading Kiarostami’s work. However Moussavi’s productive analysis examines this “half-made” filmmaking through Kiarostami’s formal cinematic techniques such as open-endings, long dark-screen shots, unconventional sound and off-screen space that allows the viewer to become a co-creator whose imagination is as crucial as the filmmaker’s. In discussing the controversial ending of Tam-e Gilas (Taste of Cherry) (1997), Moussavi argues that “Kiarostami’s idea of ‘Unfinished Cinema’ in this scene is due not so much to an implied answer or a choice between alternatives (such as the final parting scene in Zir-e Derakhtan-e Zeytun [Through the Olive Trees] [1994]) but an explosion of the fiction, revealing its own fictionality.” Hamish Ford took an alternative approach, suggesting that Taste of Cherry was a complex nihilistic meditation “that both enables our creative participation and constantly threatens afresh to unravel the particular film we are co-authoring in our heads.” In reading the cement site and final video documentary scenes he argued against the warm naïve humanist position frequently taken up by Kiarostami’s critics. Ford sees the final scene as radical, compelling, devastating nihilism:

We might be able to deal with driving into the void once, but its second newly reflexive video assault upon us only serves to undermine and offend any acclimatised hermetic comfort we may have co-authored and built up over 90 minutes – an engagement that can be cut down so easily by moving images’ – here video’s – radically vertiginous potential.

Adrian Danks developed this theme by examining the large number of Iranian films about filmmaking through a close reading of Kiarostami’s Namay-e Nazdik (Close-Up) (1990) with its meta-cinematic realm where everyone is a potential actor. He argued that this preoccupation is related to both the specificity of Iranian cinema (a long-standing cinephilia in Iran, the close relation of filmmaking to public life, specific censorship provisions, the importance of such “meta” qualities in Iranian/Persian culture more generally) and to broader trends in global cinema (it also becomes a key way that Iranian cinema short circuits common Western claims about its unfettered, and some might claim naïve, realism). Highlighting the power of cinema as a transformative medium, Danks concluded that “amongst the most remarkable qualities of the New Iranian Cinema are the ways in which it reorganises and makes us think anew the relationship between fact and fantasy, fictional narrative and ‘documentary’ realist cinema.”

Michelle Langford delved deeply into the theme of the necessity of ambiguity in Iranian cinema in the post-revolutionary period not only in reference to strict Islamic censorship, but by finding its basis in the traditions of Persian mystic poetry where desire is attributed to Divine, spiritual love rather than earthly, bodily love. A good deal of the erotic pleasure of watching Iranian cinema for Western audiences may be contained in the restrictions of what cannot be seen: the veils, the restrictions of movement and contact between bodies of the opposite sex. Working through the sublime lollipop scene from Roozi Keh Zan Shodam (The Day I Became a Woman) (Marziyeh Meshkini, 2000), Langford demonstrated how the prohibition of all physical and ocular contact between men and women (in this case children) effects the kinds of cinematic techniques that may be used by filmmakers where eyeline matches and point of view shots are consciously avoided in a process of self-censorship that in a sense becomes a playful self-reflexive cinematic technique. Langford argued “that this scene works by evoking through sound (the highly suggestive slurping sucking sounds of the children sharing the lollipop) the bodily sensations not only of the characters, but the spectators in the cinema.” The children separated by the high wall are “effectively kissing us, as we become the mediators of their intimacy, the ones who fill in the gaps, and imagine that which cannot or should not be shown.” She then moved on to examine the eroticised positioning of the spectator in Majidi’s domestic melodrama Baran (2001). She argued that the audience’s desire is stimulated precisely because the relationship between the film’s characters cannot be consummated on the screen. “The film’s melodrama is expressed throughout, not by the excessive outbursts of emotion, familiar from the classical Hollywood melodramas à la Douglas Sirk, but by an excessive minimalism of emotion and restraint, inviting the viewer to read into the text, and to project her emotions onto the screen.” The images from the opening of the film and the subsequent scene later in the film that focussed on the girl picking up tomatoes were viscerally erotic in image and especially sound. 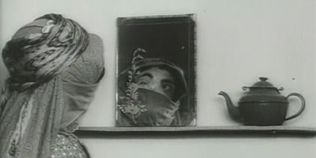 In introducing Forough Farrokhzad’s astounding short documentary, Khaneh siah ast (The House is Black) (1963), Khosrow Shahriari provided a fascinating pre-history to the current Iranian cinema boom. He highlighted that the 1960s was a significant decade for Iranian cinema, with 25 commercial films produced annually on average throughout the early ‘60s, increasing to 65 by the end of the decade. The majority of production focused on melodrama and thrillers and the ‘60s also saw a simultaneous increase in the severity of censorship. By claiming “the Iranian mass audience was inundated by extensive commercial propaganda, and offered entertainment through the lumpenism in melodramatic cinema”, he highlighted an incongruity in Iranian cinema studies. While Western commercial cinema enjoys extensive discussion in the West, there appears to be far less interest in the commercial production of other national cinemas. The lack of funding may have forced Iranian directors to develop a meta-cinema that gained popularity among connoisseurs of the ambivalent. The severity of censorship may have pushed production into allegory and allusions of the half-made and subsequently into the Western audiences’ embrace of high art and modernist values. An important development, given the persistent focus on intellectual art by students of Iranian cinema, is research into popular culture and commercial tastes. Omid Honari stated that the commercial Iranian cinema genre is largely unknown in the West as the films are targeted at local audiences. Honari identified two categories of this type of film. The first is what many critics label as “propaganda” films. Many of these films relate to the victory of the Islamic Revolution of 1979 and the ensuing Iran–Iraq war, and are filled with strong religious motifs. The second category, loosely defined as the “unofficial Hollywood remake”, consists of movies that are highly formulaic, cast with popular actors and possess the typical elements of India’s popular cinema in their appeal (of course, with distinct differences). They tell stories of unrequited love where the hero and his love interest don’t so much kiss but walk off into the metaphorical sunset as the end-credits roll. Honari suggests that the appeal of these films lies in their “western” attributes, which contributes significantly to the escapism they offer. Part of the appeal of these commercial “remakes” is in their “non-Iranian” identity.

For people new to Iranian cinema the symposium was an effective and broad-ranging introduction to its study and appreciation. It remains the challenge for film scholars to continue to plough the fecund possibilities for imagining and re-imagining Iran through cinema.