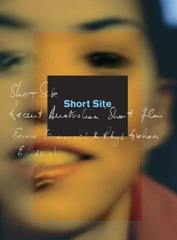 Short films roam the Australian landscape in packs. While largely a nomadic species, their chosen habitats consist of festivals and specialist screenings in galleries or dimly lit bars, their numbers providing a protective shield from the slings and arrows of a harsh critical environment. In a festival like Tropfest, now the largest short film festival in the world, audiences are treated to a parade of Australia’s “next wave” of filmmaking talent and the festival is used as a barometer for the future of the industry and a springboard for finalists onto bigger (read – longer) things. Short films are rarely given the opportunity to stand on their own. At festivals such as the Melbourne International Film Festival, the quality of the shorts program is judged from a curatorial perspective, rather than by the quality of the individual films, and when a short is seen away from its family it is dwarfed by a feature shown immediately after it, making a little quiet contemplation impossible. Few would argue that short films have any less artistic merit than their feature length cousins but their very “shortness” makes individual screenings impossible for obvious reasons. Emma Crimmings and Rhys Graham, editors of Short Site: Recent Australian Short Film, attempt to redress this imbalance by laying out ten Australian shorts for detailed examination, resulting in a text that unveils the intricacies and back stories of the individual films and the people who made them.

Of course, apart from including a DVD inside the book’s jacket, there is no way to ensure that their readers have seen each film under discussion. Crimmings and Graham appear very aware of this and have cleverly structured Short Site in a way that either elicits a further appreciation of a film already seen or encourages the reader who hasn’t seen it to go out and look for it (Crimmings and Graham make it clear in the opening pages that most of the films are available from the Australian Centre for the Moving Image [ACMI)] lending collection). Each chapter includes a critical discussion of one of the films by Australian writers (including the editors), an interview with the key filmmakers (most often the director and writer), and the script that went into production. This approach gives a nicely rounded perspective, providing three possible ways of studying each film either before or after watching it. The last pages of the book include short biographies of the filmmakers, pointing readers to other works by the same author and including a brief career trajectory that led them to the film’s debut.

As the editors spell out in its opening pages, the book’s aim is to foster serious critical discussion about short film. Some of the ten films selected happen to be award-winning, like the ubiquitous Harvie Krumpet (Adam Elliot, 2003). Some happen to be made by filmmakers that have since gone on to make widely recognised features, such as Cate Shortland and Kriv Stenders. And then others just happen to be really good, such as The Meat Game (Shannon Sleeth, 2001). The selected films elicited a strong emotional response in the editors or, as they say in the introduction, are films that “made the heart beat or the pulse quicken” (p.7). Having seen eight of the ten films on offer, I can’t argue with the selection. These ten films represent a cross-section of outstanding talent and an impressive array of subject matter and styles. The book is a showcase of Australian talent and a celebration of Australian cinema – nothing wrong with that. Short Site could never be seen as an impartial look at new Australian short film. Not only do the selection criteria inhibit such a reading, but also many of the critical responses to the films are more emotional responses, always positive and built around a critical framework. Thus the book becomes the spark for critical discussion and debate, not the debate itself. Of particular note is the contribution by Christos Tsiolkas, whose examination of Stender’s Two/Out (1998) goes far beyond praise for a film he so obviously admires and extends to a discussion about the film’s place in Australia’s socio-political fabric as not only an honest depiction of prison life but a chilling portrayal of what he calls “perverted masculinity” (240).

Of course, a book about short film can never hope to fully recreate the atmosphere of the texts around which it is based, but this is not the intention of its editors. Some of the scripts published in Short Site were altered dramatically during filming or post-production, others are faithful to their final incarnation and are detailed enough to create a little film in the reader’s head. I watched Ivan Sen’s Dust (2000) after reading Short Site and found that the filmmaker keeps much of the film’s magic locked in his brain until the shoot and post-production. The script is dry, bare and a little trite, and only hints at the complexities and rhythms of its future form. The opening lines of the script appear too deliberate on paper but when spoken via evenly paced close ups of an old woman’s mouth or a young boy’s eyes looking back through a rear vision mirror, the same words become the foundations of a family history that we are forced to ponder. Music is a key cast member of Dust and another reason the script speaks so little about its final product. Long and lonely guitar riffs complement some very beautiful long shots of the workers on the cotton field adding “length” and depth to the 23-minute film and echoing eerily through long periods that include little or no dialogue. As he reveals in the Short Site interview, Sen deliberately did little planning for Dust’s shoot or post-production, welcoming the potential for chaos and trusting the instinct of his mind’s eye. This is why the three-fold approach of each chapter – critical discussion, interview, script – works. In the case of Dust, when placed next to its director’s interview, the sparse script becomes an interesting snapshot of a creative process in transit rather than a general outline of events to be filmed.

Most of Short Site’s interviews spend time discussing the filmmaker’s thoughts on short film as a medium. All of the interviews were conducted specifically for the book and contain little biographic detail, unless incidental, and focus more on the filmmaker’s thought processes surrounding the film’s creation. As the book progresses, a common theme begins to surface: short films have an advantage over features – they provide a space in which one idea/memory/feeling can be fleshed out/played with/questioned to within an inch of its life. Its concentrated form means there is no room for extrapolation, no room for error. This is itself a justification for the book’s existence. The beauty of many a short film is its power to resonate after only a few minutes on screen. If this resonance is inhibited because of the mode of its reception (group screenings or preceding a feature-length film), then books like Short Site provide an avenue in which the mind can dwell on a particular work and give it the time that all those credits at the end justify.

Short Site: Recent Australian Short Film is an elegant plea for recognition of the short film as something beyond the kick-start of a young filmmaker’s career. Film stills, production notes and pieces of storyboards are scattered throughout chapters already full of imagery and atmosphere conjured by interviews, examinations and scripts. It is a beautifully presented, well-structured and inviting read, suitable for anyone with an interest in contemporary cinema. It’s easy to imagine the book as the first in the beginning of a series on Australian short film, the following volumes covering more specific themes or genres such as love stories, recent animation, or award winners. For now, Short Site provides the first words of a conversation long overdue while simultaneously celebrating an industry brimming with possibility.