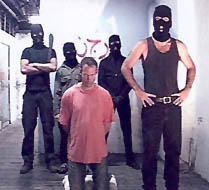 This year’s St Kilda Film Festival (SKFF), held in Melbourne’s famous beachside suburb, introduced some changes in the programming volume, selection and general conception that may significantly impact the future of the festival. The changes are reflected in the reduced number of films, and more emphasis on international retrospectives, technical innovations and new forms of filmmaking. Paul Harris has been Festival Director since 1999, and this year viewed approximately 600 films as part of the selection process. Harris introduced the idea to gradually reduce the number of films at SKFF from 200 to 100, and pitch the SKFF to sponsors and film lovers as the display of the best 100 Australian short films. The screening of the best short films from Berlin and Aspen Festivals continued the international presence at SKFF, while the Siemens Micromovies competition ensured the promotion of emerging new forms of filmmaking, this time providing the opportunity for those using mobile phones to produce short films. This resulted in a heightened interest by the Melbourne public and longer cues in front of the George Cinemas. At a time of continual media debate over the “precarious” situation in the Australian cinema, SKFF once again proved that its major aim is to exhibit and promote the most exciting, innovative and stimulating work of local filmmakers. 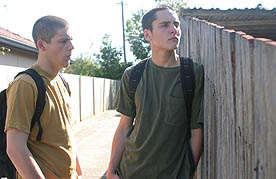 Screened on the Opening Night, Chi Yen Ooi’s My Sister (2004) is a poetic story about cultural identity. Andrew Kotatko’s Everything Goes (2004), based on Raymond Carver’s prose, featured Hugo Weaving, Abbie Cornish and Sullivan Stapleton in a romantic tale about suburban encounters and was warmly welcomed by the audience. Mike Bullen’s Amorality Tale (2004), on the other hand, was less romantic in its examination of moral choice in a middle class milieu and a bizarre adulterous affair at an interstate business conference. Splintered (Peter Templeman, 2004), The Umbrella Man (Matt Norman, 2005), Barely Visible (Jody Dwyer, 2005), The Runner (Nick Robertson, 2004) and Broken Bonds (Ashley Sillifant, 2005), and thriller– action dramas The Writer (Matt Norman, 2005) and Lucky (Nash Edgerton, 2005) also drew considerable attention from the audience during the Festival’s six days.

The Best Short Film winner, Splintered explores the ethical dilemmas facing Gavin, a teenager who abandons his best friend at the scene of their crime. Splintered affords the viewer/audience an engaging tale of guilt, friendship and ethical culpability. Superbly scripted, edited and performed, Splintered, hopefully, heralds a new generation of Australian films, favouring frugal dialogue and the unlimited possibilities of cinematic subtext to long, weary dialogues that do not leave much to the audience’s imagination. Templeman received the award for the Best Director for Splintered and also the Best Comedy award for his Milk Men: Can We Deliver (2004), a humorous story about the alternative use of male mammary glands.

In Abe Forsythe’s Hostage (2005), a quirky, absurdist comedy, a group of Islamic fundamentalists, somewhere in Iraq, film the beheading of a hostage while experiencing those pesky problems most filmmakers face on set: their forgetting their lines, problems lining up the shot, undisciplined extras, a lack of concentration. Dedicated to the three leaders of the “Coalition of the Willing”, the film emerges as a hilarious vignette, satirising Western exploitation of violence in the media, quickly adopted by the fundamentalists in the form of gruesome, grotesque reality television. Other notable comedies included Zoe Carides’ directorial debut Gifted (2005), Moustache (Vicky Sugars, 2004) Out of Sync (Jamie Oxenbould, 2005) and In the Can (Damian McLindon, 2003). 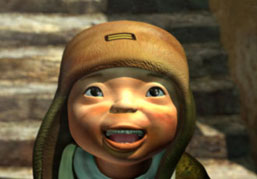 The most interesting animation works included the Academy Award nominee, Birthday Boy (Sejong Park, 2004), a poetic adaptation of a Russian folk tale, The Twelve Months (Nix, 2005), Nathan Stone’s Tooth (2004) and Mick Elliot’s After Dolly (2005) with a promise that, after the Cannes success of Clara (Van Sowerwine, 2004), next year’s SKFF will feature yet another in a series of Australian animation sensations.

Australian documentaries screened at the SKFF yet again confirmed the high quality of this dynamic branch of local film production. Writer/director Eddie Martin’s Jissoe (2004) was an absorbing portrait of a graffiti artist and his passion. Paul’s Beautiful Laundrette (Glenda Tobias, 2004) afforded the audience a different kind of passion – a modest, unpretentious portrait of a man who obsessively cares for his environment. Bayden Findlay’s film Critchley (2004) examines the legacy of Critchley Parker, who in 1942, during the Holocaust, went on a search for a piece of land for the Jewish refugees in Tasmania’s southwest. Historical exploration is also the focus of Same Place, Different Face (Elizabeth Clancy, Kylie-Rose Douglas, 2005), another documentary film that uses archival material and voice-over to masterfully examine the legacy of one of Melbourne’s most popular suburbs – St Kilda.

It is not surprising that the global obsession with micro narratives found its new form at the major Australian film festival exhibiting… short films. This year SKFF introduced the Siemens Micromovie Award, aimed at promoting the work of the use of mobile phone technology to make “shorter” short movies. Five months prior to the festival, Siemens distributed 100 of its mobile phones to filmmakers Australia and South East Asia keen to develop their ideas into a new narrative form. Twelve were selected and their 90-second films were screened prior to most short film sessions. The finalists, eight Australian, two Indonesian, a Chinese and a Malaysian entry, were screened at the launch of the competition at the St Kilda Metropol, which attracted a large number of guests. The winner, Damon Herriman’s Peephole (Australia), is a charming vignette with a twist, about the anxieties of a blind date. Herriman’s story, filmed in one shot through a peephole, focuses on Steve, who arranged to meet Susan at her apartment. He becomes annoyed, knocking on her door without response, and begins a heated monologue revealing his frustrations. Until the door behind him finally opens… 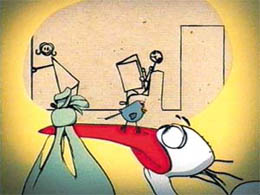 International short films emerged as a significant component of this year’s festival. Interfilm Berlin was present with two programs, Short Attack and Confrontations. Short Attack featured some of the best shorts screened at Berlin and afforded the audience the opportunity to acquaint themselves with recent trends in European short film, and in particular the amalgamation of film and animation techniques. Oliver Held’s Spring/Jump (Germany, 2002) is a deconstructive narrative of nine year-old Franz’s first jump from a diving board. Klaus Morschheuser’s animation Der Storch (The Stork) (Germany, 2002) tells a tale of a stork annoyed in the job of delivering a baby by a mischievous sparrow on its beak. Nosfératu Tango (Zoltan Horvath, Switzerland, 2002) is a comic/melodramatic narrative about a mosquito in love with the Prince of the Vampires, Susanne Quester’s Finow (Germany, 2002) is an ironic social reportage about a group of kids playing in the forest, and C Block Story (Cristian Nemescu, Romania, 2002) in a serio-comic fashion deals with the economic repercussions of the post-communist transition in Eastern Europe.

The second program, Confrontations, presented films with one common component: the examination of conflict and its consequences from a variety of different angles. The Polish film Koniec Wojny (End of War) (Tomassz Szafranski, 2003) deals with the brutality and physical violence of war. From South Africa, the animated And There is the Dust (Lara Foot-Newton, 2004) conveys the no-go zones of a small town evoking the horrendous, violent rape that occurred there. Steve Hudson’s Goodbye (Germany, 2004), about a single mother arrested for drug possession, provides food for thought for those interested in the human complexities of society’s war against drugs.

The program also featured films that examine intolerance in a more entertaining and relaxed fashion. L’Axe du mal (Axis of Evil) (Pascal Lievre, Canada, 2004), used the “Axis of Evil” speech by George W. Bush for a music re-visitation of the 1980s Jermaine Jackson and Pia Zadora hit “When the Rain Begins to Fall”. Alice et moi (Alice and I) (Micha Wald, Belgium, 2004) compares the views of the young and the older generations of European Jews on issues of interracial marriage and the ongoing crisis in the Middle Mast, during a trip to the Belgian seashore. Clay Pride: Being Clay in America (David Karlsberg, Jonathan Watts, USA, 2001) cutely tracks Steve’s coming out of the plasticine closet, ironically playing with media clichés and political correctness.

The selection from the Aspen Shorts Fest, the leading festival of American shorts, featured, among other films, a Bill Plympton animation, Guard Dog (2004), John Harden’s entertaining homage to sci-fi and French film, La Vie d’un chien (2004) and a slow, nostalgic film by Sterlin Harjo, Goodnight Irene (2004), set in the waiting room of a local clinic in the Seminole territory. The latter film was for many, including the author of this article, one of the revelations of the festival.

The Almost Famous program showcased the student films of now-legendary Hollywood filmmakers. It began with George Lucas’ homage to the celebrated DJ, Bod Hudson, The Emperor (1967). The program also screened Robert Zemeckis’ A Field of Honor (1975), an entertaining parody about a Vietnam veteran’s problems to acclimatise at home, the Academy Award laureate, The Resurrection of Broncho Billy (1970), directed by James R. Rokos and co-written by John Carpenter, and John Lasseter’s animation, Lady and the Lamp (1979).

This year’s SKFF focused on a reduced but more representative sample of the Australian short film production. Pitched as the showcase of the 100 best Australian short films, it also placed special emphasis on a variety of international programs and introduced new filmmaking categories initiating a significant step towards a new festival format. It will be interesting to observe whether these changes impact on the long-term shape of SKFF. It is certain, however, that they herald a period of strengthening of its local and international reputation.