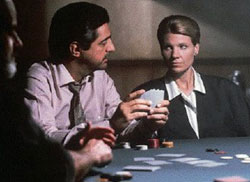 This list has nothing to do with the Ten Best of All Time; it’s just a sample taken from that army of films which spends the days gathering dust on the el cheapo shelves of the local video library. It’s doubtful if any movie on my list will ever be the subject of scholarly analysis; perhaps a flash of recognition and a respectful comment en passant is the best they can hope for. Yet I find each of the ten to be completely satisfying in their own distinctive way. Unassuming and quietly competent, every single one does its job admirably. So give them a treat, folks, and let them once again feel the warmth of an operating VCR.

In no special order of merit: