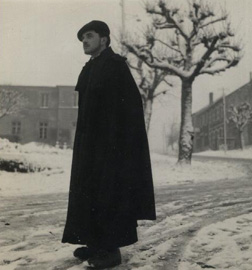 When is the 50th anniversary of the French New Wave?

In 2007, the Australian Cinémathèque hosted its extensive celebration, suggesting either Truffaut’s short, Les Mistons, from 1957, as their point of reference and/or Françoise Giroud’s surveys on French youth entitled, La Nouvelle Vague, published in L’Express. (1)

Still, a case could also be made for 2008, since the year that Chabrol shot Le Beau Serge and Jacques Rivette started shooting Paris nous appartient coincides with Charles de Gaulle’s inauguration of the Fifth Republic. His new government symbolized change and renewal as well as a break with the impasse of the Fourth Republic, just as the New Wave ushered in a breath of fresh air in the corporatism of French cinema of the day. 2008 also marks the double anniversary of André Bazin (1918-58), co-founder of Cahiers du Cinéma and important mentor to the young Turks. 1958 has also the advantage of aligning that youthful sea change with its momentous successor a decade later.

In thinking about this anniversary, I decided to review my archives. For my dissertation on Godard, I conducted between 1998 and 2000 numerous interviews with many of the New Wave collaborators. The work of the Annales historians, whose work teases out social history from small events, has influenced my own approach. I didn’t have access to the big man but I did to many who worked with him. For my own tribute to the French New Wave, I have chosen here my interviews with Charles Bitsch. Although not as well known as Godard, Truffaut, Chabrol, Rivette and Eric Rohmer, Bitsch was with them from the beginning and worked with all of them, in particular with Godard. He was their compagnon de route.

In speaking with Bitsch, my purpose was twofold. First: to have a better idea of the quotidian life of Bitsch and his friends. Second: to gain a greater insight into Godard’s approach as a filmmaker. (2)

As Bitsch makes clear in our discussions, his goal was always to direct films himself. Most of his films were shot for French Television and remain unfortunately difficult to see. My viewing of his Le Marteau-piqueur (The Jackhammer, 1981) intimates his particular gift for comedy. Luc Moullet’s fine appraisal of him as a filmmaker, here included in translation following the interview, suggests the importance of making his work available to the general public. Completing this highlight on Charles Bitsch is the interview he and André Bazin did at Cannes in 1958 with Orson Welles.

Photograph from the collection of Charles Bitsch. All rights reserved.