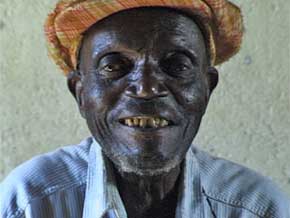 Love – Work – Cinema. This motto seemed to me something real and grounded and I was looking forward to discovering the richness and breadth of contemporary Austrian filmmaking as it was my first time attending the Diagonale Festival of Austrian Film, held every year in Graz, Austria. And stepping into the festival office gave me an impression of what that meant this year. It was the last festival for Festival Director Birgit Flos, practically torn apart by the Austrian press for her way of leading the festival over the last four years. As she said later at the press conference, she felt she was highly “underrated”. By whom? The press? The filmmakers? Or the audience? Many Austrian citizens never tire of stating that Austria is a small country and its film industry is considered a bit of a sandpit where one can watch suspiciously who is playing in it and what they’re up to. Some even whispered that the spectacle in the Austrian pit is more scrutinised if the player is a woman – and German, too.

After this, also discussed was the topic of film subsidy, but I wouldn’t really call it a “discussion”. It was non-stop wailing if you ever found yourself seated down for a chat with a filmmaker, male or female. Yes, they see themselves as artists, of course. Wild artists, with bothersome opinions which they feel the need to transmit to the rest of the world, for whatever reason. And they want film subsidy? It didn’t sound very logical to me. As the charismatic Austrian director Peter Kern said: “If you need to make a film, just do it, sell your house and family, sell yourself. If you really want to make a film nothing will stop you!” So at the Diagonale I encountered these two camps just as at any other film festival: those who consider themselves artists with the expectation to make films and be subsidised for it, and those who treat the business as an everyday job. To be a filmmaker it seems you have to make your choice.

As a festival-goer, I had to make my choice from the program. I will start with the program on film artist Michael Pilz called “The erotic of emptiness”. As he wrote: “Making films is a silver-tongued action, there is nothing to say.” Pilz is extraordinary in his manner of being a stranger, always in dialogue with his camera, and having his camera always in constant dialogue with everything it is surrounded by. Reality is nothing. Your own reality is everything. Pilz seems constantly connected to his expanding universe inside. He forgoes any decoding of signs. If this sounds easy to watch, it is not. It is a strange way to follow someone: have you ever tried to step into a cinematographic poem? When even the director himself leaves no footsteps it is difficult to follow.

And sometimes the reason for that is simple. In Gwenyambira Simon Mashoko (2002) Pilz implicitly questions our all-wrong expectations concerning documentaries. A portrait of the late Zimbabwean musician Simon Mashoko is promised but, more than this, Pilz creates an excellent feeling of disenchantment with off-the-shelf TV productions. He takes his time – nearly four hours – there are no subtitles, no cosmetic time-abridging editing. How much time do you need to get closer to a person, closer to a culture, to a language you don’t speak? It is Pilz’s musical knowledge of rhythm – he himself is a piano player and composer – that lends him his masterly way of editing. Every film is always guided by the filmmaker’s will but Pilz gives the impression that his films have a will of their own and he is just the one who takes the camera and makes them happen. But this perhaps sounds too romantic when talking of Pilz, for he is a very hard-working ascetic. Gwenyambira Simon Mashoko doesn’t reveal anything that Pilz learned about the musician or his music. The filmmaker clearly indicates that he didn’t understand his words, but does this without any question mark. And it is all about the viewers’ expectations, so Pilz turns ours on its head. Of course we are not able to understand someone speaking in a foreign language after four hours without subtitles, but what exactly makes us think we could anyway? In Gwenyambira Simon Mashoko, Pilz intermixes real and highly sensual images and sounds. Usual portraits provide the essence of a given person’s work, life, family and business. This cinematic representation has even snuck into real life and often into human behavioural expectations: we expect a clear trajectory or structure in any person’s behaviour, we expect certain results. But nothing in life will ever be straight to the point. Pilz knows this. 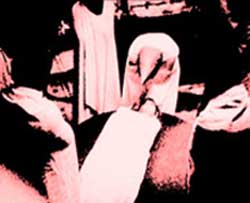 The festival also focused on the artist Dietmar Brehm, and after watching and listening to Michael Pilz in his Q&As, one couldn’t imagine a greater contrast. By being in the presence of Brehm, with his short sentences, pressed out in a staccato-voice, and his animated hands describing huge circles, I was pulled back to earth again. Brehm makes one dizzy with his love for technical metamorphoses. So, we encounter him using 16mm or High8 material, making it overexposed, turning it into a negative, then shortening it, then colouring it and using strained editing and so on: voilà! We feel the photographer for every second, in every single frame and Brehm takes us onto a journey into the land of alienation. The sound track is not any less spectacular: rasping, door slamming, echoing, dark sounds, telephone ringing, birds. The Diagonale program contained his recent, ongoing Praxis serial. After the screening of Praxis 1-3, with about 30 spectators in the audience waiting for him to speak his words, he stepped up, took the microphone and added that the curtain was closed and he was missing some applause. Cut. Yes, it was only silence after the screening, but didn’t he take even one close look at the audience? I did and all I saw were sparkling eyes and red cheeks. For me it was clear that the audience was completely touched by the screening and I thought it was kind and respectful of them to not scream and shout but rather to sit still and wait for him. But Brehm didn’t. Still, later it wasn’t all that bad and you could see him standing in the foyer, talking to admiring audience members. A colleague at the Austrian Filmmuseum later told me that he was working on Brehm’s archive and that the filmmaker was always happy to talk about his work in detail, so some diva behaviour is perhaps sometimes needed for a good show.

Jörg Kalt was represented at the festival with a little tribute containing five films: Richtung Zukunft durch die Nacht (2002), Taste The Waste (1995), Living in a Box (2000), Kalt kocht (1999/2008) and Jörg Kalt im Hotel Europa 2006 (2006/2007), which was part of his installation The Europa-Tapes. For me Richtung Zukunft durch die Nacht exemplifies the pure essence of experimental filmmaking so evident in his work. It is about love and time, where two people fall in love; later she leaves him and time passes in reverse. The film starts with the story’s end, and finishes in its middle, only to go back to its beginning and to finally end there. To make all this time mix-up more “rational” Kalt also shot in reverse, and even the director’s instructions on the set were spoken in reverse. Kalt loved to produce a special kind of unreality that feels real for just a moment. Unfortunately there is nothing more to come: for his own reality is that he committed suicide last year.

Concerning the Austrian feature films, one problematic tendency was clearly noticeable: the ubiquitous television-co-production. Film production should be made for the big screen, but I saw a lot that was artistically compromised with a later broadcast TV, whether in sound-editing or, even more visibly, in the camera work and, last but not least, in the acting. Too many scenes were simply not composed for the theatrical screen but for a small picture at home. A film with a great story and fantastic actors but ruined by these factors was Ein halbes Leben by Nikolaus Leytner, in which a father (Matthias Habich) can’t accept his daughter’s murder, even though the killer was never found. Twenty years later a DNA analysis opens up new perspectives and the film presents the killer’s life in the neighbourhood, where he is now a father himself. It is only a matter of time that both men’s paths will inevitably cross some day. To me, the dialogue sounded just like that found on television, and the actors seem wasted on bad material, as the film exists not for cinema but clearly for TV. 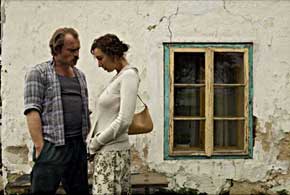 The beautiful Revanche by Götz Spielmann also suffers the same affliction, but thanks to the talents of its director of photography Martin Gschlacht it is not that obvious. Spielmann tells the story of two couples in their thirties; one is a young policeman and his wife who are doing their best to live an accepted bourgeois life in the country and who still have no children; the other couple is formed by a young prostitute and her ex-con procurer, who want to free themselves of the urban red light district they live in. For that they need money – a bank robbery is planned quickly and so all four come together in a fateful moment: the policeman kills the prostitute and the procurer is subsequently bent on revenge. Spielmann is a pure dreamer but clearly fond of his story: he presents a type of country life that just doesn’t exist anymore, and he renders the red light district in a style as old fashioned as possible. But in the end the focus is on the main character of the ex-con played by Johannes Krisch who gives a performance of equal parts roughness and tenderness.

Pure beauty. Astrid Ofner’s short film Sag es mir Dienstag imagined Franz Kafka’s four-day visit to Vienna in 1920, where he met Milena Jesenskà. What happened before and after the visit is well known thanks to the exchanged letters and diary-entries. Ofner found the images to these fragile words and emotions. Shooting in black and white, these days Ofner seems to compose as one composes music, thankfully without becoming fustian. Her film is one of those small jewels that every country is sometimes lucky to produce. “We are such a small country” – it sounds almost like an excuse – this sentence I heard so many times during the Diagonale, and only a few filmmakers such as Ofner make me ask: what should that mean?