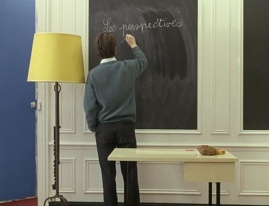 The Children of Marx and Coca-Cola

We believed that ideas were the most important thing; now they stand before us in rows, like dented cans of Coca-Cola.

– Roberto Calasso, The Ruin of Kasch

Utopian narratives often imply a before and an after, an Eden and après, so to speak. We borrow from Bernardo Bertolucci’s 1964 film its title, Before the Revolution (Prima della rivoluzione) – itself borrowed from Stendhal – to group together a number of texts centred on the years leading into May 1968 and its immediate aftermath. They offer no sociological examination or explanation of the times but rather, via personal recollection, capture what Sally Shafto in her Introduction calls the “very particular mood that reigned back then”. Or, another way to put it, these texts are imbued with the ‘human factor’ more so than the political – even if, by May ’68, the personal had become political, and especially for a figure like Jean-Luc Godard, for whom, by then, an idea, an ideology, trampled over feelings and emotions.

The centrepiece to this collection of texts is Antoine Bourseiller’s striking chapter “1963-1968. Paris: The Godard Years”, excerpted from his book of memoirs, Sans relâche: Histoires d’une vie (Actes Sud, 2008). It begins idyllically in which “[t]he years 1963-1964 are a wheatfield, the colour of gold, like you see in Soviet films, years of happy encounters with the icons of French cinema of that time.” It ends, point blank, with Godard walking out of Bourseiller’s life – and that of his family, wife Chantel Darget and children Christophe and Marie – sometime after having shot La Chinoise in the Bourselliers’ apartment. In between, Boursellier provides a fascinating portrait of Godard (and others), and of a remarkable friendship formed and broken. 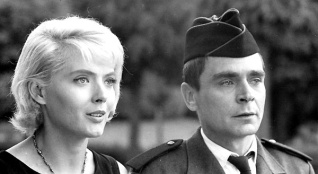 Before the fall, both Godard and Bourseiller can be seen at their best in Agnès Varda’s enchanting 1962 film, Cléo de 5 à 7. Bourseiller’s performance dominates the latter part of the film as the lovelorn soldier on leave who captures Cléo’s heart. Godard, most famously, appears with wife Anna Karina in a film-within-a-film silent cinema pastiche sequence.

Our thanks to Sally Shafto for selecting and translating the two Bourseiller texts. To Patrick Deval for providing his own fascinating recollections on his own formative years. To Roland-François Lack for his insightful lexicon to Vivre sa vie, and to the many others who have contributed to this Issue.