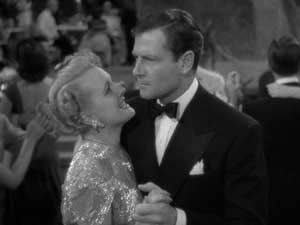 By the time The Palm Beach Story was released in 1942, Preston Sturges had already enjoyed a series of artistic and commercial successes as both screenwriter and director. Despite his association with the Hollywood studio system, Sturges championed a culturally reflective mode of filmmaking during an era characterised by the residual effects of the Great Depression and America’s entry into World War II. Although he worked predominantly within the cinematic tradition of screwball comedy, Sturges injected into his work a level of social criticism and political satire not readily apparent within many other examples of the genre. Films such as The Great McGinty, Christmas in July (both 1940), The Lady Eve, and Sullivan’s Travels (both 1941) portrayed a darker vision of the American ideal that shared more in common with film noir than with such contemporary screwball films as The Philadelphia Story (George Cukor, 1940) and Ball of Fire (Howard Hawks, 1941). As Jonas Varsted Kirkegaard points out, Sturges’ films “reveal themselves to be a series of tenacious attacks on American mores, values, ideals and beliefs” (1). With its emphasis upon gender roles and the socially constructed correlation between capital and power, The Palm Beach Story continues many of the recurring conceptual threads informing Sturges’ larger body of work.

Like Sturges’ previous films and the screwball tradition within which they operate, The Palm Beach Story contains a complex attitude toward gender relations. Sturges retrospectively claimed that the film “was conceived as an illustration of my theory of the aristocracy of beauty” (2). But the term “sex”, rather than “beauty”, may be more accurately applied to the film. Andrew Dickos notes that within The Palm Beach Story “sex takes its place alongside greed, ambition, and leisure-class pleasures, and with no negative connotation implied” (3). Gerry Jeffers (Claudette Colbert) uses her sexuality in an effort to obtain the comfort and security that husband Tom (Joel McCrea) cannot supply. But she is also an intelligent woman who does not allow herself to succumb to the negative effects of such devices. Dickos defines sex as having a “commodity value” within the film, but notes that Gerry does not “humiliate herself in accepting it that way” (4). Gerry resembles other Sturges heroines such as Jean Harrington (Barbara Stanwyck) from The Lady Eve in her ability to retain her individuality in a patriarchal world. Both characters maintain ideological independence during an era when women were often relegated to subordinate roles within both the cinema and everyday life.

Jay Rozgonyi sees The Palm Beach Story as belonging to a series of Sturges films “that center on female characters who are more resourceful and intelligent than their male counterparts” (5). Sturges utilises this element of role reversal, a common characteristic of screwball comedy, in a manner critical of traditional gender patterns. Like the leading male character of Bringing Up Baby (Howard Hawks, 1938), Tom Jeffers assumes a position of subservience that contradicts dominant cinematic representations of masculinity. His dubious attempts to maintain patriarchal order are disrupted by Gerry’s individualism. Rozgonyi notes that “while the women in The Palm Beach Story take a no-nonsense view of life, the men in the film are concerned with nothing but impractical ideas, such as chivalry and honor” (6). Tom shares with The Lady Eve’s Charles Pike (Henry Fonda) an idealistic approach to the opposite sex. Both characters, and the films within which they operate, effectively contribute to Sturges’ larger critique of gender relations within a male-dominated society.

Stylistically, The Palm Beach Story operates firmly within the screwball tradition. But the film also reveals itself as the product of several different cinematic influences. Andrew Sarris notes that Sturges “was influenced both by the silent antics of Charles Chaplin, Buster Keaton, and Harold Lloyd in the twenties, and by the crackling verbal rhythms of Howard Hawks, Frank Capra, Leo McCarey and Gregory La Cava in the thirties” (7). Certain of these influences, such as the rapid-fire dialogue attributed to Hawks in films such as Bringing Up Baby and His Girl Friday (1940), are evident within this film. But The Palm Beach Story is also a work by a director who has clearly achieved artistic maturation. Sturges utilises cinematography and mise en scène in a careful and deliberate manner, maintaining a balanced synthesis between both visual style and the verbal dynamic of his screenplay.

In his 2003 analysis of The Lady Eve, Peter Tonguette aptly draws comparison between Sturges and Orson Welles. Both directors creatively operated within the studio system, but Tonguette notes that “while Welles’ moment in the sun is generally restricted to Kane, Sturges is permitted the extraordinary run of films he made from 1940 to 1944… to constitute his heyday” (8). The Palm Beach Story chronologically occupies the centre of this prolific period in Sturges’ career, and remains an accomplished work of cinematic art in terms of both its treatment of generic devices as well as its underlining critique of the social and cultural norms of 1940s America.