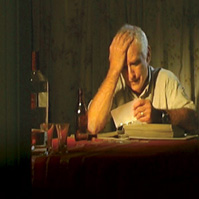 Rejected from cinema exhibition and all but the most barren stretches of television airtime, short Australian films wander the world looking for a home and in some senses an identity. A few of the good-looking ones get adopted by major festivals, others gather on the internet, or meet in bars and pubs for monthly support meetings, but the majority remain largely unseen, all the fizzle and pop of their creation burning darkly inside their covers.

Dedicated festivals such as St Kilda offer an opportunity for shorts to find both a big screen and a substantial audience, who understand that the mix of student works, “calling card” showpieces, frustrated features and assorted labours-of-love is not only a bubbling gene pool from which the wider industry draws, but also a chance to catch the occasional fresh revelation.

Opening night traditionally attracts a large and good humoured crowd of filmmakers, actors and local industry types. This year, due to leasing uncertainties, the event moved from the Norma Desmondesque glamour of the Palais to another of St Kilda’s picture palaces, The Astor, which has its own substantial charms, including much better projection facilities. As usual, festival director and buff-to-the-bone Paul Harris set a celebratory but unpretentious tone by inviting a comedian to MC. Introducing a spokesperson for the Australian Film Commission, the deadpan Bob Franklin commented, “The AFC – they’ve been responsible for a lot of rubbish over the years…” In the slight pause before the laughter you could actually hear the sound of brains ticking over as those in the audience who had either received or been denied funding worked out if this was funny.

The festival proper took place at the George Cinemas in Fitzroy Street. In the competition screenings, dramas, comedies, animations and documentaries were all mixed together. This was a problem for people with a specific interest in one of these categories, but a blessing for those seeing a lot of sessions, as the overall mood of the dramas tended towards the confessional and the earnest. I saw 72 of the 100 Australian shorts and at times the experience was quite overwhelming; so many inward looking stories of traumatic childhoods, dashed dreams and strained “transforming” moments.

Of these serious-minded films the strongest were those that really took stock of the nature of the short form and managed a seemingly effortless set-up that was then explored though a limited number of characters and locations, creating some space for the situation to develop in unexpected or at least not over determined ways. 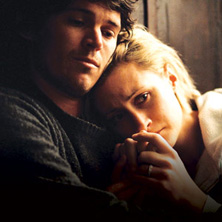 Breathe (Juliet Porter), which won the audience award, immersed us in the sleep deprived world of a couple with a new baby. Their struggle with the constant checks required of the infant’s breathing apparatus was an effective and disquieting way to bypass explicatory dialogue and yet illustrate the parallel universe of grief and confusion that engulfed the parents as they began to face the possibility that their child was severely brain damaged. Cool (Kylie Washington-Brook) worked similar territory but in a lighter vein; a woman (Susie Porter) spends a few days in medical isolation undergoing radiation treatment, her health hanging in the balance. From her clinically bare room, she re-evaluates what matters most to her, the long hours of waiting punctuated by a series of exchanges through the window with medical staff, other patients and her partner. This simple premise was skilfully shot and directed, and infused with a lively sense of inquiry by Porter. Fish (Eron Sheean) presented an encounter between two young misfits on a sunny pier that ventured mid-way into surreal territory – literally getting under the characters’ skin via special effects. This bold change of direction didn’t diminish the believability of the two teenagers but rather conjured up the intense and numinous qualities of adolescent experience. Ali Kasapoglu’s Lustful was a welcome inclusion in the festival with its relaxed, observational style and gentle inter-generational dynamics.

Of the longer shorts, Warwick Thornton’s Green Bush, which takes place over one night in an outback community radio station, weaves a stronger spell with each viewing, while The Last Chip (Heng Teng) is a vibrant tragi-comic sketch of three middle aged Chinese-Australian women. Both films left me wanting more of these characters and their worlds.

Across all genres, as often happens during a festival, a certain theme emerged, this time it was fathers. Good dads, bad dads, absent dads and sad dads. I toyed with the idea that this could be a metaphor for the relationship between the short and the feature, the fledgling filmmaker up against the established feature industry, but this seemed a bit of a dead end. A fellow festival attendee laid the blame at film schools for over emphasising the autobiographical (I think he meant self-indulgent) approach to screen writing. But the preponderance of papas wasn’t necessarily a problem, as some of these works were very engaging; Tackle (Beth Armstrong), in which a brainy kid confronts his brawny dad’s expectations, had a deft comic touch and a real emotional kick, while Theories of Flight (Lucas Testro) delicately conveyed a child’s desire to re-enact the glory days of his father who is slipping into depression. Azadi (Anthony Maras) which, despite its somewhat clumsy politicking, told a bracing story of father and son refugees to illustrate the emotional violence inherent in the detention of children.

However the ‘dad’ film which stayed with me throughout the festival, like a stone in my shoe, was Burn (Jesse Hawkeswood), which sits in a cinematic category recently described by a friend as the “fur ball” film: an involuntary expulsion of undigested trauma in which the director’s need to get it out of their system overshadows any other considerations, including at times the audience’s need to see it.

Burn tells the story of a man who in late middle age finds his life empty, his wife “dried up” and his children, except for his youngest daughter, disappointing. Father and daughter talk about how horrible the rest of the family are, especially the mother. They take ecstasy and congratulate each other on not being horrible, and then yell further abuse at the mother, whose main crime seems to be that she enjoys playing bingo. At 30 minutes in length, this was a blinkered little locomotive of pain that rattled along with a bald single-mindedness that drew gasps of nervous laughter from the audience. While lacking any of the cinematic virtues that whisper “quality”, Burn had a riveting brashness which served to highlight that, by comparison, a fair percentage of the other narrative films were over-cooked, tentative and mawkish exercises.

Several of the short documentaries displayed a welcome discursive energy: The Picasso Ransom (Colin Cairnes, Catherine Dyson) looked back at the unsolved crime of the theft of Picasso’s Weeping Woman from the NGV, Transgression (Dean Francis), a portrait of a transgender law student and Making Mark (Sasha Ettinger-Esptein), about a young painter trying to launch his career, all made interesting stylistic decisions in support of their subject matter. 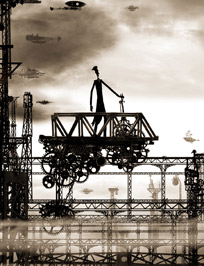 I missed the forum with Anthony Lucas, although The Mysterious Geographic Explorations of Jasper Morello, his Oscar-nominated animation, screened in competition. The sublime silhouette and layered imagery is accompanied by a flowery wall to wall narration, which sometimes acts more as a barrier than a way into the story. Like an earlier Lucas film, Slim Pickings, Morello has a fascination with orality; the central characters must devour or be devoured in order to survive. It would be fascinating to see what Lucas could do with a story along these lines that the audience already knows (Little Red Riding Hood, Rupert Murdoch and the Media Outlets etc) which would free the pictures to speak for themselves.

Some of the other animations and live action films which shared the animators’ credo of “anything is possible” were also highlights. The trailer spoof True Blue Hero (John Evagora) with its Russell Crowe type lead pontificating to a tennis ball on a stick was a crowd pleaser, while the much awarded Crooked Mick of the Speewah (Philip Smith) placed actors in a wonderfully realised fantasy environment to great effect. Vend (James Findlay), a striking metaphysical tale about men and machines tinged with real melancholy, took out the major prize of Best Short Film.

In the session presented by Interfilm Berlin, “Confrontations – Shorts Against Violence and Intolerance”, sat one of the sharpest offerings of the whole festival. Coming Out (Olivier Ayache-Vidal, France) is a bright little slap-in-the-face of a film, in which a white French woman reacts with horror when her boyfriend “confesses” to her that he’s black. Played by an obviously black actor, his admission and her reaction send the audience scrabbling for explanations in this slyly provocative and very funny look at how prejudice and identity interact.

Overall sessions were very well attended. Friday and Saturday night screenings were particularly lively, with groups of people wandering in and out to see individual films, and occasionally barracking their mates, “Onya Jonesy!” when they appeared on screen. This was kind of bizarre, but no doubt reflects the youthful, collaborative and voluntary nature of much short filmmaking, and the aforementioned lack of screening opportunities or other kinds of recognition available for the intense effort involved.