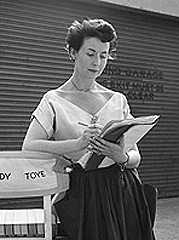 Hither, friends, here are pictures; step in, step in.

– from Nikolai Gogol’s The Mysterious Portrait

It is a common device in the literature and cinema of the macabre and the fantastic that an object – often a painting but sometimes a mirror, a statue or a curio – will haunt its protagonists. As the story unfolds, the object comes to represent a transfiguration of inner evil, repressed sexuality, an eruption of the unconscious, or simply a supernatural/diabolical manifestation. The object acquires an otherworldly quality beneath its quotidian appearance, hiding within its canvas, colours, reflections and textures, beholding a path to enchantment, enlightenment or Hell (see for instance Argento’s La Sindrome di Stendhal [1996] or Antonio Carlos da Fontoura’s Espelho de Carne [1984]).

Italo Calvino, in his introduction to Racconti fantastici dell’ Ottocento: Il fantastico visionario e Il fantastico quotidiano (1983), states that it was in Victorian England (he cites Dickens, Mary Shelley, Le Fanu) that the intellectual pleasure of mixing heterogenous elements in literature – the comic and the terrifying; the mirthful and the revolting; the beautiful and the abnormal; the pathetic within a dark, gothic imagination; hyperbolic, extravagant characters with strong psychological overtones – was given its greatest expression, producing as such an everlasting sense of disharmony, playfulness, aggressiveness and alienation in a multitude of paradoxes (be it in imagery or text) that remain both liberating and tension-inducing at the same time.

British cinema has drawn extensively on these patterns of ghastly horror (from Hammer to Amicus and beyond), but rarely so quietly shocking and perverse as in Wendy Toye’s adaptation of Roderick Wilkinson’s short story “In the Picture” (with a screenplay by Donald Wilson) – a short that is part of the horror/crime anthology Three Cases of Murder (1955) (1). The plot, in few words: a painting in an art gallery, simply titled “Landscape – Artist Unknown”, fascinates the museum guide, Jarvis (a magnificently deadpan Hugh Pryse). A man, called Mr. X (Alan Badel in one of his most mischievous, decadent roles), is seen sitting in front of the picture. As they start talking about the painting, postulating for instance if the house in it is empty or not, Mr. X also wants to know if Jarvis has matches with him. They walk toward the painting and are transported into it; there, in the house, lives two other characters: a woman (sultry Leueen MacGrath) and a taxidermist with a penchant not only for butterflies but also human species, Mr. Snyder (a very sinister Eddie Byrne). We come to learn that they are all trapped in some kind of purgatory, in perpetual damnation, with Mr. X as the anonymous artist of the picture, eternally unhappy with the aesthetic result of his work, and who wants Jarvis’ matches to light a candle in the window, for the composition. Slowly we realise that Jarvis was drugged and will be used in Snyder’s experiments. As the camera pans away from the house and back to the museum, a spine chilling scream is heard and a light is seen in the painting.

A plot description doesn’t do justice to Toye’s staggering formal inventiveness. A former dancer and choreographer (she performed for Diaghilev’s Ballets Russes, where she met Jean Cocteau, certainly one of her greatest influences), her camera, like a pair of possessed slippers, gravitates through scenery, objects and faces producing strange angles and disorienting effects of perception. Her greatest trick is the incredible movement of the camera accompanying the actors slow approximation and then entrance of the painting, placing them within it via an almost imperceptible cut – a trick that makes us co-participants of the foreboding horror: victims and victimisers. All four actors are directed with Hoffmannian relish, savouring every wicked word, body language in eccentric dissonance. As in the greatest works belonging to the fantastic genre, Toye’s film poses many questions. What is this other world hidden in the painting? A place for the atonement of unthinkable sins? A primitive, mythological entrapment? A projection of the fantasies and fears of those who look at it? What is the role of the artist? To guide us in-between incompatible realities of what we see and feel? To shatter and enlarge our perspectives? To contain and control the world in some form of representation? To arrogantly make him or herself a condescending foil? And why do we find ourselves constantly grinning and grinding our teeth in affliction?

Wendy Toye’s shorts (which include the famous but rarely seen The Stranger Left No Card [1952]), are often compared to the work of Powell and Pressburger, and it’s easy to see why: her sense of wonderment and reverie; the desire to make collaborative efforts between photographer (the great Georges Périnal, an earlier collaborator of the duo, also photographed “In the Picture”), art director and composer; the hybrid nature of her subjects and tones; and the feeling of overall theatricality – all part of the masters’ cinematic grammar. Seeing “In the Picture” very recently was as beguiling and exciting as the first time I saw The Red Shoes.