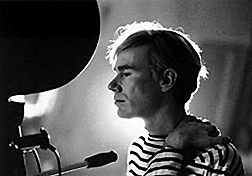 Andy Warhol was not only the twentieth century’s most “famous” exponent of Pop art but, “a post-modern Renaissance man”: a commercial illustrator, a writer, a photographer, a sculptor, a magazine editor, a television producer, an exhibition curator, and one of the most important and provocative filmmakers of the New American Cinema group of the early 1960s. (1) The influence of Warhol’s filmmaking can be found in both the Hollywood mainstream film, which took from his work a “gritty street-life realism, sexual explicitness, and on-the-edge performances,” and in experimental film, which “reworked his long-take, fixed-camera aesthetic into what came to be known as structural film.” (2)

At the beginning of the 1960s Warhol emerged as a significant artist in the New York art scene, his first Manhattan show – at the Stable Gallery in the fall of ’62 – featuring Coca-Cola, Dance Diagram, Do It Yourself, Elvis, Marilyn and disaster paintings. In 1963 Warhol established a work space in a vacant firehouse – a hook and ladder company – on East 87th Street, and later that same year moved his studio to 231 East 47th Street, the space which came to be known as the Factory. Around the same time, Warhol employed art-school student and poet, Gerard Malanga, as his studio assistant. Malanga in turn introduced Warhol to the underground filmmakers and poets Marie Menken and Willard Maas, and also took Warhol to regular screenings at Jonas Mekas’ Film-makers’ Co-op on Park Avenue South and the Charles Theater on East 12th Street. 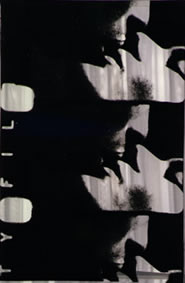 Across the summer of ’63 Warhol made regular visits to a guest house that his friend, the Magic Realist painter Wynn Chamberlain, was renting in Old Lyme, Connecticut. It was over a weekend in Old Lyme that Warhol claimed he began to develop the idea of an 8-hour film of a man sleeping. Complicated by the limitations of Warhol’s silent 16mm Bolex, that could only shoot 100 foot (or 4 minute) lengths of film, the completed Sleep (1963) ran for not quite 6 hours, even when projected (as were all of Warhol’s early films) at the silent speed of 16 frames per second. Along with Warhol’s Kiss and Haircut (both 1963–64), and Blow Job, Eat, Empire, and Henry Geldzahler (all 1964), Sleep belongs to Warhol’s early series of silent, black and white films that emphasise stillness and duration. As Callie Angell points out, it is possible to follow the development of Warhol’s minimalist technique from the early experimentations with multiple camera setups and internal editing of Sleep, Kiss and Haircut through to the stationary camera and single shot reels of Blow Job, Eat, Empire and Henry Geldzahler. (3) Blow Job is typical of the series, isolating (across its nine short reels) a single figure before the camera. In this case, the camera “documents” the tortured expression of a young man – shot in close-up against a rendered brick wall – as an unseen participant administers the blow job of the film’s title.

Warhol’s early “structural” films were an expression of the then emerging aesthetic of minimalism (found especially in the music of John Cage and LaMonte Young), but this was not the only influence. Among the guests at Chamberlain’s house at Old Lyme over the summer of ’63 was the underground actor and filmmaker Jack Smith. Smith was filming Normal Love, his follow-up to the “scandalous” Flaming Creatures (1962), and Warhol later acknowledged his influence: “I picked something up from [Jack] for my own movies – the way he used anyone who happened to be around that day, and also how he just kept shooting until the actors got bored.” (4) Warhol shot an early “newsreel” – Andy Warhol Films Jack Smith Filming “Normal Love” (1963) – but more importantly he shared with Smith a camp aesthetic (Warhol would go on to make a film titled Camp [1965]) and a fascination with Hollywood and its star system. It was during a star-struck visit to Los Angeles in the fall of ’63 that Warhol shot the first of his parodic narrative films – Tarzan and Jane Regained … Sort of (1963) – in his suite at the Beverly Hills Hotel, with Taylor Mead as Tarzan and Naomi Levin as Jane. Other parodic films from the period included the unfinished Batman and Dracula (both 1964, and both featuring Jack Smith) and Warhol’s tribute to Lester Persky – Soap Opera (1964) – starring an early Warhol “Superstar,” Baby Jane Holzer.

In 1964 Warhol’s filmmaking became centralised at his silver painted and foil covered studio, the Factory. Fuelled by amphetamine, the Factory became a site of constant activity or “production,” attracting the lowlife friends of Billy Name (Billy Linich) who lived in the back, and also artists, writers, students, and celebrities. Extending the multiple-image “portraiture” of his celebrity silkscreens and the technique of his motionless films, Warhol documented the Factory scene in some five hundred 100-foot silent portrait films (shot between 1964 and 1966) known as the Screen Tests. Warhol had become a regular at the Film-makers’ Co-op and the individual Screen Tests – 4-minute close-up shots of motionless subjects facing a stationary camera – were shown there weekly under the title Andy Warhol Serial. The Screen Tests typified Warhol’s “industrial” or serial mode of production and were later recycled in such projects as The Thirteen Most Beautiful Women and The Thirteen Most Beautiful Boys (1964–65) and provided a model for other ongoing cumulative projects such as Kiss, Couch, and Banana (1964–65). (5)

Toward the end of 1964 Warhol purchased his first sound camera, a single-system 16mm Auricon which enabled him to shoot continuous 33-minute reels. Warhol had used the same type of camera for his 8-hour epic, Empire (his first “sound” movie without sound), but he employed it now for a number of “dramatic” collaborations with “scriptwriters” Chuck Wein and Ronald Tavel, the latter from the Theater of the Ridiculous. Tavel had appeared for the shooting of Warhol’s first sound film, Harlot (1964, starring Mario Montez as Jean Harlow), and Warhol subsequently employed Tavel to prepare scenarios for films such as Screen Test #1, Screen Test #2, Suicide, Vinyl, The Life of Juanita Castro, Horse, Kitchen, and Space (all 1965). These sound features – which typically consisted of two, single-shot 33 minute reels – launched Warhol Superstars such as Edie Sedgwick, Gerard Malanga, Pope Ondine, and Ingrid Superstar, in a series of self-creating performances. (6) Vinyl is representative of Warhol’s theatrical featurettes from 1965. Devised from a scenario that Tavel adapted from the Anthony Burgess novel A Clockwork Orange, Vinyl has Gerard Malanga, J.D. MacDermott and a small group of “extras” (including Edie Sedgwick and Ondine) play out a scene of spontaneous violence and torture. The “narrative” is punctuated by a number of Pop songs of the day, and features one startling moment when Edie, perched decoratively on a stool, sipping occasionally from a glass, accidentally knocks over her drink, breaking her pose and the “dramatic action.” (7)

At the beginning of 1966 Warhol began his collaboration with a group of musicians calling themselves the Velvet Underground and introduced them to actor/singer Nico (Christa Pãffgen). Mekas had moved the Film Makers’ Cinémathèque to West 41st Street and was in the middle of an event called “Expanded Cinema.” Warhol’s contribution to the series – “Andy Warhol Up Tight” – had the Velvets and Nico play against the backdrop of films like Vinyl and Empire, and Malanga performed on stage, whipping a long strip of phosphorescent tape in the air. (8) In the spring Warhol took the idea of multimedia performance a step further incorporating his film-work and Superstars into the Exploding Plastic Inevitable, a “happening” featuring live music and performance, multi-screen film projection and elaborate light shows. With his publicity machine now in full gear, Warhol claimed that, with one thing or another, his “company” was reaching all quarters:

We had My Hustler [the 1965 Chuck Wein collaboration] playing uptown at the Film-Makers’ Coop in the Wurlitzer Building on West 41st Street. [E]ven farther uptown [we had] my opening of the silver helium-filled pillows [Silver Clouds] at the Castelli Gallery with my yellow and pink Cow wallpaper all over. … And at the Dom, a big Polish dance hall on St Mark’s Place [which we’d sublet and equipped with five movie projectors and five carousel-type projectors], we put on The Erupting [sic] Plastic Inevitable. (9)

Warhol took his experimentation with multiple formats into his magnum opus The Chelsea Girls (1966), a three-and-one-quarter hour epic made up of twelve 33-minute unedited and unrelated reels projected in pairs. Each of the segments featured various Warhol Superstars – Nico, Ondine, Brigid Polk, Gerard Malanga, Ingrid Superstar, International Velvet – playing themselves in episodes (ostensibly) unfolding in different rooms of the Chelsea Hotel. The Chelsea Girls brought together not only the minimalism and theatricality of Warhol’s earlier films, but followed the work of Jack Smith and the Kuchar Brothers to narrow the gap between the underground and the mainstream, replicating in its “widescreen” format and histrionic modes the methods of the Hollywood blockbuster. The individually numbered and titled reels – Brigid Holds Court (The Duchess), The Queen of China (Hanoi Hannah), The Trip (Eric Says All) – include some of the Superstars’ finest “performances” and the final pairing of the sublime Nico Crying and the explosive Pope Ondine Story is nothing short of inspired. The Chelsea Girls opened at the Filmmaker’s Cinémathèque in the summer of ’66 and, following good reviews in the mainstream press (Newsweek called it “the Iliad of the underground”), went into commercial release nationally the following year.

Warhol followed up the success of The Chelsea Girls by beginning to assemble reels for an even more ambitious project, the 25-hour **** (Four Stars, 1966–67). He also set about producing a series of commercially oriented, “sexploitation” films in collaboration with Paul Morrissey, his principal filmmaking assistant since 1965. The series of narrative oriented films – I, a Man, Bike Boy, The Loves of Ondine, The Nude Restaurant and Tub Girls (all 1967–68) again featured Warhol Superstars, in particular Viva and Ondine. Along with the 8-hour Imitation of Christ (1967) and unedited versions of the five commercially released features, a total of 94 reels were incorporated into the once only screening of **** at the New Cinema Playhouse on December 15–16, 1967. (10)

Following the production of **** (and again with exploitation markets in mind) Warhol and his entourage set out for Arizona where they filmed Lonesome Cowboys, a pseudo-Western starring Viva, Taylor Mead, Louis Waldon, Joe Dallesandro and Eric Emerson. In the spring of ’68 the troupe travelled to California to make (the unreleased) San Diego Surf. (11) The editing of these two projects was interrupted in June ’68 when Valerie Solanas, a periodic Factory visitor, shot and critically wounded Warhol. Warhol was hospitalised for almost two months, and Morrissey took over the Factory’s filmmaking operation, to make Flesh (1968), the first Morrissey-directed “Warhol film.” Warhol went on to direct one final film, Blue Movie (aka Fuck, 1969) but Morrissey’s Flesh – followed by Trash (1969–70), Women in Revolt (1970–72), Heat, L’Amour (both 1971–72), Andy Warhol’s Dracula and Andy Warhol’s Frankenstein (both 1973–74) – had redefined (or realised) the Factory’s film production as a fully commercial venture. 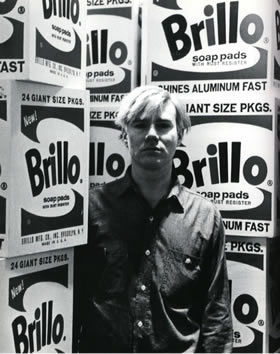 A definitive filmography for Andy Warhol’s “released” films has yet to be compiled. The following list is based on the filmography found in Stephen Koch’s Stargazer and the cataloguing and preservation project described in The Andy Warhol Museum.

All films listed are black and white with sound unless stated otherwise. Films are dated to the year/s they were made, not the year of release. 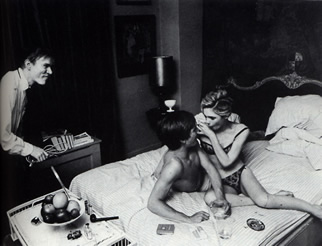 Hedy (1966) 16mm, 70mins, also known as The Most Beautiful Woman in the World, or The Shoplifter, or The Fourteen Year Old Girl 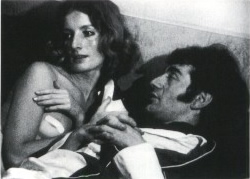 Drella and the MacGuffin by Michael Eaton

Compiled by author and Albert Fung 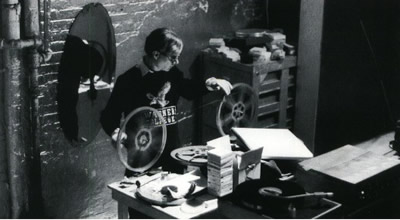 Andy Warhol – Artist and Filmmaker
A list of books and videos related to Warhol.

Andy Warhol on the Internet
A list of Warhol links on the internet.

Film Directors – Articles on the Internet
Links to many articles on Warhol.

Warholstars
Dedicated to the Warhol Superstars, plus much more.