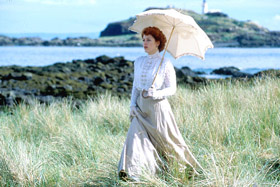 “For me, making films and not making films are not two different ways of life. Filming should be a part of living, something normal and natural. Making films hasn’t changed my life very much, because I made them before by writing criticism, and if I had to return to criticism, it would be a way of going on making films”

The act of writing with the cinema, and by extension thinking with the cinema, is one that belongs famously to cinema’s revolutionary, Jean-Luc Godard. Godard’s willingness to incorporate filmmaking and film criticism as “something normal and natural”, as simply another aspect of living and being, is truly inspiring and noble. It in fact points to the ultimate concept of an artist: a direct relation between thinking and being, a value-system that infuses every level of one’s life from the tiniest detail to the grandest gesture. Godard once wrote that Nicholas Ray was a ‘man of the cinema’, one who could not possibly perform any other profession besides that of a filmmaker. This statement could just as easily apply to Godard himself. A major conference, Forever Godard, is to be held in London this month and Senses of Cinema marks this event with two special parts devoted to Godard. The first part, in this issue, includes an excellent essay by Fergus Daly on the philosophy and aesthetic of Godard’s dismissed recent work Forever Mozart and equally fascinating essays by David Sterritt and John Conomos. The second part will appear in the next issue. It seems there is still plenty of thinking and writing to do when it comes to the cinema of Jean-Luc Godard.

This issue also celebrates Australia’s own “artisan” filmmaker, Bill Mousoulis. A career spanning almost two decades and one that has included not only filmmaking but also programming and writing, Mousoulis’ latest film Desire is a ‘filmmaker’s film’ and by that I mean that it continues in a strong and visionary way the cinephile/cineaste spirit derived from Godard. And he is one of Australia’s very few in this regard. The spate of recent Australian films is a mixed bunch: Moulin Rouge, which has elicited diverging critical responses, sits alongside smaller yet well realised and well crafted films like Mullet and Sensitive New Age Killer. John Flaus’ essay on the former is as carefully modulated and rewarding as the film itself, arriving at an understanding and appreciation of the film with a subtlety and nuance rare in film criticism today. From features to shorts: the 18th St. Kilda Film Festival, held recently in Melbourne, also profiles a healthy and high level of short film activity in this country. The large program is reported on from different angles by various writers in this issue.

If Senses of Cinema capitalises on the Internet’s utopian possibilities, then this is given thematic substance in this issue under the section “Planet Cinema” – a collection of essays that cross borders and limits in their concepts and ideas and that trace such a cinema of ‘villages’. In keeping tabs on ‘global cinema’, this issue also contains a good deal of international festival reports.

Now, for the credits. A very big thankyou goes to all the writers who made the issue what it is. But also, and equally, thanks must go to this issue’s co-editor and Senses of Cinema‘s Godfather, Adrian Martin, and to the indispensable editorial assistants: Mairead Phillips and Grant McDonald. This issue also marks the departure of Bill Mousoulis as Senses of Cinema‘s webmaster and the arrival of Chris Howard.

Finally, this issue is dedicated to Bill Mousoulis.