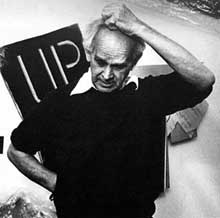 Christopher Petit has always been a little bit out of time, and a little bit geographically displaced too. His seminal 1979 Wim Wenders-produced road movie Radio On (1979) is difficult to place in any overview of British cinema (ditto with 1998’s Radio On Remix). In Lights Out For The Territory, Iain Sinclair aligns it with other British oddities like Blow-Up (Michaelangelo Antonioni, 1966), Performance (Donald Cammell/Nicholas Roeg, 1970), London (Patrick Keiller, 1994) and Witchfinder General (Michael Reeves, 1968). These films thus both prove Truffaut’s maxim about the impossibility of making good films in Britain. and disprove it. Their visionary quality remains unsurpassed: they’re not examples of the British Tarkovsky, the British Herzog or the British Fellini, rather they are an autonomous expression of cinema unique in world cinema and dangerously close to the edge of our perceptions of that which constitutes “good” or “important” cinema. So it’s no wonder that Radio On still remains little seen. (Sinclair describes a half-into-it screening in the Whitechapel Arts Gallery, East London, a free cinema for those in the know, characterised, for me at least, by a rarer-than-rare screening of a knackered print of Two-Lane Blacktop in 1997).

For Petit, a series of disparate detective films followed in the 1980s – P.D. James via Metropolis, Agatha Christie via existentialism – which were all mainly unmemorable, except perhaps for their claustrophobic ambience and listless ennui. Documentariettes on J. G. Ballard and Ruby Wurlitzer occasionally surfaced, the former on a late-night BBC arts programme in the early 1990s, which suggested that his vision is both cemented to the UK and yet draws on sensibilities beyond these cold shores. The Ballard program brilliantly related Nicholas Roeg’s spaced ’70s American skylines in The Man Who Fell to Earth (1976), specifically a moment in which time-lapse comes across as the city playing tricks on the viewer rather than cinematic trickery, with dead grey spaces of the semi-developed London docklands. There may even be an element of displacement in his novel The Psalm Killer: serial killer in Northern Ireland imagined as ideal Airport fodder. His more recent experimental work with the writer, poet and film-maker Iain Sinclair falls against these attempts to pin him down: addictive paranoia, closed-circuit observation, secret histories and architecture. Near-dead (or now-dead) luminaries cameo throughout, including poet Ed Dorn, Peter Whitehead (of Tonite Let’s All Make Love in London), drug smuggler Howard Marks and writers Kathy Acker and Michael Moorcock. The Cardinal and the Corpse (1992), The Falconer (1998) and Asylum (1999) seem to be shaping up as a kind of bizarre trilogy, the meanings of which have yet to become apparent.

Petit’s documentary Negative Space presents one such cameo, but prolonged this time, stealing into the spotlight with the stealth and battered splendour of a Harry Lime. Manny Farber is painter and film critic, the anti-Kael, a Hemingwayesque minimalist who had a penchant for the efficient and clipped thrillers of the ’40s and ’50s, a consummate connoisseur of noir. These films rejected art and artiness with narrative drive and a lack of irony, something that Petit sees in the vast spaces of America. And this shunning of academia, also apparent in Jonathan Rosenbaum’s biographical piece on Farber, is reflected in the gestural nature of the way Farber and associates communicate and the peppering of “fucks” across the dialogue.

As Petit drives across these vast spaces, he talks about early encounters with Farber’s writing, particularly the 1962 essay White Elephant Art vs. Termite Art. In it one reads about how a slight gesture of Bogart’s in The Big Sleep, or the beauty of the construction of the opening of Out of the Past, can relate to a seemingly inconsequential filler detail in a Turner painting, in terms of a shared self-sense of uselessness and redundancy, a kind of pleasure of the visual text, akin to Barthes’ exploration of Balzac’s Sarrasine in S/Z. I’ve thus been able to find parallels between Farber’s understanding of film, particularly the aesthetics of Antonioni’s trilogy of L’Avventura, La Notte (both 1960) and L’Eclisse (1962), and Umberto Eco’s theory of “radical indeterminateness” in Opera Aperta. Farber makes Eco and even Turner work, through Antonioni, through Farber. Farber illuminates Antonioni’s aesthetic strategies of radical indeterminateness:

Antonioni’s speciality, the effect of moving as in a chess game, becomes an autocratic kind of direction that robs an actor of his motive powers and most of his spine. A documentarist at heart and one who often suggests both Paul Klee and the cool, deftly neat, “intellectual” Fred Zinnemann in his early Act of Violence phase, Antonioni gets his odd, clarity-is-all effects from his taste for chic mannerist art that results in a screen that is glassy, has a side-sliding motion, the feeling of people plastered against stripes or divided by verticals and horizontals; his incapacity with interpersonal relationships turns crowds into stiff waves, lovers into lovely appendages, hanging stiffly from each other, occasionally coming together like clanking sheets of metal but seldom giving the effect of being in communion.

At his best, he turns this mental creeping into an effect of modern misery, loneliness, cavernous guilt-ridden yearning. It often seems that details, a gesture, an ironic wife making a circle in the air with her finger as a thought circles towards her brain, become corroded by solitariness. A pop jazz band appearing at a millionaire’s fete becomes the unintentional heart of La Notte, pulling together the inchoate centre of the film – a vast endless party. Antonioni handles this combo as though it were a vile mess dumped on the lawn of a huge estate. He has his film inhale and exhale, returning for a glimpse of the four-piece outfit playing the same unmodified kitsch music – stupidly immobile, totally detached from the party swimming around the music. (1)

No wonder Petit was sucked into this web, and is happy here not to try and untangle himself. It’s now easy to plot another Petit journey across a not-so-vast space: the classic American genre films of the ’50s, slight echoes in the Rossellini of Voyage to Italy, Wenders from Kings of the Road to The American Friend and Petit – writing for Time Out (London) and pitching Radio On to a middle-period Wenders after an interview: the British Road Movie.

But Farber’s edge was kept sharp by a rude awakening, seemingly in the late 1960s /early 1970s. It’s very apparent in his collected writings, the essential volume Negative Space. Like some crazy mishap in Heller’s Catch-22, in a time of crisis, Farber was sent to Europe. How do you begin to deal with early Herzog, the explosion of Fassbinder (his work was always too sure of itself to be considered in terms of “early” anything), Antonioni’s filming of his own contempt for the audience (and the European audiences loving it), Nic Roeg’s shattered montage, and the rough aesthetics of Godard’s most slap-dash film interventions? Farber initially exhibits a kind of Conradian “fascination with the abomination” in the face of the very antithesis of all he had written about and made his own, before then honing in on Turneresque details: the vividness of Godard’s colours, the bored jazz band in Antonioni’s La Notte and the perfection of the appropriate physical distance Fassbinder places between the camera and his actors, even in the flattest of images.

These are the fragments Petit mulls over and now illustrates with those clips, with Farber talking over them (although the way that Farber gets under your skin makes “over” an inappropriate word in this context). And in between that he drives across sunned-out expanses of desert. It couldn’t be further from Petit’s London of the late 1970s (as a Sight and Sound article once observed in the mid-1990s: it’s difficult to think back now to the late 1970s, when Fassbinder was making films, the Labour government were in power and Time Out was still worth reading). But running down the index of Farber’s early hits (Rossellini, Hawks, Siegel, Godard, Fuller, Capra, Huston and Walsh) that landscape re-emerges as the rained-out arthouse cinema scene of London in the late 1970s. For Petit, Farber had provided the texts, and Time Out the spaces, for his own writings. The documentary plays like an odd anticipation of another tale of a deep and lost relationship between two other Harry Limes of the cinema: Herzog and Kinski in Kinski: My Best Fiend (1999).

But Farber has long since ceased to write, having returned to painting. Rosenbaum provided the final teaser-trailer for a never-penned review: a recollected car journey discussion about Close Encounters of the Third Kind (described in They Drive By Night: The Criticism of Manny Farber). And we are left to mull over Petit’s notes on Farber. This documentary is the kind of blast that will alter your perceptions of film and film culture.

Sinclair, Iain, Lights Out For The Territory: 9 Excursions into the Secret History of London; Granta, London 1997