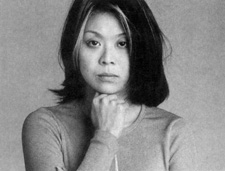 It is all of the above and none. Primarily, what is most memorable about Sex is that it is a saddening tale about a vulnerable and unstable young woman, who becomes embroiled in a world she does not fully comprehend, despite her claims to the contrary.

So, who is Grace Quek? Although she was born and raised in Singapore, Quek was educated at an English private school. Her further education at Cambridge University, at a time when post-modernism and women’s studies dominated, may partly explain why she uses feminism to justify her work in pornography.

During the course of the documentary, Quek claims that she did not appear in the notorious video for money (she’s still owed the $10,000 promised her), but to “explore” her sexuality, to “reclaim” her body and “empower” herself. She says she wanted to show that women could be “studs like men” and have consequence-free sex. All very admirable and salutary, but this turns out to be the second of her delusions.

When Grace Quek first appears in Lewis’s documentary, it is through footage from television’s “The Jerry Springer Show”. She is highly strung, manic, and surprisingly inarticulate for a university graduate. Unfortunately, she also plays the part of the giggly, girlie, breathy women stuck in Lolita overdrive only too well – hardly the model of self-empowerment and sober level-headedness that is needed to carry the message of pro-sex feminism to the world. When Springer announced to his audience that the woman sitting before them had had sex with 251 men, they were agog, speechless, before erupting into the simian hooting which characterises that proletariat show. Chong read their response as some kind of support and acts accordingly, but close-ups of the audience reveal another less digestible fact.

Later in the documentary, a warmer and more generous Grace Quek begins to emerge. She presents herself as a bright young woman, who is drawn to the edges of society, even though the path has been very obviously laid before her for a more conventional life, should she have chosen to take it. Perhaps due to her middle-class, Christian background she delights in provocation and flaunting convention. She is highly sexed, perhaps even a nymphomaniac, which would explain her more manic displays and lack of self-control at certain points.

What becomes evident very quickly is that, despite her outwardly unconventional lifestyle, Grace Quek remains the product of her middle-class background. Furthermore, she mouths self-empowerment clichés without really understanding their deeper meaning and implications for her as a woman. Inwardly, she continues to believe that her elite education and class will shield her from life’s rougher side; and that mummy and daddy will always be there should she fall. All of which may have led her to commit her worst crimes: not accepting responsibility for her own actions, and not having the courage of her own convictions.

If the three great monotheistic religions of the world hadn’t spent so much time moralising sex, we might not see anything intrinsically wrong with a life of pornography. However, such is not the case in the world today. And since we hold highly ambivalent attitudes towards all matters sexual, we have demonised the people who choose to make their livelihood via the flesh. Consequently, as the documentary demonstrates, if one chooses to live in that milieu, then one must also accept the consequences born of such a life. You need backbone and stamina to survive not only the harsher aspects of the industry itself, but also the judgement of the world.

The porn actress and stripper Megan Leigh recently spoke out about the close relationship she enjoys with her in-the-know mother. It still holds true; however, that only the most enlightened and sophisticated of parents would be proud of a child who is a pornographer. And Mr and Mrs Quek are hardly that. They are a Christian Singaporean family, who live in blissful ignorance of their daughter’s fame until the final minutes of this documentary. Interestingly, Quek and her mother keep the ailing father in the dark about his daughter’s occupation – a good example of how women often collude to protect men.

The scenes of Mrs Quek slowly packing her daughter’s suitcase as she tearfully asks her to not return home until she has restored her mother’s ‘dignity’ is the emotional core of Lewis’s film. It contains a nugget of truth and humanity that seems to be lacking in Grace Quek’s world of dizzy friends and lubricous acquaintances. As we discreetly watch her mother’s concept of the daughter she bore, raised and loved crumble, the documentary also uncovers the real victims of pornography.

On the surface, there is nothing about the Quek family that alerts us to the destiny awaiting their daughter. We see no history of abuse or violence, emotional or otherwise. (Though the images of Quek’s distant and withdrawn father, who seemed to be frozen rigid, did leave a lingering feeling of unease.)

However, most viewers will very quickly come to the conclusion that the feminist rhetoric is a salve for that which truly ails Grace Quek, an ailment which may be manifesting itself in her pornographic work and self-mutilation. Long after the documentary was over, the questions linger. Why did she find it necessary to slash her arms with a knife in order to “feel alive”? What emptiness did the blade fill with pain? What had died inside her that only the cut of a knife and the impact of 251 cocks could revive? And what was that skittish uncertainty behind her eyes?

Spiros Markou, the Greek writer and critic, summed up Chong’s dilemma when he recently said to me “emptiness, she seems to be filled with emptiness, and therefore tries to get fulfilled through the body.” While pondering his remark, an early scene from the documentary kept coming back. It is of Mrs Quek reminiscing of happier times, when her daughter was very young. She fondly remembers her daughter’s independence from a young age, and tells of leaving her alone while she and her husband were away. She used to pin a handkerchief to little Grace’s clothes, she says, and instruct her daughter that if anything went wrong, or if she wanted to cry, to use it.

It doesn’t seem to occur to the well-meaning woman that leaving a child with a handkerchief as baby sitter is cold comfort, indeed. Or that this might have repercussions later in life.

Viewers will very quickly realise that this documentary is not a pro-porn polemic. Rather, it is a cautionary tale in a long line of red-light cautionary tales; the most recent of which were Boogie Nights (Paul Thomas Anderson, 1997) and 8 MM (Joel Schumacher, 1999).

For all its in-your-face tactics and bravado Sex: The Annabel Chong Story is a timid sexual tourist looking for instant gratification and a quick getaway without any telltale stains on his person. I kept hoping against hope that it would rise to the level of psychological complexity of Monika Treut’s Female Misbehavior (1992), Sex is Sex: Conversations with Male Prostitutes (Brian Bergen and Jennifer Milici, 1995) or the various documentaries about Annie Sprinkle.

Belying Quek’s own assertions to the contrary, the documentary goes on to suggest that it may be that feminism and pornography have to remain exclusive, unless the participating women are alert and focused on who is holding the reins. Unfortunately, from what we see here, Annabel Chong had lost control of her horses of passion long ago. At a Sexpo, we see her encircled by leering, camera-wielding men who are commanding her to strike all manner of poses. There is no joy evident as she tries to please. She simply comes across like a puppet terrified of disappointing her commandeers. There was no sign of the much-vaunted empowerment or control in her frantic displays, just someone that had sadly become less than human.

Ostensibly, Grace Quek wanted to prove that women could be ‘studs’ like men and to have sex without suffering the consequences. What she really meant was that she wanted to exorcise her personal demons through a medium, which ends up devouring her instead. Her lesson seems to be that, due to social and biological impediments, women might not be in a position to have consequence-free sex. Men have a little more leeway than women do in this area. But even they cannot indulge excessively without nature eventually knocking on their door. Just ask Marquise de Sade, Pier Paolo Pasolini, thousands of gay men, Marco Vassi and John Holmes.

The writer Anne Rice once said that pornography is a place you visit, but you do not live there. What this documentary shows is that perhaps for those who do live the pornographic life full time, there is a price to pay. Pornographers may be invited inside millions of homes across the globe daily, but it’s a temporary invitation, quickly, coldly, revoked once the hosts’ senses are sated. The reward stuffed into their glittering g-string is the world’s disdain and ostracism. And you either live with it or you don’t.

With thanks to Sandy Webster.