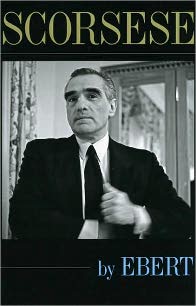 As the internet age opened up a cosmos’ worth of publication room, film writing grew as if every solar system deserved its own life-form. Many old-time critics lament the net as the demise of criticism, although any survey would reveal that, through the new medium, we have inherited the better along with the worse – the latter through blogs launching as easily as signing onto a free account. Even Andrew Sarris, J. Hoberman and Richard Schickel enjoy sizable readership online. Schickel, in fact, was proud to admit in Cineaste last year that he now reviews, exclusively, for Time.com (1). The canonical Schickel, an “online critic”? Listen to the fact shake the foundations of high-brow film journalists logged on to their laptops and iPhones.

Yet web components of publications are still treated like bastard stepchildren, aside from the constant reviewer from Chicago. As the Rotten Tomatoes age came upon us, RogerEbert.com began indexing all of the critic’s new work and backtracked to include all he’d written from 1967 onward. Benefiting from years of reviews, the webpage became a critical database at a time when new sites fabricated themselves into such. A visit to Roger Ebert’s home page will promise the newest films covered, and perhaps a new “Great Movies” entry to break away from the current trends. His search engine lets us step into the past, as Ebert has filed from Vietnam to George W. Bush’s end, the mainstream rebellion riffs of the ’60s along with the George Lucas/Steven Spielberg legacy.

The internet opened room for extensive new media journals, such as the one you are now reading. Ebert’s web-land remains the democratic voice, yielding variety in simplicity through a sea of insightful nuggets. The site made the critic’s yearly collections, Ebert’s Yearbook (and previously, The Movie Home Companion), into something of a nostalgia act. Big box bookstores will carry them next to the newest Leonard Maltin, since name brands can catch a browser’s eye. As fine reading as Ebert is in print, we have cinema’s history in one virtual territory. The search of any contemporary performer or director may just outline his or her career.

Noting Ebert’s coverage of one filmmaker, The University of Chicago Press asked the critic to collect his writings in a volume titled Scorsese by Ebert, which deceptively looks like a small-scale critical biography. The collection is an odd case, one in which a trail of online reading returns to the print format. While much of the reviews collected here first appeared in print, and Ebert regards himself as a newspaperman to this day, his later writings were filed into cyberspace as they were syndicated in print. Hence, by spreading out a series of Ebert pieces, Scorsese offers something of a reflexive exercise – hard copy entwining digitext – and a test to readers: should we lay down cash for a book that scoops up from the net?

Well, they aren’t slouches over at Chicago UP, and neither is the critic. The collection includes introductory sections written for this project that outline and reflect upon the territories that readers have already chartered. In the book’s general introduction, Ebert immediately notes he is not a “long form” writer, that the film critic gig he landed by chance in ‘67 re-directed him to column-length coverage. (By then an experienced journalist, he abandoned PhD work in literature at University of Chicago to join the Chicago Sun-Times.) The “brief” format made Ebert concise: the introductory passages contextualise Scorsese’s career in snapshots, in lieu of extended analysis.

The book’s introduction presents Scorsese’s film style in a manner that would make the film-expert/director feel equally proud and revealed. Aside from the director’s flashy use of camera movement, “he nevertheless likes a subtly moving camera, because he believes that movement suggests voyeurism and a static camera indicates simply a gaze – but he is not afraid to gaze.” (p. 3) Such insight comes with ease from Ebert, proof of his having seen all of Scorsese’s films (some numerous times) not for assignments, but as an obsession. Ebert’s style also stems from his rapid-fire process in which he composes nearly as fast as he types. (Alas, how all critics aren’t created equal.)

Ebert is certainly the man for this critical appreciation. In 1967, he filed a review of the film I Call First, the original title of Scorsese’s debut, Who’s That Knocking at My Door? The brief piece whips by readers’ eyes in a flash (as do much of the entries in the book), especially since, as part of coverage of the new Chicago Film Festival, the press allowed little space for this independent. So Ebert called for the mainstream release, which came in 1969. At first celebrating the film as a bold experimental work, Ebert spotted a sensibility in it that needed more room to grow. In the story of a New York tough who can’t reconcile his sexual needs with his religious guilt, Ebert in 1969 sees a theme told with inspiration, yet flailing for more attention. Scorsese’s energy, Ebert notes, nonetheless plays more controlled than the film’s predecessor, John Cassavetes’ Shadows (1959). The critic discovered a new talent who was still far from a household surname.

Ebert regards objectively the hired jobs of Woodstock (Michael Wadleigh, 1970), on which Scorsese operated a camera, and Boxcar Bertha (Scorsese, 1972), knowing that this fine hand would be picked up by the musical revolution and the budget innovator, Roger Corman. As fans of the director know, the first payload came with Mean Streets (1973), in which Scorsese clarifies the caged-bird of a theme in Knocking. Alas, we note that Ebert got there first, to this “gangster movie” that is really a “tragic story about how it is to grow up in a gangster environment.” (p. 34) Ebert knows the inspiration of Scorsese’s debut wasn’t lost in this film of “urgency and restless desperation,” right down to its “realistically clumsy” fight scenes that hold verity up foremost (p. 35). Rebellion meeting gangland is clever by itself, yet Ebert notes that the style suits the genre innovation.

The critic stood tall in support of Taxi Driver (1976), as he did in 1969 for Sam Peckinpah’s The Wild Bunch when the initial critical response was far from the film’s current legacy. Ebert’s non-auteurist bent is seen in his affection for Alice Doesn’t Live Here Anymore (1974) and After Hours (1985), in which the filmmaker drew out a suitable style for each film’s content and tone. At the same time, Ebert connects the director’s main concerns to unlikely entries, like The Last Temptation of Christ (1988) and The Age of Innocence (1993). The Age of Innocence shows personal style redefined into Victorian repression, as the film presents the touching of two hands bursting through the Scorsesean wall of guilt. It doesn’t hurt that Ebert’s assessment of the novel is quite perceptive: in Edith Wharton’s New York,

[a] rigid social code governs how people talk, walk, meet, part, dine, earn their livings, fall in love, and marry. Not a word of the code is written down anywhere. But these people have been studying it since they were born. (p. 132)

Curiously enough, Ebert celebrates Scorsese’s Innocence right next to GoodFellas (1990) in a closing section of entries from his “Great Movies” column. If GoodFellas is the truest of gangster films, then Innocence sports the thematic truths of one auteur, Wharton, matched to another.

Ebert sees Temptation as something of Scorsese distilled, in which Catholic concerns (never lost on the critic) are highlighted to investigate humanity’s need to doubt and desire. With “a vast, hostile expanse of hard soil,” this filmmaker – usually detailing “the city…bars, clubs, bedrooms, kitchens, nightclubs” – now evokes hell through a self-doubting, mythical figure (p. 101). Scorsese’s revised Christ is the successor to Harvey Keitel’s J.R./Charlie and Robert De Niro’s Travis Bickle and Jake La Motta. In a new reconsideration of Temptation (quoted above), the critic takes his own 1988 review “of [the film’s] theology” to task (p. 100) – a rewarding self-deprecatory approach, since overreaching critics often tout their wrongheadedness to their peril.

Yet, Scorsese’s method of attaching reconsiderations after reviews of the same title – sometimes adding an interview, or a year-end tribute – cuts the text short. With a little finagling, the critic could fuse his original reviews with the new insights, since Ebert’s sensibility seems to desire magazine-length wordage, in spite of his years of shorter reviews. Fittingly enough, the occasional interview found in this collection doesn’t limit itself to journalistic objectivity: Ebert makes newspaper Q-and-A’s into critical documents.

Ebert won’t hold off from calling “one of the greatest directors in film history” to task (p. 1). (I wonder what he says when lunching with Werner Herzog?) Always working off his initial response, Ebert finds the studio tribute New York, New York (1977) and The Color of Money (1986) unsatisfying, the latter mishandling its inspiration by trying to extend it too far. Similarly, Cape Fear (1991) cannot transcend the noir style, though the critic acknowledges the pull that the Spielberg-produced film had for Scorsese: in the ’70s, classic crime was stardust upon the director’s sensibility.

Forging on in the face of illness, Ebert is enthused to watch the now (finally!) Oscar laureate at work. The inclusion of Ebert’s 1997 interview with the director at Ohio State University is the purest tribute in this text. The 48-page talk presents Scorsese running through insights about his and others’ films, in thought-processes that place the bushy-browed, motormouth genius right into the mind’s eye. The emcee appears to discard his notepad, so fervent is the artist before him.

Scorsese by Ebert, by Roger Ebert, foreword by Martin Scorsese, The University of Chicago Press, Chicago and London, 2008.