Lucile Hadžihalilović’s cinema can be understood in terms of the artistic notions of the pittura metafisica – the “metaphysical picture,” coined by painter Giorgio de Chirico in the 1910s. Taken at face value, objects and landscapes throughout her films bear a resemblance to European surrealist painting, specifically those by Chirico, Salvador Dali, and Yves Tanguy, and Hadžihalilović has stated as much.1 For Chirico, the notion of the metaphysical picture had more to do with the sensations felt when presented with an image than with any systematic theory pertaining to creating or interpreting an image, developing out of his insouciant mood while recovering from an illness.2 By that reckoning, the child subjects in Hadžihalilović’s cinema occupy a similar ‘acquiescing’ role: girls graduating from a boarding school, boys being ostensibly ‘cared for’ in a hospital, a girl who outgrows a set of false teeth. What happens before or after these events remains a mystery. Chirico himself stated in 1938: “The strangest sensation left behind by history is that of mystery (“présage”). […] Prehistoric man must have seen such mysteries everywhere. He must have trembled at each step.”3 With regard to codified theory, metaphysical means “beyond or across the physical,” in that images that appear as phenomena to the viewer also remain as a vessel for noumena that exists elsewhere. What has come to be known as the metaphysical picture was described in 1941 in relation to Chirico as “…an idyllic world with overtones of disaster,”4 though this merely alludes to something larger happening outside the picture’s plane. Metaphysical art is at once a perception and expression of the “all,” or what cannot be expressed through a single entity.

Likewise, Hadžihalilović’s cinema at once strips surfaces down to geometric forms and suggests a larger array of hidden forms, coinciding in that regard to Chirico’s notions of the metaphysical picture, and by extension of surrealist painting. Compare the schematics of evolutionary charts in Innocence (2004), for instance, to Chirico’s The Span of Black Ladders (c.1914), which features relief carvings of two fish with a giant vivisected hand below them. Figures playing on a rocky beach in Evolution (2015) seen from a great distance become so abstracted as to suggest those of Tanguy’s Ribbon of Excess (1932), where amorphous forms implying humanoid figures appear in a kind of procession through a fog. There is no end to such comparisons, and yet they would only prelude any metaphysical-surrealist sensibility that the films might contain. Born in Lyon to a Yugoslavian immigrant father and raised in Morocco, Hadžihalilović initially studied art history and was later editor for Alain Bourges’s documentary Horizons artificiels (Trois rêves d’architecture, 1991), so it is not beyond the imagination that she would at least superficially emulate the surrealist sensibility across various ethnic and national lines.5 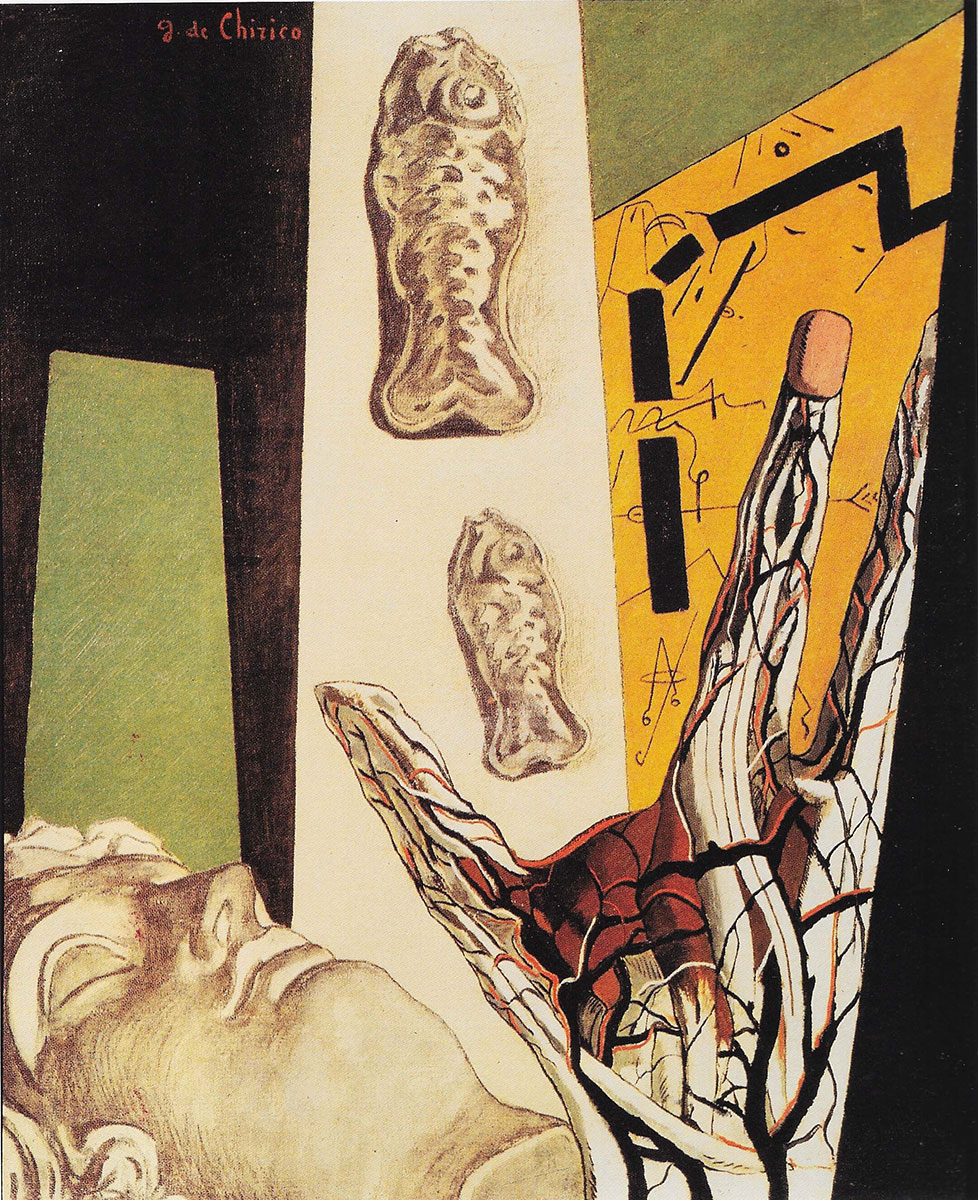 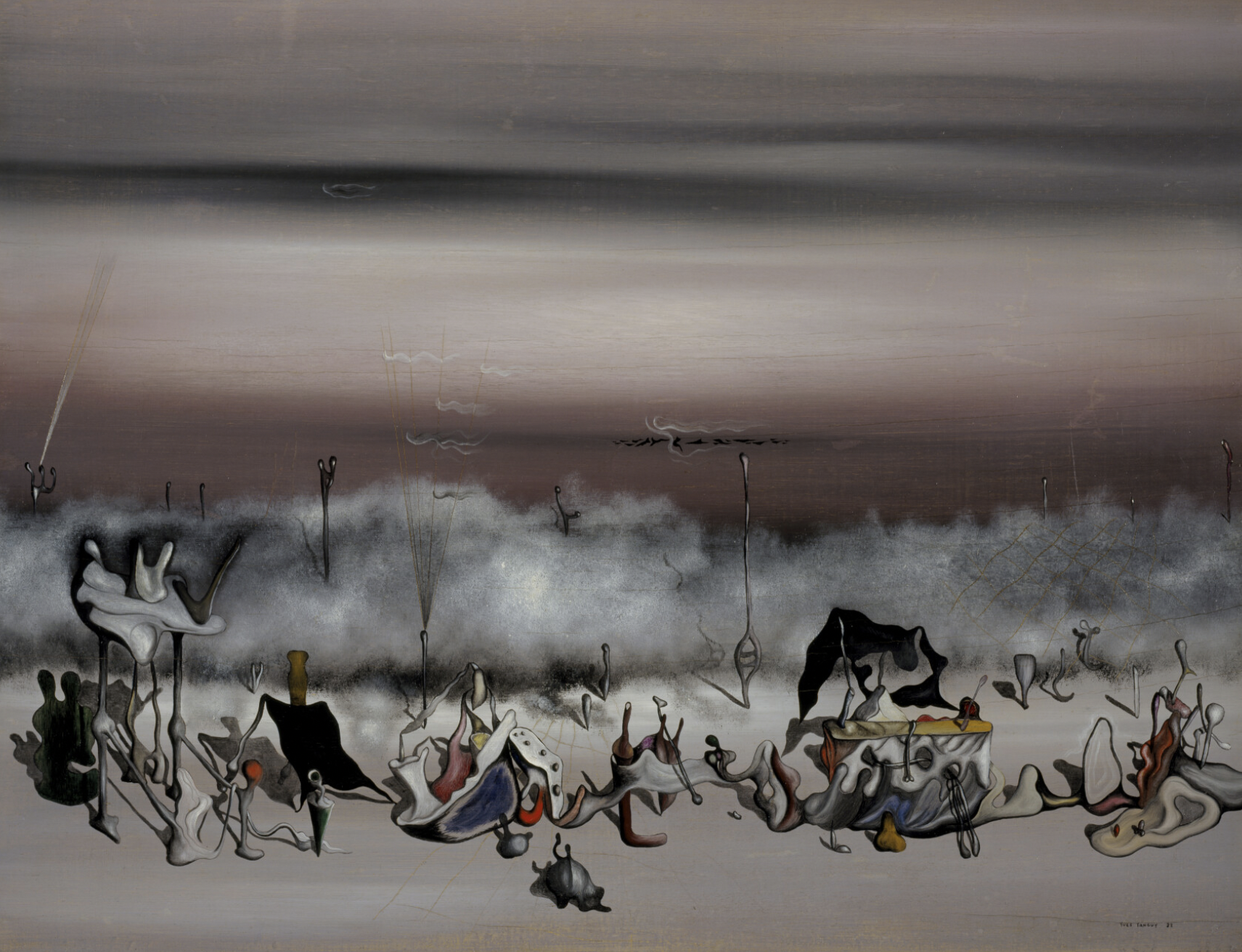 The relationship between Hadžihalilović’s cinema and the metaphysical picture is predicated on the notion that the viewer should privilege sight over all other senses: A hallmark of surrealist art has to do with the artist’s paring down of the symbolic text into geometric – and by extension, semiotic – forms, the viewer’s imagination then likening that matter to similar forms. Yet geometric patterns in Chirico’s paintings emerged more from seeing his father’s engineering drawings than by any necessarily artistic training,6 and one sees an analog in this when regarding Hadžihalilović’s films not as films but rather as paintings: Her adaptation of Frank Wedekind’s 1903 novel Mine-Haha, or On the Corporeal Education of Young Girls into Innocence was based first on images and situations rather than on the actual text.7 In her adaptation of Brian Catling’s 2019 novel Earwig, the image of human mouths and teeth were seen as “vectors” to be singled out.8 These vectors together with the film’s recurring goblet imagery – china cabinets, wine glasses, beer steins – recall Dali’s Apparition of Face and Fruit Dish on a Beach (1938).9 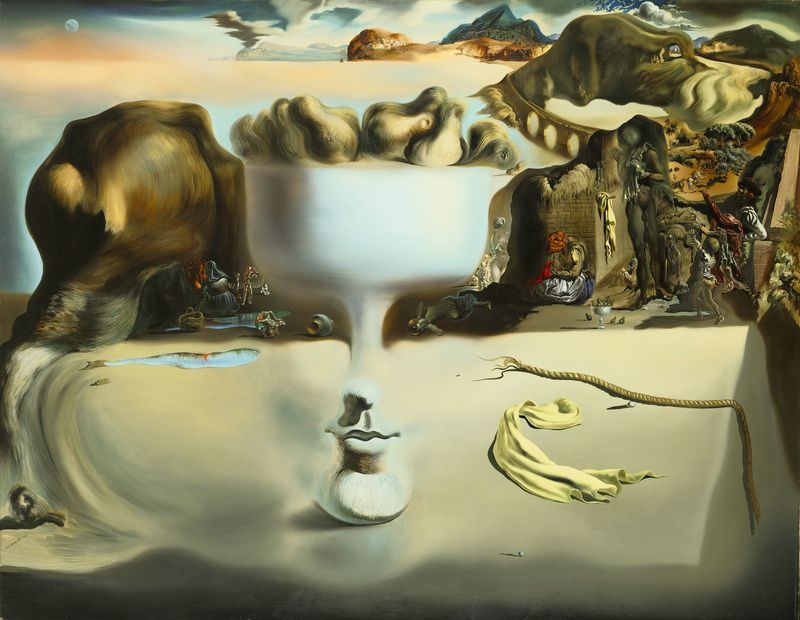 Apparition of Face and Fruit Dish on a Beach (Salvador Dali, 1938)

Hadžihalilović’s cinema abides by the metaphysical in that each of her features is diffuse with regard to the narrative arcs of their subjects. While Innocence, Evolution, and Earwig all at first glance feature children, they are not exclusively about children. All follow peripheral adult subjects in scenes that do not include children, and in doing so suggest a larger, unseen mechanism controlling events offscreen. The films do not provide the viewer with a conventional narrative structure to guide them through events (events being instances of a causal relationship between people, places, and things), but instead merely introduce the viewer to a landscape of events suggesting a larger world that exists outside the frame. Some commonalities between her three features, narratively and iconographically, are a mostly unseen and unexplained institutional structure wielding control over the actions of characters: a faculty member inexplicably weeps at the thought of what will become of her students in Innocence, a nurse has misgivings about the motivation behind the experiments in Evolution, a kind of dentist is given ominous instructions over the phone regarding what to do with his patient in Earwig.

A hallmark of Hadžihalilović’s cinema which succors the idea of a metaphysical world outside the picture plane – noumena that exists elsewhere – is the conflation of an insular environment on narrative premises  – girls at a boarding school, boys at a medical institution, etc. – and a timeless environment on filmic premises – ‘filmic premises’ being those that provoke the viewer to regard onscreen events as mere phenomena, and are meant to illicit an emotional response. Narrative insularity becomes a means of establishing filmic timelessness, which is not exclusive to Hadžihalilović.10 While filming Evolution, Hadžihalilović and her co-writer, Lithuanian filmmaker Alante Kavaitė, questioned whether or not to include the contemporary ultrasound screen, so as to ‘date’ the film’s setting.11 A shot of a birth certificate in Earwig reveals that the film ostensibly takes place in the mid-1950s, though the decor at times suggests half a century earlier, such as fin-de-siècle France or interwar England. The school setting in Innocence similarly suggests author Wedekind’s fin-de-siècle past.12 Hadžihalilović’s mise-en-scene will use aspects of the metaphysical picture as a means of establishing narrative insularity. Subjects are seen moving stoically in pairs down streets and outdoor paths that are always nearly empty: girls traveling between dormitories in Innocence, la mere and Nicolas walking down the town streets in Evolution, Albert and Mia walking by the pond in Earwig. Likewise, Hadžihalilović tends to shoot with a grounded camera that does not “follow” subjects in the frame in order to center them. They instead enter and exit as if on stage, alluding to a landscape that exists offscreen. These landscapes are thus not unlike those of Chirico or Paul Delvaux. The streetlamp motif in Innocence bears a strong resemblance to Delvaux’s Landscape with Lanterns from 1958, for instance, with the figures in both facing away from the viewer and progressing toward an unknown future. 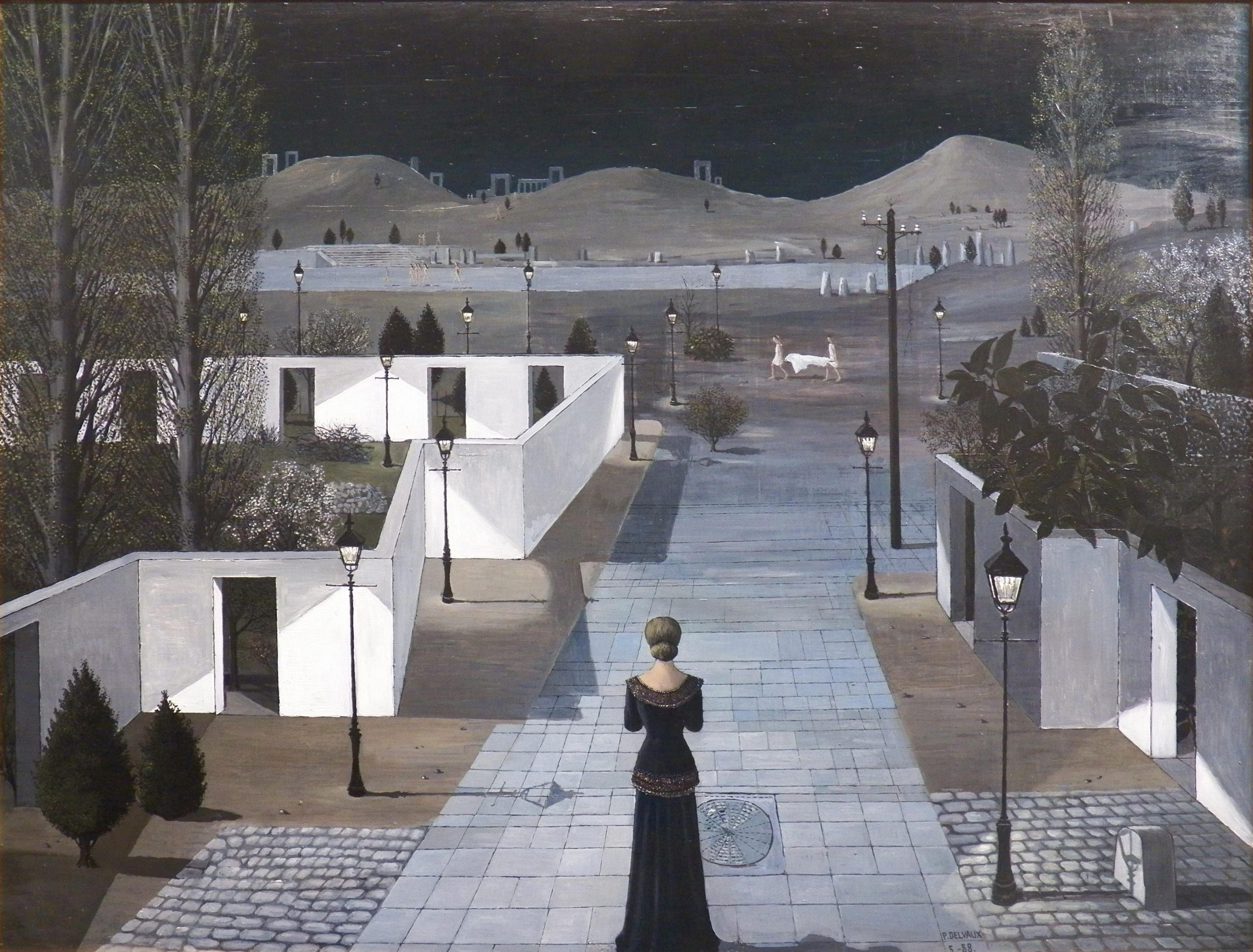 By isolating the filmic subject from the outside world, if only temporarily, and then suddenly positing them outside, Hadžihalilović uproots many of the visual and affective landscapes one takes for granted regarding narrative expectations in fiction and regarding life experience in reality. More importantly, however, is the notion of time as it pertains to narrative phenomena. Time is largely irrelevant: how the temporal image or landscape appears to the viewer has less to do with the viewer’s preconceived notions of imagery at large but with the psychic or emotional “place” into which Hadžihalilović’s images place the viewer. There is no regard to whether or not a viewer “relates” to onscreen events, but rather for an affective landscape created by the physical phenomena that surrounds the viewer. This is the essence of the metaphysical picture.