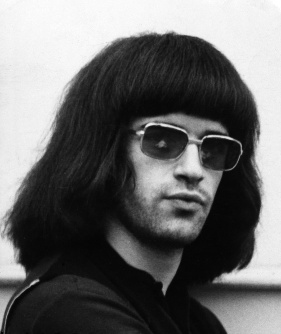 In April 1968, I was at the Hyères Film Festival to present my philosophical short film, Héracilite l’Obscur (1967). Philippe Garrel was there with his cameraman, Michel Fournier, to present their opus, Marie pour mémoire (1967). This film made a big impression on me and I admired its photographic quality.

During May ’68, I saw Garrel and Fournier again in Paris at the home of Alain Jouffroy, where a group of spiritual brothers and soul sisters got together. Happenings, music, demonstrations, revolutionary films and various radical texts resulted from those gatherings. When, in July 1968, I was ready to begin filming Acéphale, it seemed only natural to ask Fournier to shoot my film.

Forty years after our collaboration, I remember his good taste, his perfectionism and his silence, his demanding nature as well as his concentrated and alert frame of mind. Soon I was describing him as a “mystic of light”, because he knew better than anyone how to use Kodak’s black-and-white 4-X to obtain contrasts that had not been seen since F. W. Murnau, Fritz Lang or Carl Dreyer, and with his images he could create both an indescribable darkness and a bath of lustral light.

A problem occurred during the shoot. The actor Edouard Niermans proposed biting off the neck of a rooster in imitation of a gesture of ancient savagery. Which he did. Fournier who was already a vegetarian was appalled and abandoned the set. This is how Guy Gilles happened to finish shooting Acéphale. I hadn’t seen Michel since then, when he appeared, dressed all in white, and with his gentle, ironic smile at the Cinémathèque a few years back. After all these years, we hugged each other, with no hard feelings.