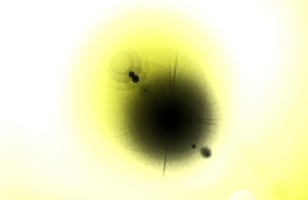 New York City in early October 2008 seemed to be feeling the weight of impending history. Obama filled the air, from the patter of the homeless (“Obama ain’t the only one who wants change”), to the street merchants (who all had Obama buttons for sale, amidst the clothing, books and paintings), to the conversations of just about everybody. The tone was one of expectancy, urgency, and import – New Yorkers were almost in an extended state of anticipatory breath-holding –much different than my city (and Obama’s), Chicago, which was certainly excited but also relaxed and casual about it all. Perhaps it has something to do with East Coast vs Midwest sensibilities.

At any rate, the edge the city had from this historical moment-to-be was paralleled by the strong sense of history, or rather histories, in the selections of the Views from the Avant-Garde sidebar to the New York Film Festival.

Filmgoers who wanted something historical and weighty had to look no further than the special, day-early, opening film for Views – a new 35mm print of Situationist provocateur Guy Debord’s 1978 film In girum imus nocte et consumimur igni. It is, by turns, a savage critique of middle class apathy, an egocentric autobiography, history lesson, lament for a changing Paris, and a reflexive meta-work commenting on its own strategies. It is a dense, maddening, tiring and exhilarating work whose misanthropy, disdain and anger seems quaint now while the underlying points seem even more relevant 30 years on (one wonders just what Debord would make of the spectacle of today’s society). 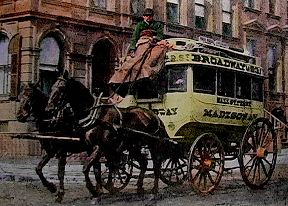 The other retrospective program at Views, a show of work by the late filmmaker and artist Bruce Conner, also pointed to a passing of history. Conner’s then-recent death reminded us that we are slowly losing the seminal avant-garde greats of previous generations. Still, two are continuing to make exceptional work – and have even embraced new digital means: Ken Jacobs and Ernie Gehr. Both screened new digital pieces that utilise imagery from a century ago, limning the past and the present in a way that wouldn’t have been as apparent had they been working in 16mm. Gehr’s New York Lantern presents a haunting phantom-world of long-ago, made from magic lantern slides of old New York. It’s a more gentle longing for a city disappeared than Debord’s pointed one for Paris. Ken Jacobs also uses late 19th/early 20th century imagery – stereoscopic photographs – in his digital video The Scenic Route. He sets these static images in motion, and as they twitch and pulse and morph he finds details and textures that allow for both social commentary and aesthetic pleasure. This new work can be seen as a subtle commentary on class – exotic landscapes are the luxury of the rich, who early in the century went on the grand tour or visited the pyramids in Egypt or the Holy Land or the Middle East. And the working class? They went to the beach. Jacobs’ politics are muted here (they can be quite pointed) and the video slowly metamorphosises into pure abstraction. Textures reminiscent of the Action Painters become crystalline. Molten glass becomes bird feathers becomes a moth’s wings. The eye tries to suss out representation in the distortions, but ultimately has to be satisfied with the beauty of the images themselves. History and politics are transitory concerns where art is concerned.

Two artists in the festival rely on tracings or markings or distortions to present feelings of impermanence and to explore very different geographies. In Horizontal Boundaries, Pat O’Neill is working on a more “epic” scale. His film is in 35mm and deals with the space of California and the psychic legacy of Hollywood. Landscapes, industrial sites, beach scenes and images of cities are all disrupted and confounded by a constantly shifting frameline, distortion in the image, and overlapping of shots through optical printing. The viewer is forced to try to ground him or herself through audio fragments from old films. For a culture that is always in the eternal-now, it is the past that provides the possibility of an understanding. Contrasting with O’Neill’s grand scale are two short pieces by Mary Helena Clark, who is working in miniature. After Writing is a minimal, ghostly exploration of an abandoned schoolroom. It is not a crisp documentary look at decay, but rather a gauzy, fragmented glimpse into a looking-glass, focusing on markings from the past – on chalkboards, walls and floors. And the Sun Flowers is a hypnotic look at the rorschach found in some antique Baltimore floral wallpaper. The eye looks for meaning as a self-relaxation tape on the soundtrack implies that it’s not the finding that is important but the looking. Clark undercuts the sticky serenity of her video gently, through the inclusion of VHS tracking distortion in the image. We are unable to focus clearly, no matter the urging of the voice we hear.

Michael Robinson and Lewis Klahr each offer ruminations on a more recent past, but they are more complex articulations than simple nostalgia. Robinson’s karaoke-music video, Hold Me Now, uses the Thompson Twins’ song accompanied by footage from a 1980 episode of Little House on the Prairie (along with shots of a seahorse he filmed himself) to create an unexpectedly disturbing work of unease. Out of context, and framed by the music, the characters from the television show seem to be in an anguished state of l’amour fou (in fact, they are dealing with the death of their infant son). The hyper emotion of the scene (which includes a broken window and a cut, bleeding hand) and Robinson’s seemingly random inclusion of the seahorse footage – which hints at Jean Painlevé – gives the video a Surrealist tinge. But one modulated through a 1980s pop sensibility. Klahr has always been adroit in the use of songs and music in his work (reflected in the frequent eclectic choices he makes) and he somehow ups the ante in False Aging. Structured in three acts, his new digital video finds a resonant narrative middle ground between his great elliptical cutout animations (which are always narratively cued, but usually difficult to decipher for most but Klahr himself) and his more explicitly story-based works (which are generally the least successful of his films – though he would argue that). Here the songs – Barbara Parkins’ “(Theme from) Valley of the Dolls”, Jefferson Airplane’s “Lather”, and Lou Reed and John Cale’s “A Dream” – inform the images, and guide the narrative reading, in a much more direct way than is customary for Klahr. The three episodes are mini-operettas (pop culture ones) and are as beautiful and moving as anything he’s done.

It’s a shame that Ben Rivers’ Ah, Liberty! And Ben Russell’s Trypps #5 (Dubai) are not science-fiction films, because they should be (and I’ll insist that they really are). Russell’s film is Dan Flavin-Blade Runner, a single shot of a neon sign in the city that has surpassed Tokyo and Hong Kong (and certainly Las Vegas) as the locus of futurity and excess. Avoiding the spectacle of the place, though, Russell concentrates on a simple, ironic totem of artificiality. Rivers’ film (in stunning black and white 16mm Scope) is something of a post-apocalyptic pastoral. An episodic portrait work of a family in an isolated back-area of the UK, it reads like Tarkovsky’s Stalker as told by Alan Clarke or (early) Mike Leigh. It is a film and place out of time or, as the soundtrack recounts, “A young world…A world early in the morning of time…A hard, unfriendly world.” Not Robinson Crusoe, but the Swiss Family Robinson on Mars.

Two abstract works take notions of history, both general and personal, as conceptual backstories. David Gatten’s rigorous but lovely Film for Invisible Ink, case no. 142 Abbreviation for Dead Winter [diminished by 1,794] is a dedication film for his friend, filmmaker Phil Solomon. The length corresponds to the distance between the two (one frame for each mile – hence the 1,794). Gatten also includes text from Charles Darwin, hinting at individual evolutions and changes. The film itself is of the nap of a sheet of paper, filmed horizontally and in macro, creating a forest of pulp. It is a look “above the surface” – the fibres reaching up off the page in a tangled web of dimensionality. Gatten here, as in his other works, is fascinated with texture and illuminating secret histories and natures. He might rightfully be considered the antiquarian of experimental cinema. If so, then surely Fred Worden is its phenomenologist. Few others seem to be exploring the subjective act of seeing through a lens that is as rational, hard-edged and objectivist as his. Many of his works want to concretise vision-experience. As he says about his new video 1859, “LSD is illegal, 1859 is not.” Constructed from a 30-frame clip of a lens flare, Worden has made a cosmic journey and an almost literal digital corollary to Brakhage’s “closed-eye vision”. Whereas Brakhage’s explorations were lyrical and metaphoric, Worden’s hews closer to “scientific truth” in its realisation. This is aided by the title, which Views co-curator Mark McElhatten points out was the year that an astronomer claimed that there was a planet closer to the sun than Mercury; a sun-storm allowed the Northern Lights to be seen as far south as Cuba; the Cape Lookout Lighthouse in North Carolina, equipped with a new lens design, was inaugurated; and solar flares were first observed by Richard Christopher Carrington. An auspicious year for astronomical activity and a fitting title for Worden’s astronomical visionscape.

Views’ closing film, James Benning’s feature-length RR, was an appropriate choice for a festival so wrapped up in history and pastness. While Robinson and Klahr eschew nostalgia, Benning takes it head on in his evocative “portrait” film of trains. He seems to be lamenting a dying symbol of freedom and openness and the changing nature of things. In some ways it feels like his most personal film in many years. Benning’s minimal, nearly-structural landscape films (long takes of static shots) have always had a political undercurrent, but he foregrounds that here with speeches and radio broadcasts on the soundtrack – voices from the ether which conflate past and present. Benning’s nostalgia is not a pure romanticisation, though, but one that acknowledges its own ironies and contradictions. Railroading is also a symbol of the corporate and industrial interests it serves. But it is hard not to feel a sense of loss as a train slowly recedes into the distance into a vast, empty land at the end of the film. The past is gone. One must look to the future.