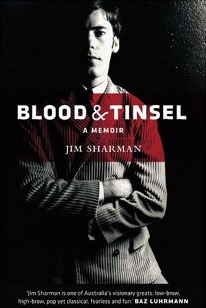 The fabulous was Jim Sharman’s birthright. Grandson and son of successive managers of the legendary Jimmy Sharman’s Boxing Troupe, he fills the opening pages of this remarkable memoir with vivid recollections of an early childhood spent in sideshow alley amid the strong men and the fairy floss vendors, the trick motorcyclists and the acrobats juggling fire. Imported from Africa as part of a freak show, the Pygmy Princess Ubangi is a regular guest at Christmas dinner, perched up in a baby chair opposite an Italian priest with a roving eye. Colour and movement, earthy eroticism, humanity in all its motley diversity, the poetry of evanescence and the hard slog of life on the road: it would take an Australian Fellini to do justice to the milieu, or to the initiation scene in which the five-year-old Sharman catches a Fantale tossed into the crowd by a pantomime dame who thus captures him heart and soul for life.

If the neophytes in Sharman’s movies tend to be young women rather than boys, the autobiographical resonance is hardly lessened, considering that the thrill of gender ambiguity is part of his consciousness from the outset and that a later anecdote explicitly identifies him with Moira Shearer’s art-besotted young dancer in The Red Shoes (Michael Powell and Emeric Pressburger, 1948). Similar profane ecstasies are experienced by the suburban delinquent (Jane Harders) in Sharman’s debut feature Shirley Thompson Versus the Aliens (1972); by Susan Sarandon’s corn-fed Janet Weiss in The Rocky Horror Picture Show (1975); and by the sheltered Felicity Bannister (Kerry Walker) in Patrick White’s The Night The Prowler (1978) who undergoes a radical personality change when she’s assaulted (or is she?) by an intruder in her family home.

What’s at stake in these ceremonies of ravishment? Sexual knowledge is not the whole story, nor is awareness of the price of creation. Louis Nowra suggests that Sharman’s characters “always seem to be involved in a Nietzschean will to power” (1), and Sharman himself offers hints that lead in many directions, citing the worldly wisdom of Cosi fan tutte, his mentor Patrick White’s philosophy of “perpetual becoming” (p. 339), and a quasi-religious experience in Japan “of opening up to silence, to nothing, to emptiness” (p. 186). We have here a many-sided sceptic, curious about all beliefs but faithful only to the imagination, an aesthete in the most serious sense.

As such, Sharman must have seemed an odd man out in the context of the 1970s Australian film revival, though today he could be placed among the founders of a local tradition of camp showmanship carried on by the likes of Baz Luhrmann (who provides a front-cover blurb). Yet it’s hard to picture any of his epigones enjoying a long and fruitful collaboration with a figure as formidable as White, who might easily have written the funniest and cruelest review of Australia (Luhrmann, 2008) that we’ll never see. Overshadowing numerous other engaging pen-portraits of friends and colleagues, the great novelist dominates the second half of the book; Sharman keeps circling back to describe him from different angles, seeing him in turn as a “predatory vivisector” (p. 129) and as a kindly humanist lurking behind the curtain of a fearsome reputation like the hidden god-king in The Wizard of Oz (Victor Fleming, 1939), another touchstone movie.

Many Senses of Cinema readers will (like myself) know Sharman primarily through his films, but Blood and Tinsel confirms that he has always been basically a man of the theatre. While much space is devoted to his work on rock musicals like Hair and Jesus Christ Superstar, only two of the five features he made between 1972 and 1981 are discussed in detail. Tellingly, both were spin-offs of stage projects: Rocky Horror was first developed for the Royal Court in London, and The Night The Prowler was scripted by White at around the same time Sharman was directing revivals of his plays The Season at Sarsaparilla and A Cheery Soul. No explanation is offered for Sharman’s turn away from cinema, though it’s likely that a relative lack of critical or box office success had a personal as well as professional impact on a director keen to advertise his connections to the zeitgeist and to break down the barriers that separate audience from performer.

Given these ambitions, it’s apt enough that Rocky Horror should stand as Sharman’s best-known achievement. Looking back, he seems both delighted and bemused by its enduring interactive cult, a phenomenon encouraged by exhibitors but in no way anticipated by anyone on the production team. Today the film more than merits a fresh look minus the rice-throwing, umbrellas, and call-and-response chants; now that subsequent stage productions have made the material feel as comfortably naff as a theatre restaurant floor show or an Austin Powers sequel, it’s a mild shock to learn just how varied Sharman’s sources really were, with Restoration comedy, Weimar cabaret and Judex (Georges Franju, 1963) thrown into the mix along with Bette Davis, James Whale and Forbidden Planet (Fred M. Wilcox, 1956).

As a director of youth-oriented productions on four continents in the late 1960s and early ’70s, Sharman had ample opportunity to breathe the heady air of the counterculture at its peak. But as the child of a world peopled by spruikers and spielers of all kinds, he stood little chance of being swept away in a tide of rebellious idealism. For the most part, he paints himself as a pragmatic professional, keeping watch on his glamorous peers from a coolly appreciative distance. Some fairy godmother must have provided him early on with his wondrously sharp eye for the significant details of décor, costume and gesture that are the building blocks of mise en scène; only a truly exceptional small boy could have taken and preserved so exact a mental snapshot of his mother sitting “in the family’s tiny-but-tidy caravan…in a box-pleated skirt and fine pale silk blouse adorned by a single strand of pearls, flipping the pages of Vicki Baum’s Grand Hotel” (p. 15).

Yet Sharman is consistently disdainful of anything like naturalism. Influenced by a pantheon of visual modernists from Marcel Duchamp to Stanley Kubrick, he typically bases his productions on strong, simple visual concepts: Don Giovanni as a chess game, or the do-gooder anti-heroine of A Cheery Soul as “King Lear in clown-face” (p. 270). Along with the instinct for archetype goes an insistence on the importance of rhythm, the challenge of locating “the hidden pulse of a work” (p. 211) over and above its literal meaning. These principles are both expounded and put into practice in Blood and Tinsel, which makes ample use of stream-of-consciousness techniques and other forms of linguistic montage: Sharman’s collaboration with White, for example, is “restaged” within the text as a series of vignettes, each opening with the onomatopoeic “Ring-ring” (pp. 255-280) of a phone.

Sharman mentions “a very Australian understanding of tragicomedy” (p. 268) as the key artistic attribute that he and White share. Another way of saying this might be that both tend to an ironic yet finally non-moralistic view of Australia as a land Down Under where an imported “civilised” culture proves impossible to distinguish from its grotesque inversion. Thus the middle-class Sydney suburb in The Night The Prowler is rendered as a psychic jungle, where unwieldy bodies grope blindly against a crazed version of the interior design style which the architect Robin Boyd denounced as Featurism (2). Bulky armchairs loom, doorknobs sport floral emblems, and Edvard Munch’s The Scream serves as lining for a writing desk, while Walker’s overgrown virgin nibbles on gladioli like a lost aunt of the neurotic sisters in Sweetie (Jane Campion, 1989), or like Dame Edna’s mute bridesmaid blundering at long last into the spotlight.

“Certainly there was a Pacific Rim influence on this film” (p. 229), Sharman writes of Rocky Horror, scripted by the New Zealand-raised Richard O’Brien. From one angle, he suggests, Rocky can be interpreted as the story of two antipodean innocents lost in “the haunted house of European culture” (p. 232). If the squares and the crazies are equally “freaks”, it’s because they’re depicted in a context which, like the director’s carnival childhood, offers no self-evident benchmark for the normal. Similarly, The Night The Prowler works both sides of the suburban street, satirising the horrors of middle-class bad taste while indulging its own camp passions for jewelled visual vulgarity and overripe dialogue: “Well, to distinguish between marvellous and ghastly – if that isn’t conversing, what is it?” Indeed.

If Blood and Tinsel itself is ultimately more like dazzling conversation than it is like literature, it’s partly due to a habit of overwriting which might have originated in a professional need to “direct” collaborators towards an artistic goal. Too many passages are marred by the prose equivalent of Featurism, a fussy underlining of themes and motifs; there’s a sense that kitsch is a constant temptation for Sharman, but also that – as a primarily non-verbal artist turned author – he finds himself in the treacherous position of a conjuror explaining how he does his tricks. Conversely, some readers may be perplexed by the “open” form of the book, which in Sharman’s own terms resembles an Eastern scroll painting that flows like a river toward an ever-receding horizon, rather than a Western masterpiece “that leads the eye to a central idea, drama or passion” (p. 189).

Paradoxically, Sharman’s nearest approach to a “central idea” is precisely his conception of existence as flux. “Time and mortality”, he writes, “are the source of the greatest drama” (p. 205) and one of the book’s most impressive qualities is its unsentimental acknowledgement that change implies loss. Cultures transform, lovers depart, supporting actors fade out of the picture one by one. Yet in some sense the past abides: Sharman lays as much stress on the legacies that have shaped his own experience as he does on the chance epiphany or one-off encounter. This dichotomy is expressed in the book’s very title, where blood stands for the persistence of family ties, tinsel for the allure of the ephemeral; the two symbols sum up the author’s loyalties like a coat of arms, evidence in itself of his gift for theatre.

Blood and Tinsel: A Memoir, by Jim Sharman, The Miegunyah Press, Carlton, 2008.