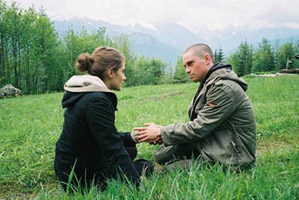 Oldenburg is lots of fun. I’ve been there twice, the first time on September 11, 2001. Torsten and his crew are really nice, helpful people, the town is pleasant, and the food and wine are plentiful. I highly recommend you go – you won’t regret it.

This was what Jim McBride told me when I mentioned that I had been invited to serve on the jury at the 14th Oldenburg Film Festival. McBride was president of Oldenburg’s jury in 2006, but few other people I asked had even heard of the festival. Judging by my own experience, it deserves to be much better known.

The bulk of Oldenburg’s program consists of American and German independent films: this year there were retrospectives dedicated to Stacy Keach (who also served as jury president) and Abel Ferrara (who couldn’t attend). The five films our jury – which included producer Paul Thiltges and director Kevin DiNovis – considered for the German Independence Award demonstrated that German cinema was experiencing a renaissance which, though less coherent than the 1970s New Wave, had already produced a varied and ambitious body of work.

The only disappointment was Jan Hinrik Drevs’ Underdogs: a sentimental crowd-pleaser (predictably, it won the audience award) about prisoners training guide dogs, it proved independent German directors to be quite capable of creating films indistinguishable from routine American television product. Far more impressive were Ben and Dominik Reding’s Für den Unbekannten Hund (For the Unknown Dog) and Hans Steinbichler’s Autistic Disco, two extraordinary achievements which plunge the viewer into enclosed artistic worlds. Steinbichler’s film audaciously balances formal and informal elements, allowing its young performers to express themselves spontaneously within rigid widescreen compositions which suggest the limitations of their apparent freedom. A more traditional humanist approach was taken by Jakob M. Erwa’s Heile Welt (All the Invisible Things), a kind of anti-Pulp Fiction which begins by following three young men, then shows how various people they encounter are not disposable extras in somebody else’s narrative, but rather complex individuals with rich emotional lives. Leaving aside a certain tendency towards schematism, this was an astonishing debut, and fully worthy of the award our jury gave it. 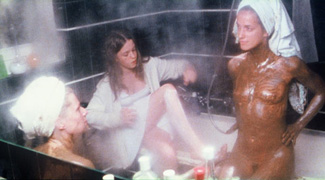 My personal favourite, however, was Pia Marais’ Die Unerzogenen (The Unpolished). Combining the humanism of Erwa with that sense of personal urgency conveyed by Steinbichler and the Redings, Marais elliptically narrates the autobiographical story of a 14 year-old girl who rebels against her non-conformist upbringing by embracing bourgeois respectability. Like Heile Welt, this film refuses to impose any limiting morality on its protagonists; but whereas Erwa made us reconsider initial judgements, Marais never lets judgements form in the first place, obliging us to view characters and events with the same attentiveness and respect we would grant individuals and situations encountered in our everyday lives. If the other competition entries show enormous promise, Die Unerzogenen is a flawless masterpiece which, were it not a first feature, one might take to represent a director at the height of her powers.

The closing night film, Volker Schlondorff’s Ulzhan, was screened without English subtitles, but nonetheless impressed through its striking use of landscape. Schlondorff attended the festival, where he was briefly reunited with Stacy Keach, the two having previously met to discuss collaborating on an unmade film back in the 1970s: when I asked what this film was, Keach replied “I don’t remember – and neither does he!”. Also present were Oldenburg regulars Douglas Buck (accompanying his remake of Brian De Palma’s Sisters) and Deborah Twiss (presenting a screening of A Gun for Jennifer), who told me how her recollections of working as a stripper had helped inspire Abel Ferrara to make Go Go Tales, in which one of the characters is a stripper named Debbie who is trying to raise money for a film called A Gun for Stephanie (actually referred to as “A Gun for Jennifer” in the draft of Ferrara’s screenplay that I read).

Of those films seen out of competition, Dirk Hoyer’s charmingly quirky Vooras (Detour) suggested an Estonian Jim Jarmusch, while Christina Kinne’s short Miss Lucifer! boasted a strikingly effective use of colour, garish reds and blues eventually giving way to white snow (though, after the screening, Kinne told me that, far from executing a pre-existing plan, she had simply taken advantage of a real snowstorm). But just as impressive as the films was the festival itself, which, under the inspired direction of Torsten Neumann, combined intelligent cinephilia with a laid-back atmosphere of democratic equality. At the closing night party, Stacy Keach even spent time behind a bar pouring drinks for the other guests, neatly embodying what regular attendees had taken to calling “the spirit of Oldenburg”.