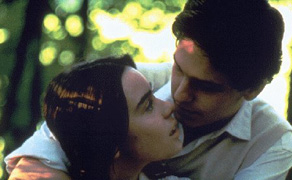 The title Wild Reeds (Les roseaux sauvages) echoes a poetic fable by Jean de La Fontaine (1621-1695): “The Oak and the Reed”. Boasting of his strength, the proud oak tree offers to shelter the frail reed. But the reed rejects the oak and, when a storm blows, the reed bends with the wind and survives, while the oak is torn up by its roots. In concert with this, all of Wild Reeds’ adolescent characters need to learn to bend from their initial, inflexible positions and accept the ambiguities inherent in adulthood.

An almost perfect cinematic experience, André Téchiné’s film is the story of four young people on the cusp of their adult lives. Set in a small town in southwest France in the spring of 1962, the narrative follows the characters from scene to scene, the camera studying them closely and the editing creating a domino-like effect as each scene segues smoothly from its predecessor. The central character, the proto-intellectual François Forrestier (Gaöl Morel), draws together his best friend, Maïté Alvarez (Élodie Bouchez), who oscillates between adolescent exuberance and a stoic wisdom more typical of a much older person, Serge Bartolo (Stéphane Rideau), the son of Italian sharecroppers, and Henri Mariani (Frédéric Gorny), a cynical and antagonistic young man who sees himself as unwillingly exiled to this small town. The significant adults in their lives are teachers at the boys’ boarding school: Maïté’s mother, Madame Alvarez; and her replacement, Monsieur Morelli.

What begins as the story of a friendship between François and Maïté – as they prepare for the baccalaureate – quickly broadens and deepens into a study of love, sexuality and the impact of war on ordinary people. Wild Reeds is more than just a coming-of-age film; it is also a coming-out film, deftly exploring François’ realization of his homosexuality. One evening he confronts, and outs, himself to himself: standing in the bathroom of his boarding school, looking at himself in the mirror, he repeats the phrase “Je suis un pédé” (“I’m a fag”), his voice growing in confidence and volume.

While surveying the portrayal of young people in French film, Keith Reader argues that “the problems of the young still stand as representative of those in the wider society” (1). In keeping with Reader’s broader argument, Wild Reeds also makes an important contribution to the filmic portrayal of the Algerian War (fought between the French army and the Algerian Front de Libération Nationale [FLN] from 1954 to 1962). The pre-eminent cultural historian of the French-Algerian War, Benjamin Stora, has categorised Wild Reeds as an “allusive” film, given its background references to the Algerian War (2), but I would argue that the colonial conflict is, in fact, central to the film as the narrative and characters are animated and catalysed by events in the war. The fact of the war contributes significantly to the film. For example, the FLN’s adoption of classic guerrilla tactics culminated in their campaign of exploding bombs in European, civilian venues from September 1956 to August 1958. Henri’s father, whose face was “blown away”, was presumably killed in the summer of 1957, at the height of the FLN bombing campaign. Similarly, when Henri rejects Monsieur Morelli’s help he mutters, “’I understand you’… what crap”, echoing de Gaulle’s (in)famous words (“je vous ai compris”) to the settlers in Algiers on 4 June 1958. For Henri, the personal is political.

The opening sequence, the wedding of Serge’s older brother Pierre, shifts from a Renoiresque study of an extended family’s joy to the politically challenging question of whether to help an unwilling conscript desert. When, after his return to Algeria, Pierre is killed, the woman who refused to help him, local communist Madame Alvarez, is haunted by his memory. This recalls one of the earliest French films to deal with the Algerian War, Alain Resnais’ Muriel (1963). In Resnais’ film a returned French soldier cannot forget an Algerian woman, known as “Muriel”, whom he helped torture to death. Wild Reeds also, in a sense, brings “Muriel”, or a figure very like her, to France, in the character of Monsieur Morelli’s Algerian wife, Aïcha.

Wild Reeds contains allusions to key films of the period in which it is set. One example of this intertextuality is when François, agonising about which of two boys at school he most desires, and whether he will soon fall for a third, rushes off to see Jacques Demy’s Lola (1961) in which the eponymous female lead tries to decide between two men, only to have her choice made for her when her first love returns. The soundtrack of Wild Reeds makes use of American pop music, pointing to the increasing impact of American popular culture on post-war France. While some critics have delighted in pointing out the anachronistic use of The Beach Boys’ “Barbara Ann” (released in 1965) in a film set in 1962, this is mere nitpicking, where it really counts, in evoking the atmosphere of rural France in the final year of the Algerian War, Wild Reeds doesn’t play a false note.

Jean Lapoine and Germain Desmoulins have captured the clear, warm beauty of the sunshine in southern France in their cinematography. The bright lightness serves to illuminate the characters whose growth and change over the course of the film recall the words of La Fontaine’s contemporary, Blaise Pascal (1623-1662) who observed that: “L’homme n’est qu’un roseau, le plus faible de la nature; mais c’est un roseau pensant.” (Man is nothing but a reed, the weakest thing in creation, but he is a reed that can think.) Wild Reeds looks like a pastoral idyll: “ah yes!”, we might think, “the quiet before the storm of May ’68”, but the penultimate shot unsettles our complacency. A long, slow pan circles across the woods and fields before settling on the characters walking into their future – suggesting that the revolution has already occurred.