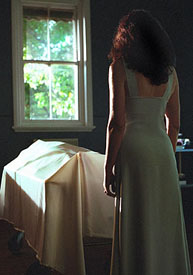 When Matthew Clayfield in his interesting article, “Killing the Gatekeeper: Autonomy, Globality and Reclaiming Australian Cinema” (1), opens with the statement that “those of us who actually care about Australian cinema […] are perpetually disillusioned”, it’s at once a familiar and provocative gambit, tapping into, as it does, both our disgust and hope for Australian cinema. Of course, different people are disillusioned for different reasons, from those bemoaning the lack of box-office receipts of Australian films to those bemoaning the lack of artistic quality in said films. Clayfield is clearly in the latter camp, but the problems are obviously related to each other.

Cinema is a dream. Art in general is a salvation, as well as a pleasure, and a critique, but cinema is a special art, the one closest to reality, and, because of that, the one actually furthest from reality – the art (artifice) being in great relief to the object posed. Film is a “magic window”, both to and from the world. (And “the world”, of course, includes all the art – all the films – it has produced.) Film both reflects and creates reality. Clayfield’s essay postulates that Australian cinema (the filmmakers, but mainly the film-funding agencies) has been stuck in a particular groove the past 30 years, endlessly trying to produce a “national cinema”, in its quest to be distinctive, relevant and successful. And that, here’s the catch, that’s actually harmed rather than helped in the creation of quality films, because, apart from creating stereotypes and clichés within the films themselves, the focus on identity-construction has taken valuable energy away from other areas (mainly formal ones). It’s a reasonable argument, and Clayfield rightly also equates the implementation of “political correctness” with this overwrought construction of “nationality”. A double whammy. For hardline critics and cinéphiles, this creates an Australian cinema which is limited (in the face of the riches of international cinema) and, for a general audience, it creates a cinema akin to a lecture: “This is what we are” (as opposed to “This is what we do” or “This is what we could be”). Even the mainstream media started having a go last year (2004), voicing their disapproval at the dire state of the industry. But it’s not as simple a situation as all this would suggest: there are more questions than answers.

First, which Australian cinema are we talking about? Why is it that the markers, the reference points, are high-profile works such as Somersault (Cate Shortland, 2004), Tom White (Alkinos Tsilimidos, 2004) and Japanese Story (Sue Brooks, 2003)? And why is it that – even when we know why films such as Somersault are used as examples – other works are not brought in and discussed? There is a thrall to both capitalism and singularity in this country; at any particular time, only one or two works are in the spotlight. There’s not only an historical amnesia occurring here, but a cultural one – even by critics who should know better.

For me, my marker, no, my touchstone, for 2004 is Dreams for Life (Anna Kannava, 2004). It is getting some exposure and recognition now, in 2005, being on a national tour (2), but only due to the determined efforts of its production company. This truly is a work of “dreaming”; it eschews the low-key naturalism that seems to be Australian cinema’s millstone, and dares for a stylised realism which incorporates elements of dream. Indeed, the film’s action seems to be taking place simultaneously in its conceived world and the protagonist’s subjectivity. Radical? In the face of Alain Resnais, Jacques Rivette, Raul Ruiz? No, but in the context of Australian cinema, Dreams for Life is a supreme achievement: complex, moving, stylish and, as I say, daring.

Let’s look at one aspect of the film from the perspective of Clayfield’s feelings on the creation of “nationality” in Australian cinema: the identity-construction of the main character, Ellen (Maria Mercedes). As a portrait of a woman turning 40, the film, whilst working these things with sensitivity and sophistication, offers up a quite conventional psychology: Ellen feels she is ageing, she feels she needs to resolve some things from the past, etc. As a portrait of a Greek-Australian woman, however, the film is an absolute corker, in the way it downplays the Greekness of the character. There are only several references to Ellen’s Greekness in the film, but they are telling: they produce a deep background of Greekness in her, but nothing more and nothing less. And this is how life is for many of us Greek-Australians: we don’t grapple with our identity, or clash with our parents over cultural issues, et cetera ad infinitum. Our Greekness is not “an issue”, it is simply there, part of our make-up. Yet for too long now Australian cinema has constantly presented non-Anglo types as stereotypes of their culture. Dreams for Life breaks that mould.

Australian cinema is daring to dream at the moment, and daring to act. The media harping on about 2004 being a poor year for Australian cinema got it only half right: it was a poor year commercially, not artistically. That the (mainstream) media equates the two things is sad, but expected. A number of imaginative and even innovative features were made and/or unveiled in 2004: Orange Love Story (Tom Cowan, 2003), Hamlet X (James Clayden, 2003), The Ister (David Barison and Daniel Ross, 2004), The Widower (Kevin Lucas, 2004), The Garth Method (Gregory Pakis, 2004), Forever (Ben Speth, 2004), Welcome to Greensborough (Tom McEvoy, 2004), In the Moment (Paul Jeffery, 2004), Anthem (Tahir Cambis and Helen Newman, 2004), The Captives (Mark La Rosa, 2004) and, of course, Dreams for Life. (3) Most of these received one-off screenings here and there, but nothing more than that. (4) But is this surprising? If films like Tom White struggle at the box office, with their publicity machines in full swing, what chance the above films? The arthouse audience is small in Australia, and the “alternative arthouse” audience even more so. 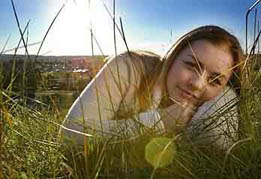 But is this glass half empty or half full? And if the liquid in it looks and tastes a bit different, does that mean it is lesser than Coca-Cola? As noted earlier, Dreams for Life is getting some exposure this year thanks to self-initiatives on the part of its production company, MusicArtsDance. The producer of the film, Aanya Whitehead, is working in a very hands-on way to ensure screenings and publicity for the film occur. Orange Love Story also received a run of screenings last year, bypassing conventional distribution and exhibition, at the quietly famous Waverley Pinewood Cinema, which has digital projection set up. (Dalkeith (Leigh Sheehan, 2001) has had a legendary long-term run at the cinema.) It strikes me that the Australian Centre for the Moving Image (which hosted the public premiere of Forever), as well as two of the commercial arthouse cinemas (the Nova and the Lumiere), should be utilised for more one-off (and runs of?) screenings of work of this kind – work which is not “commercial” as such, but work which clearly has an audience, an audience which could get to see these films with some co-operation between the films’ producers and the cinemas.

But the questions multiply: Does the proliferation of innovative micro-budget features have any relevance, let alone influence, on the broader, more mainstream, feature-film landscape? Are the Australian Film Finance Corporation (FFC) and Australian Film Commission (AFC) aware of these films? Will the directors of these films, in the coming years, shape their concerns into the $3m. feature paradigm, or will they push for just a “reasonable” scaling-up of their budgets (say, from $10,000 to $300,000)? Can one party see the other? Can artistic and financial practices be challenged and overthrown? The AFC’s “IndiVision” initiative seems to be a step in this direction – but let’s check the pudding.

Matthew Clayfield lists Crimson Gold (Jafar Panahi, 2003) and Samaritan Girl (Kim Ki-duk, 2004) as “signposts for the Australian industry at present”. Neither film is likely to be released in Australia. Adrian Martin is less pessimistic about Australian cinema at the present. In his article, “We should come to praise, not bury” (5), he anticipates upcoming features by John Hillcoat, Rowan Woods, Margot Nash, Robert Connolly and others with excitement. But he duly notes: “Talented directors do not get enough opportunities to make films.” Australia has got the bad rep. of being a “first-and-only-time-director” country. Australia needs to start looking at countries other than America for its production model.

It needs to start respecting and nurturing people and ideas that it perhaps has shunned in the past, for whatever reasons. It needs to fight financial paradigms, rather than bowing to them, and then despairing at the poor results. It needs to be imaginative, intelligent, bold. It needs to dream, and hard.

I stand by my window calling him back: Ellen! Ellen! Ellen …! I call. I call my own name.