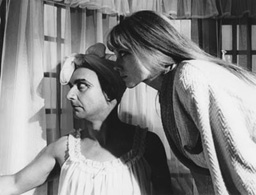 For the third time, an impatient waiter cruised up to their table. “This place is good for meat”, Hector said. “What is your favorite dish?”

An acquired taste indeed. Few figures in international cinema are as equally revered and loathed as Roman Polanski, the controversial Polish-expatriate director of the classic thrillers Knife in the Water (1962), Repulsion (1965), Rosemary’s Baby (1968), and Chinatown (1974). Once considered one of film’s foremost purveyors of suspense and the heir apparent to Alfred Hitchcock, Polanski’s oeuvre has been largely overshadowed for the past three decades by his notorious statutory rape of a 13-year-old girl, which resulted in his fleeing the United States to France in 1977 to escape sentencing. Despite his fugitive status in America, Polanski has continued working and, after several interesting but poorly received films, returned to prominence with his Holocaust drama The Pianist (2002), which won him, amongst other honours, the Palme d’Or at Cannes and the “Best Director” Oscar at the Academy Awards.

Given his rape charge and also the vicious slaying of his pregnant wife Sharon Tate by members of Charles Manson’s “family” in 1969, Polanski has caused great dissension between film scholars, who are divided on whether or not the director’s dark films should be judged independently from his personal life. These events are so indelible in the public’s consciousness that it is hard to remember a time when Polanski’s name was not associated with such sordid events. However, even before these tragedies, Polanski was not a universally loved figure in cinema. Unlike the cuddly, family-friendly Hitchcock, who every week on his television program Alfred Hitchcock Presents “brought murder back into the home, where it belongs” (2), Polanski was seen as a sadist, who, in the opinion of Rosemary’s Baby‘s star John Cassavetes, was someone “obsessed by the bloody and gruesome, behaving like some kid in a candy store” (3). Never was this notion more evident than in the reaction to Polanski’s 1966 black comedy Cul-de-Sac.

An odd mix of the plays of Samuel Beckett and Harold Pinter and such hard-edged Humphrey Bogart hostage thrillers as The Petrified Forest (Archie Mayo, 1936), Key Largo (John Huston, 1948), and The Desperate Hours (William Wyler, 1955), Cul-de-Sac is best described by Polanski scholar Ivan Butler who declared the film to be the “grimmest of comedies, most hilarious of tragedies” (4). The film harks back to Polanski’s award-winning short film Two Men and a Wardrobe (1958), in that it paints a portrait of a sadistic world where the destitute, feeble, and maladjusted members of society are victimised by the masses for their perceived weaknesses and inability to conform. However, whereas the two Chaplin-esque vagabonds of Two Men and a Wardrobe are able to return with their bulky wardrobe dresser to the waters from which they emerged, the characters of Cul-de-Sac cannot seek refuge because they are hopelessly immersed in a desolate wasteland that T.S. Eliot could have called home.

The dead end of the film’s title comes in the form of Rob Roy, a secluded 11th-century castle on Lindisfarne Island, Northumberland. Along a causeway that becomes engulfed every evening by the tide, Rob Roy serves as a last stop for lost souls. No one is more lost than the middle-aged George (Donald Pleasence) who abandoned all ties with his past by selling his factory, divorcing his wife Agnes, and moving to Rob Roy with his young French bride Teresa (Françoise Dorléac). While Teresa has grown tired of his effeminate behaviour and lack of sexual prowess after only ten months together, George hopelessly tries to convince himself that their loving bond is still strong. Polanski wastes no time painting the couple’s marriage as a loveless sham by introducing Teresa as an unfaithful wife, who sends her husband off to “fly a kite” while she and their young neighbour Christopher (Iain Quarrier) make love on the beach. As she lies bare-breasted on Christopher, the viewer realises that she is no timid housewife. She instead behaves as a dominatrix who uses her feminine wiles to control all men, particularly her husband, both mentally and sexually.

As with Polanski’s characters Trelkovsky in The Tenant (1976) and Mimi in Bitter Moon (1992), George allows himself to be victimised by means of sexual humiliation in order to garner the love of others. His willingness to submit to Teresa’s devilish desires comes to the forefront when they retire for the evening. While looking underneath their bed for his pyjama top, George mistakenly pulls out his wife’s nightgown, which Teresa then forces him to wear. “Oh, what a beauty!”, Teresa laughs as she continues the humiliation by applying her make-up to his face and wrapping his bald head with her scarf. Teresa knows that he is completely dependent on her emotionally, so she uses this against him to entertain herself. Knowing very well that he cannot say no to her, Teresa strips away what little masculinity he has left, so she can assume complete control over him. Just as she overseas the chickens on their property, Teresa is the ruler of their roost and continuously “pecks” on George to see what will make him crack.

The pecking order shifts, however, when George and Teresa’s sanctum is invaded by two wounded gangsters, Dickie (Lionel Stander) and Albie (Jack MacGowran), on the lam after a botched job. Even though his partner Albie is immobile, Dickie has no trouble taking control over the couple when he sees that George, who forgot to take off his wife’s attire, is incapable of matching his overt masculinity. In the beginning, George tries to protect his wife and home by standing up to Dickie in the vein of the stalwart Dan Hilliard in The Desperate Hours, but the gangster wastes no time showing him who is in control. “Actually, I don’t know what prevents me calling the police”, George asserts. Dickie looks down at him with an amused grin, pinches his cheek, and replies, “I told you, Albert and me are having some trouble. Get it, little fairy?” Following this brief exchange, George becomes Dickie’s “whipping boy” and finds himself repeatedly kicked and slapped about by the gangster with little or no provocation. Dickie physically victimises George due to his hatred of George’s decadent lifestyle and as a way to release the pain that he is experiencing from the verbal abuse inflicted upon him on the telephone by his unseen boss Mr. Katelbach, who both he and Albie hope will come to their rescue.

When originally picked-up for American distribution by Filmways, Cul-de-Sac carried the advertising tagline, “Sometimes There’s Nothing Left To Do But Laugh!”, which really is an apt warning for anyone venturing to watch this vicious comedic gem. Polanski’s comedy is of the “gnashing of the teeth” variety and derives most of its devilish humour from the physical and psychological abuse that the characters inflict on one another. Most of the time the recipient of this abuse is George, played by Donald Pleasence in a repugnantly brilliant performance. Whether he is being forced to cross-dress or being buried alive alongside a corpse, George offers little resistance and keeps returning for an additional helping. His desperate need for love and acceptance from his victimisers, Dickie and Teresa, has trapped him in an emotional cul-de-sac from which he cannot escape.

Although the film was generally well received in Europe and awarded the prestigious Golden Bear at the Berlin Film Festival, Cul-de-Sac fell victim to a hostile American press when it opened in New York on November 7, 1966. They found the black comedy an “odious freak show” (5) that would only entertain “those who can laugh while fighting off nausea and/or sheer amazement at the prodigious waste of talent on tripe” (6). The critical backlash against Cul-de-Sac greatly contributed to the abrupt closing of the film’s New York engagement after a few days, a move that was criticised by both Hollis Alpert of Saturday Review and Andrew Sarris of The Village Voice (7). Sarris saw the cancellation as a key example of the challenges facing that era’s art-house film market:

If audiences can be kept away from [Polanski’s] very original work, we should all stop babbling about the future of young film-makers. There is no future, and there is no audience… If films like Masculine Feminine, Cul-de-Sac, and Fahrenheit 451 can be driven off the screen by two or three daily reviewers, perhaps by no more than one, where is the market for so-called personal, poetic cinema? (8)

While there still remains a market for “personal, poetic cinema”, Polanski never has found many takers in the United States for his unique brand of comedic cruelty – illustrated by the subsequent critical drubbing that befell the similarly themed What? (1973), The Tenant, and Bitter Moon. In retrospect, this is likely because Polanski dares his audience to laugh at the most sadistic forms of behaviour. As Ivan Butler explains, “Polanski often invites our laughter, and then causes us to wonder uncomfortably whether we ought not to be looking a little more closely – at ourselves” (9). For most this challenge is too formidable, but remember it is an acquired taste.

This article is an adaptation of Christopher Weedman’s analysis of Cul-de-Sac in his soon to be completed M.A. thesis, Victimization in the Films of Roman Polanski.