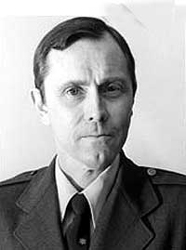 In 1962, Bruce Conner left San Francisco and moved to Mexico, apparently intending to “wait out the impending nuclear holocaust” (1). He spent about a year in Mexico before running out of cash and patience, and returning to the United States. During his year in Mexico, Conner hosted psychedelic guru Timothy Leary, who he had met on an earlier visit to New York. Conner and Leary occupied themselves with mushroom hunts in the Mexican countryside. It’s not clear whether their hunts were successful. But Conner’s staccato home-movies of their walks – combined with movies of previous mushroom hunts in San Francisco – became his film Looking for Mushrooms. The film rushes through the rustic landscape of rural Mexico, flitting past houses and through a crumbling graveyard. It’s quite a contrast to Valentin de las Sierras (1967), Bruce Baillie’s serene portrait of life in a Mexican village. But the quality of the image is similar, sun-blasted colours bleached to pastel.