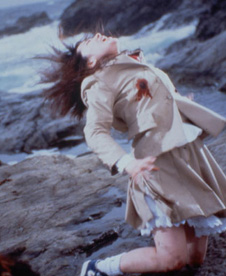 By chance more than design, this issue has a sombre cast to it. Some of the films discussed here explore contemporary scenarios of social alienation and sexual abjection; others touch on the historical enormity of the Holocaust. As several contributors underline in different ways, films on such emotive subjects are obliged to negotiate pressing ethical and formal dilemmas (to be tackled anew, from scratch, each time out). Should the style be cool and discreet, or wild and chaotic to match the violence of the content? Should filmmakers gloss over sordid scenes, or show every last detail and risk accusations of callousness or even of reveling in horror? Should we be encouraged to emphasise with, and recognise ourselves in, evildoers as well as victims – and can we always separate the two?

Questions about how to represent the ‘unthinkable’ in cinema also relate to the nature of the medium itself. Common sense and most legal systems still credit the photographic image with a special capacity to relay reality – and hence, potentially, a special obscenity. But in the digital era, can we distinguish a priori between a mere fiction and a document of an actual occurrence – and if not, what are the ethical implications?

Undeniably, a fascination with cruelty and abjection marks some of the most ambitious cinema being made today as well as some of the laziest and most loathsome. Thus prominent filmmakers from Michael Haneke and Stanley Kubrick to Harmony Korine and Todd Solondz have found themselves credited with compassion and accused of sadism in about equal measure. Yet given the ambiguous nature of any contemplation of suffering from a distance, it’s rarely possible to make an absolute judgment one way or the other.

As illustrations I’ll cite a couple of films I’ve seen recently which I found intensely moving, but which have met (locally and internationally) with a rather mixed response. One is Mike Leigh’s All or Nothing (2002), about a group of families in a London housing estate. Clearly, not all viewers see the essential grace in Leigh’s lumbering, tragicomic, deeply British style, using theatrically heightened performances to suggest how class and individual mannerisms turn us all into partial grotesques (without reducing characters to sitcom figures of fun, as Alexander Payne does to Kathy Bates in About Schmidt [2002]). In All Or Nothing the literal obesity of several characters (along with the grim, monolithic solidity of the block of flats they inhabit) gradually emerges as a symbol of the weight of the world: the entropic, grinding, unglamorous pain at the heart of mundane existence, so rarely fully acknowledged in movies, but here invested with a kind of paradoxical grandeur on the big screen. No doubt it’s partly my particular cultural upbringing that makes the emotion in Leigh’s films seem so ‘real’ to me – and so much more affecting than the relatively light, cartoonish treatment of everyday anguish in recent American films like About Schmidt and Punch-Drunk Love (Paul Thomas Anderson, 2002).

Opposed to All or Nothing in practically every respect is the late Kenji Fukasaku’s Battle Royale (2000), very belatedly released in Melbourne this March. The comic-book cruelty of the film’s ‘high concept’ premise – 40 teenagers are sent to an island where they’re forced to kill each other off – makes it sound like an amoral exercise in pulp violence and nothing more. But as this conceit is played out to the bitter end in a style that combines melodrama with ruthless satirical detachment, the cumulative effect is far more horrifying than most ‘serious’ depictions of atrocious acts; forced as it were to morally fend for ourselves, we have no choice as viewers but to try and come to terms with our own inhumanity.

To return to a more joyful cinema: I’d be remiss if I didn’t use this editorial to hail The Matrix Reloaded (Larry and Andy Wachowski, 2003), so easily mocked for its intellectual mumbo-jumbo and frantic hipness. Any critic worth the name barely needs to have seen the film in order to dismiss its flashy iconography and extravagant fight scenes as the apotheosis of geek fantasy, its conceptual underpinnings as philosophical kid stuff. Yet is there any doubt that the Wachowskis speak to urgent and fundamental concerns in dramatising our hesitation between a coldly positivist, technocratic worldview (one that sees the physical universe as just another glorified computer program) and the fragile remains of religious or humanist ideals? And all this figured, dazzlingly, by way of a cinematic form that draws upon the overwhelming power of digital effects, not simply to repudiate reality, but as a constant challenge to us to discern the real in the virtual and vice versa.

My thanks go to the entire Senses of Cinema team, who’ve been more than welcoming in the months since I came on board as co-editor. In turn, I’m pleased to welcome another new arrival (and old acquaintance), our recently appointed manager Daniel Yencken. Special thanks also to Hilary Radner, Brian Frye, Bill Krohn and Alice Lovejoy.