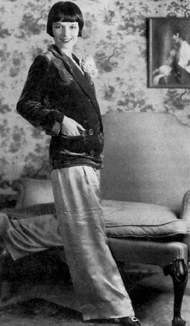 In a recent French documentary profiling female directors, Women Behind the Camera (Jean-Marie Nizan, 2001), Agnès Varda observes, “Little by little, by studying or with a bit of cheek, women have invaded the field of cinema”. It is a telling comment, particularly Varda’s choice of verb. The implications are clear: that cinema as a ‘field’ was foreign if not hostile to women, who were therefore forced to ‘attack’ the art form in order to gain access. Varda then goes on to identify the many commercially and critically successful films directed by women in recent times. Ironically, she is participating in a documentary that attempts to interview an internationally representative range of female directors in the space of 60 short minutes.

That such a project would even be considered feasible is perhaps symptomatic of the ambivalent status women filmmakers still occupy in the global cinematic arena. While women are still under-represented in the key creative areas of filmmaking in virtually every nation, they continue to make an increasing impact on the international screen. With these two Special Women’s Cinema issues, we are committed to giving the work of women in cinema the space, appreciation and analysis it richly deserves.

Given the tremendous response to our original call for contributions to the Special Women’s Issue, we decided to extend our focus on women over two consecutive issues. This second instalment includes a series of interviews with local and international filmmakers, from Australian producer Jan Chapman to French director Claire Denis. The Star symposium, an expansion of the previous issue’s Female Glamour section, includes a diverse range of tributes to favourite female actors, from classic icons such as Louise Brooks to latter day ‘it girl’ Kate Hudson. Historical perspectives include Rosanna Maule’s persuasive argument for pioneering French filmmaker Germaine Dulac as author/auteur while Felicity Collins tackles contemporary representations of the feminine in Australian romantic comedies.

Senses‘ commitment to profiling filmmakers historically overlooked continues in this issue with essays on Doris Wishman, female exploitation artist extraordinaire, and Dame Darcy, musician, artist and animator. These two women represent artists working on the margins, contesting conventional ideas of gender, sexuality, morality and aesthetics and notions of taste. Finally, the distaff contribution to the field of film criticism is covered in the two interviews with Manohla Dargis and Sylvie Pierre. The latter, which evolves as a “transatlantic conversation” via email, is particularly fascinating for its insight into Pierre’s journey of ‘testing’ film criticism and the ideals of May ’68 against the political reality of a country like Brazil. It’s also an evocative reflection on the ‘life’ of a film critic in the broadest sense.

We hope you enjoy, as much as we have, discovering the extraordinary contribution women have made, and continue to make, to the history of the cinema.

Special thanks go to Karli Lukas and the Department of Communications, RMIT University, Melanie Coombs, Christa Fuller, and finally, Inge Pruks, whose unwavering commitment and diligence is greatly appreciated.