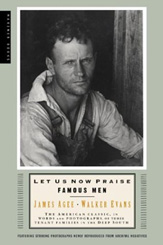 Photographs have figured prominently in the critical discourse on Dogville (Lars von Trier, 2003). When it came to making sense of this highly ambiguous film, many critics saw the end credit sequence as decisive. And, as most readers will probably know by now, that somewhat infamous sequence consists of a montage of photos documenting the plight of the American underclass from the 1930s to the present. While the majority of the more recent pictures have been borrowed from American Pictures, a multi-media project by the Dane, Jacob Holdt (1), those photos that date back to the New Deal era are products of the Farm Security Administration. Above all those works by Dorothea Lange, Russell Lee, Jack Collier, Arthur Siegel, Ben Shahn, Carl Mydans, John Vachon and Arthur Rothstein have repeatedly been cited as indicative of the film’s supposed allegorical meaning.

This short essay will not suggest yet another reading of Dogville based on an interpretation of the credit sequence’s montage. Instead I will focus on two aspects, which so far have been ignored. I will argue that the dialectical relation between those photos and the film’s plot can be traced back to similarly complex combinations of pictures and texts that appear in a number of classic photo books – some of which might have actually influenced von Trier. And I will ask how our perception of those FSA photos is necessarily effected when we see them recontextualised in this film.

The use of photographs at the very end of a film that so persistently bases its whole assertion of reality on simple chalk lines seems especially significant and importunate. […] With the insertion of the American snapshots the film shifts from being a mythically founded metaphor to an analogy (2).

And while Fibiger’s terminology might seem somewhat questionable, he is certainly right to locate at this very point “the crucial breach in von Trier’s Dogville” (3). In a similar vein New York Times critic A.O. Scott notes “a sudden, gear-grinding shift from allegory to documentary, as the screen fills with photographs of destitute and miserable Americans, starting from Dorothea Lange’s dust bowl families and running through the present” (4). It is this shift that contributes decisively to “the tension between the universal and the specific” which in Scott’s eyes is “what makes Dogville so fascinating and so troubling” (5).

Similar dialectical tensions between documentary photos and their narrative contexts are, of course, familiar from numerous classic photo books. Among the earliest examples are those which were crucial in popularising the very school of photography that von Trier is mainly referencing. For example, in an epilogue to the FSA anthology, Land of the Free, the author Archibald MacLeish, reflects on the relation between his poem and the photos by Dorothea Lange, Russell Lee, Ben Shahn, Arthur Rothstein, Carl Mydans and others, which are reproduced opposite MacLeish’s short verses which take up one page each:

The original purpose [of this book] had been to write some sort of text to which these photographs might serve as commentary. But so great was the power and the stubborn inward livingness of these vivid American documents that the result was a reversal of that plan (6).

The most obvious reference point, though, is the one book that has become by far the most popular publication of photographs from the New Deal era: James Agee and Walker Evans’ Let Us Now Praise Famous Men (7). Although von Trier did not use any of his works in Dogville, Evans has been repeatedly referred to by reviewers of the movie. On Evans’ and Agee’s respective contributions to that classic book Greil Marcus remarks that “each side unbalances the other […] the pictures and the text are not separate; each constitutes a magnetic field on the other” (8). And it might be illuminating to relate this metaphor of a magnetic field to the reciprocal relation of photos and film narrative in Dogville; because, just as any reading of the narrative is inevitably influenced by the photo montage of the credit sequence, so, in return, perception of the photos is necessarily shaped by the preceding film narrative.

Yet, an analogy between Dogville and a later book, which itself pays homage to Evans and Agee, seems even more remarkable. In von Trier’s movie, the rural setting remains largely imaginary and is almost exclusively suggested by white chalk marks on the floor of the soundstage. These outlines not only indicate the houses and streets of Dogville but also the mulberry bushes attended to by one of the villagers. Not least because the names of the few streets are marked on the stage floor as well, this abstract setting reminds one of a map, a reading further reinforced by the aerial shots which occur frequently throughout the film. Thus it seems like a rare coincidence that in a famous photo book, which also refers to the documentary tradition of the New Deal era, namely Dale Maharidge’s and Michael Williamson’s And Their Children After Them, the front and back endpapers consist of hand-drawn maps which similarly indicate the few streets and houses of a small community as well as every single tree in the inhabitants’ gardens.

Another striking similarity, and perhaps of even greater significance, is that Dogville affects our perception of New Deal photos in a way very similar to And Their Children After Them. In the 1980s, journalist Maharidge and photographer Williamson set out to visit survivors and descendants of those sharecropping families who took centre stage in Let Us Now Praise Famous Men. The connections with Agee and Evans’ work is manifested in a similar design as well as the book’s title, which is taken from the same bible passage that the famous precursor had taken its title from. Furthermore, some of Evans’ classic pictures have been reprinted opposite Williamson’s new versions of the same subjects; this new context effectively and dramatically changing one’s perception of the original photos. In his report Maharidge lets us know that one of the families portrayed by Evans and Agee had “special secrets” – not only did Fred, the patriarch of the Ricketts family, take “delight in the use of a horsewhip on [his] kids” (9) he also had an incestuous relationship with his daughter Margaret that resulted in the birth of two children. Having learnt this, each time we now look at Evans’ pictures of Margaret Ricketts, we inevitably must think of those “horrors, too numerous to fit here” (10) that Maharidge refers to in his introductory remarks, and so these classic photos necessarily take on new and discomforting meanings. 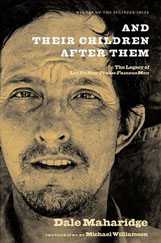 The recontextualisation of FSA photos in Dogville‘s credit sequence has a similarly jarring effect: our reading of the photos in the credit sequence is just as necessarily shaped by the resonating monstrosities of the preceding film narrative. As Washington Post film critic Ann Hornaday remarks: “[Lars von Trier’s] characters might have been photographed by Walker Evans for Let Us Now Praise Famous Men” (11). Because iconographic similarities are indeed striking, it is almost inevitable that we recognise those victims of the Great Depression portrayed by FSA photographers as kindred folks to the slavedrivers, rapists, and informers of Dogville.

While the human objects of Maharidge’s report are identical to those portrayed by Williamson (and Evans), in Dogville the juxtaposition of the photos and the film’s narrative is, of course, rather wilful. This combination is more of a “surrealist montage” (12) similar to the one in yet another classic photo book. Thirty years before von Trier took FSA pictures out of their context and combined them with a narrative that ended in serial rape and a massacre, Michael Lesy had combined historical photos from an earlier economic depression, that of the 1890s, with textual fragments from newspapers, documents and literary works which mostly dealt with murder, suicide, serial arson and all kinds of lunatic behaviour.

“Surrealism is the art of generalizing the grotesque” (13) – Susan Sontag remarks on Lesy’s Wisconsin Death Trip (14) and similar books, which place historical photos in new contexts. According to her, Lesy’s book “argues that the whole country has been crazy, and for a long time” (15). In a similar vein the photos in Dogville‘s credit sequence have regularly been understood to generalise the bizarre milieu of Dogville and to imply that they are somehow indicative of the whole country. For example, Michael O’Sullivan writes in the Washington Post:

Over a montage of archival photographs of impoverished U.S. citizens, director Lars von Trier […] blasts the David Bowie song “Young Americans”. It’s his way, it seems, of hammering home the message that the town we have just visited, and the bad behavior of its residents […] are meant to be taken as allegorical versions of our country and, by implication, us (16). 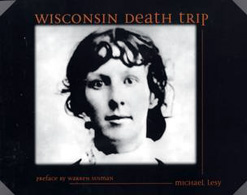 Quite a few American critics regarded this kind of generalising the grotesque as provocative, whereas another aspect of this surrealist montage of photos and film narrative has been completely ignored in the critical discourse on Dogville. “[E]ventually we look at all photos surrealistically” (17), Sontag concludes with regard to Wisconsin Death Trip and similar books. And Dogville indeed provocatively subscribes to this prognosis. In contrast to Lesy, von Trier does not appropriate undistinguished pictorial souvenirs which were produced by an obscure provincial photographer for commercial purposes. Instead, what is subjected to a surrealistic view in Dogville are examples of one of the most famous bodies of work in the history of photography, products of a federally funded project that had the “purpose […] to demonstrate the value of the people photographed” (18). That precisely such photos are recontextualised in Dogville within a surrealistic pandemonium of rape and massacre – what might be called a “Colorado Death Trip” – is maybe the most irritating aspect of von Trier’s provocative film.