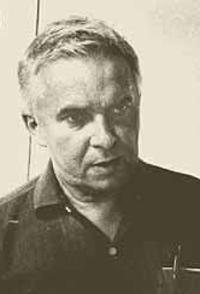 In December 1970, following a long period of agitation against the continuation of military rule and for the restoration of democracy, elections were held throughout Pakistan. The Awami League, the political voice of the Bengali people of East Pakistan, won 167 of the 313 seats. However the military ruler, General Yahya Khan, and Zulfiqar Ali Bhutto, whose Pakistan People’s Party had won 88 seats, making it the largest in West Pakistan, tried to negotiate this result away. The Bengalis responded by refusing to co-operate with the government. On 25 March 1971, when negotiations between Sheikh Mujib and the military regime seemed to be making progress, the Pakistani army launched unprovoked attacks in several cities. Before his arrest, and removal to a military jail in West Pakistan, 1200 miles away across Indian territory, Sheikh Mujib broadcast his Declaration of a War of Independence.

The Pakistani military actions quickly became a genocidal assault on the people of East Bengal. In all about 10 million refugees fled across the border into India, West Bengal… peasants, intellectuals, professional people, writers, filmmakers, politicians. Amongst the latter were the leaders of the Awami League, who proclaimed a provisional Revolutionary Government on the 17th of April. The government, whose headquarters was in Calcutta, set up a Department of Films and Publications. However there was only one among the refugee filmmakers who possessed the political vision required to work effectively at a time of revolutionary war. This was Zahir Raihan, a director of prize-winning features. The political situation in 1970 had allowed his most recent work, Jibon Thekey Neya/Glimpses from Life, to engage with material that had long been banned, the story of the 1952 Language Movement, whose campaign for Bengali to be accepted as a national language had been violently suppressed by the Pakistani military. Nevertheless, though “a born filmmaker who could visualise a whole film without having to write a word on paper,” Zahir Raihan had no experience outside the feature film. (1) Thus he lacked “the knowhow needed” in these desperate war-time conditions. (2) Fortunately in Calcutta his eyes were opened to new kinds of practice by exposure to films from Eastern Europe and Cuba, including those of Santiago Alvarez. The latter were clearly the major influence on his passionate and moving protest about what was happening in Bangladesh, Stop Genocide. Its similarity to some of Alvarez’s most powerful work is immediately apparent, even to viewers unaware that the films of the Cuban had been seen on the other side of the world by Bengali. It was made “virtually on the editing table,” largely from stock, newsreel or found footage, and despite the fact that very little filmic material was available. (3) One is reminded of Alvarez’s Hasta la Victoria Siempre! (1967), made in 48 hours for the public meeting at which Fidel Castro announced the death of Che Guevara. It’s not just their subject matter that makes these films remarkable, but the skill with which the filmmaker structures and deploys his material.

Stop Genocide was financed by Indian friends of Bangladesh, and was not supported by the exiled politicians and their Film Department. However the acting Prime Minister Tajuddin Ahmed saw its importance, whilst the Indian Prime Minister Indira Gandhi was visibly moved by it. She ordered her Films Division to buy it and circulate it internationally. The fact that the film’s commentary was in English, not Bengali, increased the chances of its message, “100 My Lais took place in Bangladesh,” spreading worldwide. In June 1971, despite protests from its own film department, the provisional government assigned Zahir Raihan to produce three more short films, Liberation Fighters (Alamgir Kabir), Innocent Millions (Babul Choudhury) about the children caught up in the war, and A State is Born (Zahir Raihan). Though none has quite the power and impact of Stop Genocide, none would have been possible without the filmmakers’ exposure to the exemplary work of Alvarez.

Zahir Raihan himself had little more than six months to live. In January 1972, a few weeks after the surrender of the Pakistani forces, he went to search for his novelist elder brother and mentor, who was last seen before the liberation – and the final act of Pakistani genocide which preceded it – in a district of Dhaka which had been populated since partition by Bihari Muslim refugees, who felt greater loyalty to Pakistan than to Bengal. During the War of Liberation this area had been a centre of collaboration with the Pakistani army. Zahir Raihan was never seen again, and his body was never discovered. Nobody knows what happened to him. I was offered material for a couple of conspiracy theories by Bangladeshis: the detachment of troops from the liberating Indian army who accompanied him on his search for his brother were (presumably Hindu) Biharis. Alternatively, not only had many of the refugee Bengali politicians in Calcutta tried to block his agitational film projects, they’d also been living it up, and were quite happy for a political radical who could document this to disappear. With him disappeared all hopes for the nationalised film industry, echoing Cuba’s ICAIC, which he and some colleagues had planned in exile, and of which he was the most prominent advocate.

On my first visit to Bangladesh, to conduct a series of workshops on film form, I took as diverse a collection of films as I was able to lay my hands on. Unaware then of the link between Bangladesh’s greatest filmmaker and the Cuban documentarist, I included the latter’s Ciclon as an example of his practice. It’s often a salutary lesson to see a film through eyes conditioned by a different history and political institutions. What had been a new and exemplary approach to documentary filmmaking in mid-sixties Cuba (the repeated use of location shooting to show the nation organising against natural disasters, climaxing with a glimpse of Fidel Castro at the centre of events) had become a cliché of conformist TV news broadcasts in late eighties Bangladesh. General Ershad, a former collaborator with the Pakistanis who had seized power following a series of coups and assassinations, could regularly be seen on national television, responding to one or other of the natural disasters that regularly afflict the country. In a quarter of a century the discursive and political significance of light-weight equipment and location shooting had been transformed.

On a more positive note, Bengali viewers were quick to point out the resemblance between a nation preparing against assault by a hurricane, and a nation preparing to resist assault by military invasion from a close neighbour. One of ICAIC’s co-producers on Ciclon was the Film Department of the Ministry of the Armed Forces. On one level this is not surprising. In most countries it is common for the armed forces to be deployed at times of natural disaster. Nevertheless the fact that Ciclon came out in 1963, barely two years after the Bay of Pigs invasion (April 1961) and just months after the Cuban missile crisis (October 1962) serves to underline the accuracy of a reading which links the action of the film to the threat of foreign aggression.