For the 34th edition of the Mar Del Plata Film Festival, held in November 2020, we decided to publish a book that would reflect on all the changes that had a major impact on the lives of people whose day-to-day life revolves around cinema, from both sides of the screen. Our guiding principle was that it should be an open and flexible publication that would function as a world map of the state of affairs. Only in this way, the result of this reflection could venture to take the pulse of the instability of the present.

Thought as a chronicle of these quiet and tumultuous times, we invited colleagues and friends from different parts of the world to write (but also to draw or send us images or photographs) in order to find out what they think will happen. with the world of cinema from each of its activities once all this happens. “What will become of the cinema?” was the question that we cast into the sea of virtuality by expanding the meaning of the word “cinema” to all the activities that surround it: from production to distribution, and from criticism to programming. To our surprise, the materials that the tide returned to us turned out to be diverse and fantastic, reaffirming that cinema in all its forms and manifestations is a collective, diverse, rich community and close art; an indispensable tool to think about the present and to draw a future.

The book ¿Qué será del cine? Postales para el futuro (In English: “What will become of the cinema? Postcards for the Future”) is, by its own collective nature, an expansive work whose interest lies more in the uncertainty of a community than in the certainties, faced with an unprecedented moment, also, in the history of the cinematographic medium. A kind of collage of images and texts that imagine possible horizons, that recall filming and revisit films distributed in unusual ways, that point to small miracles and those brief flashes of beauty seen occasionally (yes: the spirit of Jonas Mekas crosses these pages) in the least considered places.

Composed of more than seventy collaborations, the volume is, in short, a strange manual – halfway between a cinephile self-help book and an international manifesto – on the importance of continuing to work and creating new spaces to meet, think together, see movies and arguing. To continue resisting and betting on what is to come.

When film festivals end, any festival in the world, the same phrase runs through the closing night: “Tomorrow we will start working on next year’s edition.” Like all commonplace statements, such an assertion contains some truth. That is what we did in those already distant last days of November 2019: we began to think about a new festival.

Among the many ideas we had for future publications, there was no way of knowing that this would be the book that we would finally make. Simply because it was impossible to know what the imminent New Year had in store for the world. The pandemic, experts say, began in late 2019 but ended spreading across the globe in early 2020.

The 70th edition of the Berlin International Film Festival was the last, among the major festivals, to take place under normal conditions. Soon after, the rest of the festivals began to be cancelled, to change dates, to become online editions or hybrid versions, which added to their virtual functions the possibility of showing some titles in front of an audience. The normal became the exception. Film festivals, like so many other things, had changed and now, at least for a long time, they would never be what they were.

As the new edition of the Mar del Plata International Film Festival took shape, the need arose to make a book that posed the question that we all had in mind: the question about the future. A humble illumination showed us the way. “What is cinema?” The critic and theorist André Bazin wondered, in order not to answer himself, but in the same way to enlighten us, from the cover of his famous book. Faced with the uncertainties that we are going through at this time, our question was “What will become of the cinema?”, a question that also includes festivals, the making of films and the hundreds of activities that cinema contains and promotes.

We contacted friends, colleagues, acquaintances, people we admire and who in recent years helped us transform the Mar del Plata International Film Festival into what it is today and we proposed that they answer our question with the most absolute freedom of approach. Their answers exceeded our expectations, and they show that this book is also a way of knowing that we continue to be together despite the distance and that the community that festivals promote, in some way, would also be present in this edition.

We hope that the letters that follow will accompany us between films and confirm the hope of meeting again in a movie theatre, as appropriate. As for the question “What will become of the cinema?”, obviously there is no single way to answer. Luckily there are many, as this volume shows.

A song from the last century talks about a light that never goes out. Maybe that’s the cinema.

We will have to wait until the next film.

Or the next film festival.

After nine months without seeing my wife I made the longest trip of my life: 46 hours from Argentina to South Korea. I am writing this, finally, from the city of Jeonju, while having tea with my wife and watching the people walking down the street through the window on a Sunday sunny afternoon. They walk with their masks, of course. I am in this city because in a few days the 22nd edition of the Jeonju International Film Festival begins. The motto that the festival choose for this year is: “Film goes on”.

As a person who works in film festivals, I was attentive to everything that happened with them during this point in history that we are going through. Each of them (at least obviously the ones that weren’t forced to cancel) found alternative ways to move on. The great festivals of the circuit (with their directors increasingly resembling politicians on the campaign, although this may not be tied to the pandemic) continued with their idea of exclusivity and greatness, while others, more generously, did the best they could so that the films could reach the audience.

The Jeonju festival, due to the current situation in the country, will be held “on site”, with all films to be screeend in cinemas (with reduced capacity) and with some, now unavoidable, online screenings. People in the organisation tell me that if tickets continue to sell at the same rate since they went on sale, it is likely that at some point all the functions will be sold out.

I don’t know exactly what analysis to make of this, but the idea of seeing people getting together again to watch movies in a theatre fills me with joy and hope. Two words that are very scarce today. I think Jeonju’s friends are right, cinema and festivals will surely change, but they will certainly move on.

The idea of the book ¿Qué será del cine? came up as an excuse to stay in touch with Friends and colleagues until we are able to meet again. It looks like the wait is going to be longer than we thought. Hopefully these texts, published for the first time in English, serve as a little consolation to deal with these particular times that we have had to live.

Have a good read. 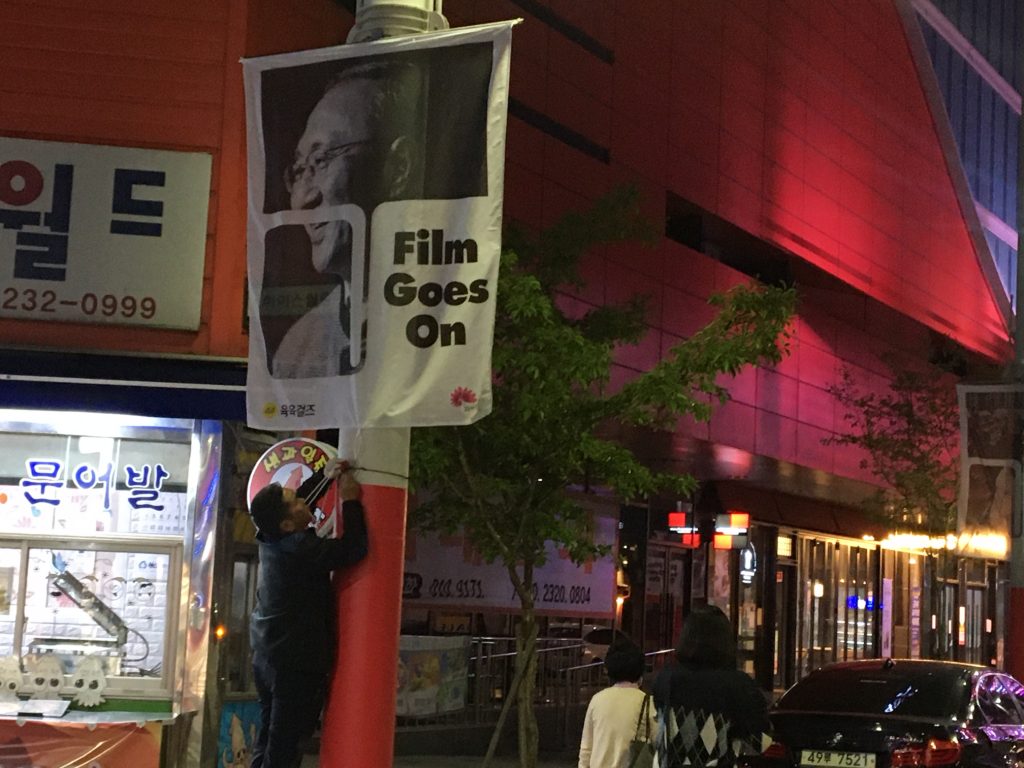 In its 21-year history Senses of Cinema has published articles that for the most part can be considered timeless. This is a rare instance of a very time-specific publication of pieces. Like many readers, we have been thinking about what does it mean to be a cinephile now, after a year of the pandemic, without access to cinemas, festivals, social activities around films, and instead an over-abundance of options online, at home. Does this moment provide an opportunity not only to reflect but to project what might become of cinema, of cinephilia?

2020 amplified for many of us our thoughts and – more noticeably – our emotions about film and our love of film. So when the Mar del Plata International Film Festival published in late 2020 a Spanish-language book called ¿Qué será del cine? Postales para el future that featured an alluring selection of contributors from all over the world, we felt the time was ideal to join forces to make some of the pieces available to English readers.

This dossier “What Will Become of the Cinema? Postcards for the Future” doesn’t contain all the pieces – you can access a PDF here for the whole project in Spanish, which also includes many beautiful image-based contributions. The pieces were very explicitly written between mid- and late-2020 and the intention is to keep the dating and perspectives of this moment intact. Some authors, e.g. Aaron Cutler, have added a few more thoughts from the perspective of 2021. As the title suggests, the tone of the pieces is responsive, straight from the hearts and minds of the writers, but also allusive, figurative, sometimes unresolved.

Our sincere thanks to Fernando E. Juan Lima, President of the Mar del Plata Festival and the Mar del Plata International Film Festival (Argentina), held with the support of the Instituto Nacional de Cine y Artes Audiovisuales (INCAA), as well as Cecilia Barrionuevo and Marcelo Alderete at the Mar Del Plata International Film Festival and editors of the original publication, all the writers, and to the translators César Albarrán-Torres, Gabriella Munoz and Gabriela Arenas.