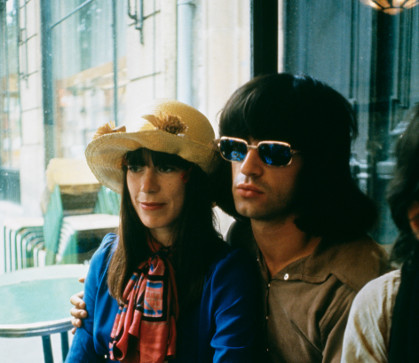 In order to understand Michel Fournier’s personality, it helps to know that his silent, five-hour-long, abstract, black-and- white-feature, A quoi rêve le fétus? (Of What Does the Fœtus Dream?) (1), won a prize at the Hyères Film Festival. He learnt filming from Claude Renoir. (2) By the age of twenty-four, Michel had already made four films as cameraman for the high priest of French underground cinema, Philippe Garrel.

Michel and I first met on 13 November 1971. Dressed in black leather, he was sitting in front of me at the brasserie, La Coupole, in Paris. Our eyes met and it was love at first sight. I was immediately seduced by his virile beauty and charisma.

The next evening, he accompanied Denis Berry (3) to the lavish fortieth birthday party I threw for my then husband, Claude Duthuit (4), in his grandfather Henri Matisse’s house in Issy-les-Moulineaux. Members of Andy Warhol’s film crew – who were shooting L’Amour (5) in Paris – were also there, as well as some of Peter Brook’s actors. 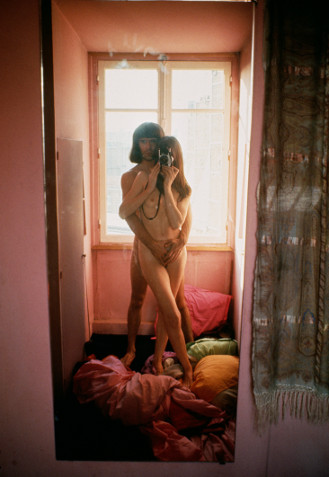 “Let’s get out of here. You don’t fit in this bourgeois place”, Michel said. “And I’ll give you a child.” “Yes, please”, I answered. Thus began a great love story. Our studio in Montparnasse became a meeting place for members of the art and underground film worlds. Our love child, Archibald, was born. Philippe Garrel and Nico would come to plan future films. Philippe designed and cut a little leather waistcoat for the baby. Nico cooked delicious vegetarian meals and rehearsed on her harmonium. Her songs were Archibald’s lullabies. 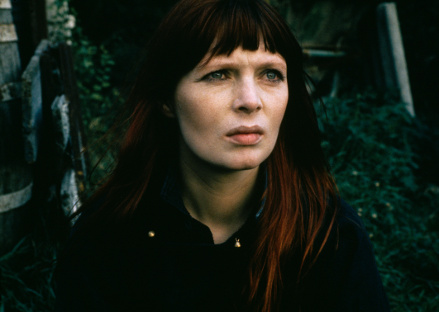 Michel was the most principled person I’ve ever met. “I cannot lie”, he said. I don’t know how many film directors who wanted to work with him he turned down. Many! “Your script is a piece of shit. I will not make your movie.”

It was the same with my work. If he didn’t find the person worthy of being photographed by me, he would throw them out of the studio. “You’re not talented enough. Ewa will not take your portrait.” I found him hard and cruel, but now I have the reputation of working only with the best.

Michel guided me and introduced me to the geniuses of the film world. He was an inspiration. One of his assistants was a ballet dancer from the Paris Opera. Michel explained “It’s easier to teach camera techniques to a classical dancer than for a film photographer to learn how to move with the necessary gentleness required for hand holding a camera.”

Michel travelled light. While I always had several suitcases and a few extra bags, he would take just a small Chinese basket containing one pair of socks, a pair of shorts, a t-shirt, a razor, a toothbrush and his bible: Le Technicien du cinéma. “That’s all I need”, he said. 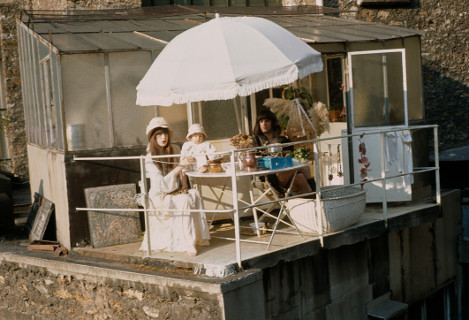 Sure, he wasn’t easy to live with: capricious, choleric, jealous. “I will not allow any doctor near my woman. I’ll buy a book and learn how to deliver the baby myself”, he said. I was quite relieved that, when the time came, he was busy filming with Garrel in Lapland. (6)

Michel was also funny, fast and tender, extremely talented and inventive. He had a poetic sensibility and a great sense of beauty, and a little of what Cocteau called “a profound lightness that opium imitates a little” (7). Professionally, we were totally in synch. He was the love of my life and I’ll miss him for the rest of my days.