2021 was an interesting year for Chinese Cinema. Propaganda celebrating the 100th anniversary of the Chinese Communist Party dominated mainstream productions,while a few indie filmmakers made their way back onto the festival circuit. Na Jiazuo’s feature length debut, GaeyWa’r (Streetwise, 2021) premiered in the Un Certain Regard section of the Cannes Film Festival. It’s a story about the city and the people who feel lost in it. A narrative like many others: a boy follows the steps of his father and starts working as a debt collector. He falls for his boss’s girlfriend, a tattoo artist running a parlor where everyone seems to go adrift. Day changes into night, with the curtain of darkness revealing a neo-noir aesthetic that sets the stage for beautiful scenes.

Streetwise seems to be the personal statement of a youngster who’s weary about his youth dramedy living in modern China. I spoke with Na at the 74th Cannes Film Festival to discuss the stories behind the story, where the city meets the streets. How to capture and how to watch them, rendering the environment’s visual language on the silver screen and being inspired by quotidian accidents and the mundane.

What does the title, Streetwise, mean to you?

In Chinese, it refers to street kids. Literally. It’s about the kids wandering around the town where I shot the film. The ‘r’ at the end of gaey wa’r reflects the Sichuan dialect, which we hear in the film. The localised title brings the film closer to people. 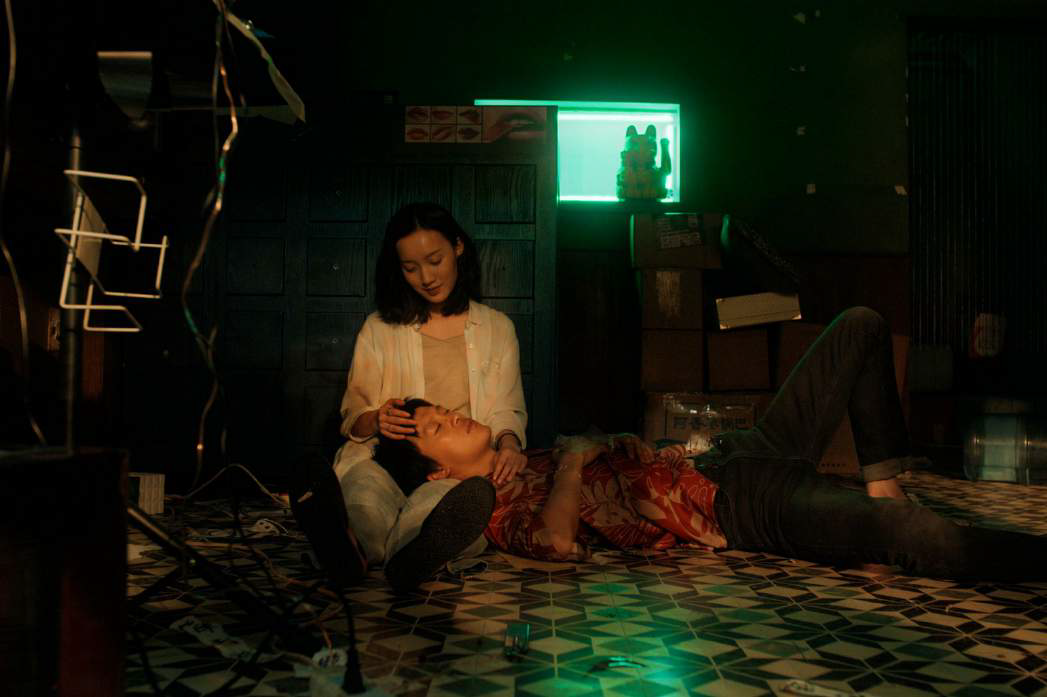 Why did you decide to set the film in a Sichuan city?

Particular elements of the space, the environment and the structure of the city – how it is planned and laid out. For example, you can have a building where the second floor is facing the eighth floor of the building next to it because the former is built on a hill. The spatial elements of the film seem to be misaligned. Aesthetically, the streets are offset by the mountains, rivers and water. That polarisation between urban and natural landscapes is also reflected in the struggle of the characters as they move through the story. Another reason is that the Sichuan dialect has this peculiarity that translates into an ancient, poetic feel about the language. When you read an ancient poem in standard Chinese (putonghua), the poem has a sort of rigid tone to it. But, when you read it in the Sichuan dialect, there’s this feeling of encountering something of a higher cultural register.

When I watched Streetwise, I felt that it was a film about the rhythm and tempo of the city and its unforgiving streets. The city becomes a character. It’s harsh, but also beautiful. How did you capture the urban language?

We spent a lot of time location scouting before shooting the film. We worked closely with the artistic directors to choose several locations that would compliment the scenes we shot in them. The city scenes were shot in deep focus to give audiences a holistic sense of the space. People in the background are as clear as the people in the foreground. These people share the same space, so I wanted to put that into focus as well. The reason you found it beautiful might be because we changed all the lamps in the streets to ensure that the lighting was as close as possible to real-world street lighting. We also decided to keep the shots extremely sharp. That combination imbues the image with a special kind of vitality and energy. We wanted to have a rough effect, rather than a soft one.

You mentioned people sharing the same space, I had a feeling that this changes relative to the temporal context. The city looks completely different at night, compared to daylight. I was wondering, have you wandered through the city a lot on your own? What was the spatial research like?

That’s a very good, and very astute, observation. Having our sets lose their colour during the day, then burst into colour at night, was exactly what I intended to do. I walked through the main sets and subsets several times on my own. I was flying back and forth from Beijing for about six months.

I think the quotidian quality is my favorite part of the film. Were there any references you had in mind when you planned how you would capture the city in your film?

There weren’t, actually. I went to different areas: Hunan, Hubei, Sichuan, and much of what I saw during my visits there gave me this special sort of feeling. It started from there, from a feeling. From what I saw and experienced. That’s what ended up being in the film.

Do you remember what the feeling was about?

I can give you an example. One day I spent a long time walking around the neighbourhood of the tattoo parlor I show in the film. It was a long, long walk. I felt extremely tired. Suddenly, I felt that something was calling me to the side. I looked to the side and had a smoke. I felt that this was interesting. So I called other people to come along to have a look at this place. I asked them to stand next to it, a pole, to see what it would feel like standing next to the pole. The lighting back then was a very deep blue. It was dusk, so it wasn’t quite night yet, but a dusky deep blue reflecting on the surface of the sky. The street lights had just started to illuminate. I asked people standing next to this pole: do you feel lonely standing here? What if you’d been standing here for several years, how would you feel? That was the point where I felt like, okay, this is it. This is the place and image I want to use.

Did you smoke a lot while shooting the film?

Did you want to smoke when you watched the film, or smoke afterwards?

Even though I gave up smoking, the film made me want one.

When I was making the film, I constantly had a cigarette in my mouth.

That’s what I thought, it’s a smoky film. How did the idea for it start?

I think my starting point was really just speculation about what my life would have been like. I’m a bit of a lazy person. I wonder a lot on the streets, often aimlessly. I started to think that maybe if I hadn’t studied art, maybe I would have ended up on the street. Still wandering around. I would often think, what would happen if I became ill at an old age? What would happen if I were one of the characters in the film? What would I see? How would I perceive the others? Many characters from the film are based on my surroundings, fragments of different narratives that aren’t my own. I would say that everything in the film is based on something that has happened in real life, or is happening right now.

I saw in the press that you described yourself as a new age filmmaker. What did you mean by that?

To me, new age is really about a zest for life. The vitality of life.