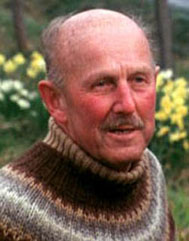 Although this short film appears in the filmography of Michael Powell’s two autobiographies, A Life in Movies (1986) and Million-Dollar Movie (1992), the director never mentions it in his reminiscences. He probably regarded it as an ephemeral contribution to British wartime propaganda. If this were so, his decision was regrettable since this five-minute short contains several examples of supreme visual composition and touching narration. They often transcend its original purpose as a work of British wartime propaganda making it far more compelling and enduring than Powell’s contribution to the now dated and unwatchable The Lion Has Wings (1939), which he does mention in his recollections (1).

Released in June 1941, the film is a dramatic visualisation of an anonymous letter that appeared in The Times on June 18, 1940, the same morning that Prime Minister Winston Churchill informed the House of Commons of the end of the Battle of France and the beginning of the Battle of Britain. The original author formed a significant link to both these phases of a conflict that then involved only Britain, its dominions, and Nazi Germany. Flying Officer Vivian Alan William Noall Rosewarne was killed with his Bomber Crew #36 (B) during the evacuation of Dunkirk. He left the letter with his personal effects to be posted to his mother in the event of his death. Rosewarne was reported missing, believed killed on May 31, 1940. His death notice was finally published on December 23, 1940. As a Times correspondent later wrote after the death of Mrs. Lillian Rosewarne (the deceased pilot’s mother) over four decades later on 8 February 1981, the letter struck a chord in the minds of its readers:

Published anonymously in The Times of June 18, 1940, the simple beauty of the words and serene acceptance of his fate, had a tremendous effect on the thinking and feeling Anglo-Saxon world. Reprinted in various formats, the letter, An Airman to his Mother, sold almost 500,000 copies in 1940 alone, the greater part of the proceeds going to the bereaved mother. (2)

Following its original appearance, The Times received more than 10,000 requests from its readers for reprints leading to the letter’s reproduction as a pamphlet which achieved three reprints. Rosewarne’s station commander, Group Captain Claude Keith, had found the letter among Rosewarne’s personal possessions and asked the bereaved mother permission to publish it anonymously to bring comfort to other mothers and so inspire everyone to “be proud to read of the sentiments which support ‘an average airman’ in the execution of his present arduous duties” (3). This also inspired the 1941 MGM released short directed by Powell, with John Gielgud narrating the contents of the actual letter. By this time, the Battle of Britain was in full swing. Allied armies had been driven out of Europe. The Luftwaffe was performing bombing raids on British targets, and the day before Churchill made his “finest hour” speech German bombers off St. Nazaire had sunk the troop ship Lancastria with the total cost in human lives exceeding those lost in the Titanic and Lusitania disasters.

An Airman’s Letter to His Mother could have become a mundane piece of wartime propaganda of historical interest only. Although this five-minute, 29-shot short cannot have any claims to be regarded as a major, neglected work, it does contain early features anticipating elements which appear in Powell’s later films, as well as being a short masterpiece of visual composition. It opens with the credit title appearing over a countryside evoking the director’s love of the English landscape later seen to full effect in A Canterbury Tale (1944), A Matter of Life and Death (1946), and Gone to Earth (1950). The three succeeding shots show a postman delivering the letter to the bereaved mother. As she reads the contents, the film’s mood anticipates A Canterbury Tale’s later project of illustrating the values the British people were fighting for at this time. Naturally, they are upper-middle class according to the tone of the letter articulated by the magisterial enunciation of Gielgud. But Powell’s sense of direction and visual composition promotes a universality transcending the historical and propagandist influences initiating this project in the first place. The film delivers a more elegiac feeling. It could be any mother reading a letter from a dead son celebrating the values of his country at any particular time.

The mother picks up the letter delivered by the postman. She walks up the stairs, the camera following her left to right in a panning movement. Powell also includes the family dog (one of Powell’s which also appears in The Life and Death of Colonel Blimp [1943] and A Matter of Life and Death) in the mourning process. The next shot shows it going up the stairs, the camera performing an identical movement. Powell then cuts to the mother pausing before her son’s study before entering to read a letter whose contents she already suspects. As she opens the door, Powell follows her entrance with a forward tracking shot before panning right to the window which will comprise the poignant image in his concluding shots. Following shots show a room whose contents express the pragmatic personality of its deceased occupant. A model ship appears in one shot as well as an ominous miniature version of a Luftwaffe plane, significantly placed on the desk where she will read the letter.

Powell begins the framing voiceover narration by informing the audience of the circumstances before Gielgud reads the actual letter. But not everything in the actual letter appears on the soundtrack. Powell eliminates sentences which were either too propagandist (“I still maintain that this war is a very good thing… every individual is having the chance to give… like the martyrs of old… I shall have lived and died an Englishman”) or derogatory (“Those who just eat and sleep, prosper and procreate, are no better than animals if all their lives they are at peace”). Instead he emphasises the universal nature of self-sacrifice and the personal quality of the last communication that mother and son share.

Like Manderley in Hitchcock’s Rebecca (1940), the interior reveals the ghostly presence of its former occupant. Its contents tell us everything we need to know about him until we see his image in a photograph during the penultimate shots. These shots illustrate Powell’s familiarity with the conventions of silent cinema, which match those of his more famed English contemporary then thousands of miles away in Hollywood. School photographs and an R.A.F. propeller model appear in one shot. Then the camera tilts down to a school logo to show the deceased’s boxing gloves and everyday apparel before beginning a remarkable 180-degree panning shot across the room showing mother reading the letter at her son’s desk. It pauses at a bookshelf. After a dissolve the camera pans left across the books before pausing at a photograph of a man in World War I uniform (possibly the airman’s father?). But this film is not a contemporary version of Rupert Brooke’s World War I pastoral nostalgia. The practical titles of the books found on the shelves suggest the necessity of British recognition of a challenging 20th century modernity rather than 19th century yearnings. They are World Geography, The Boy’s Book of Wireless, Electronic Amusements and Diversions, as well as A History of England for Schools and A Book of English Stories. Heroism is both historical and contemporary as the various images of Lawrence of Arabia, Admiral Nelson, and Scott of the Antarctic (as well as the final shot of the airman himself) indicate. As mother continues reading the letter at the desk, the camera diagonally pans across the model Luftwaffe plane to reveal another set of books including such titles as Scott’s Last Expedition and Arctic Pilot.

As Gielgud’s narration continues, Powell’s camera pans across a series of photographs illustrating the airman’s development from childhood into adulthood, the latter signified by both a photograph of an R.A.F group, and his own singular image. This is the only time we will see his actual face before the image dissolves into the penultimate shot of the camera tracking towards the study window facing the English countryside. As it moves outside and dissolves to a shot of the clouds, Gielgud finishes his last words to his mother, ”but you will live in peace and freedom and I shall have contributed to that, so here again my life will not have been in vain”. The final image reveals the R.A.F insignia appearing against the clouds, its wings resembling those awaiting the deceased airmen in the opening scenes of A Matter of Life and Death. An Airman’s Letter to His Mother is definitely a film of its time but like Powell’s major feature film achievements it also transcends it.