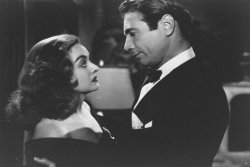 In an essay titled “Falling Out Of Love”, Serge Daney coins a beautiful phrase – ‘clothes pegs cinema’ – or at least what the translator has concocted as the English equivalent. Daney explains it as such: “.when we ‘take in a movie’, we have to hold it in the depths of our eyes, and cannot do so – cannot make it stick – without the ‘clothes pegs’ which constitute our appreciation of that beautiful thing we call cinema”. It is an extremely apt and poetic metaphor for the thrill of cinema viewing: guided by the filmmaker who “communicates something from one frame to the next”, we genuinely feel the film, we “take it in”, there is no questioning our complete immersion in the rush of the images and sounds before us. Any other reaction is “false” or a case of “fake” cinema. Throughout the course of this essay, Daney argues for a true and great cinema. The criteria for such a form cinema is one that – in the moment of a cut, a camera angle, a freeze-frame or so on – can submerge us into sensations and meanings previously unseen and unknown. As opposed to a cinema that panders to the “spectator-consumer”, and the ability to instantly identify and recognise a sign, a meaning. This is a wonderful criteria and it rings true – the experience of arriving at meanings rather than merely reading them is far richer and rewarding. The occasion to discuss Serge Daney on these pages is afforded by a tribute devoted to him by Jonathan Rosenbaum and published in English in this issue. It is a delightful essay and combined with other interviews in the ‘Film Critics’ section, such as those with Noël Carrol and Godfrey Cheshire, remind us of the unique role played by the figure who merges critical thinking with journalism and the publishing world.

This spirit of bringing together academic criticism and daily, practical even personal observations is important to Senses of Cinema and is represented not only in the eclectic array of articles on offer in this issue but also in individual articles themselves – for example, Tara Brabazon’s wonderful piece on Bette Davis and feminist theory is not afraid to speak in bold and personal terms and to take the private and public life of this icon as an important role model for contemporary feminism: “tough, resolute and passionate”. The collage of short paragraphs on the films of Wong Kar-wai brings together a range of responses. Interestingly, the adoring tone of most of these is challenged by a perspective that sees In the Mood for Love as futile and shallow. Perhaps Stephen Teo’s indispensable discussion, which provides an important historical and cultural context to understanding the film, is a good place to start.

Other highlights in this issue include a special section on 1970s US cinema and culture-jammer Craig Baldwin, whose vivid interrogation into dominant media channels and subversion of their meanings is inspiring. It is also a delight to present an excellent discussion of one of the more interesting Australian films to recently appear – Shirley Barrett’s Walk the Talk, which succeeds in presenting a character that is layered and complex rather than one-dimensional and clichéd.

An enormous thankyou goes to all the writers who contributed to this issue. I am happy to say that Senses of Cinema – now into its 13th Issue – is going very strong. We hope to continue to attract those genuinely passionate and interested in film and to bring to readers’ attention films from the past, unknown festivals, ideas and thoughts on films that they may not have otherwise encountered. In particular, thanks to: George Papadopoulos, Michael from Popcorn Taxi, Mairead Phillips, Adrian Danks, James Hewison, and Michael Koller.

I will not spare a minute more. So enjoy the issue!