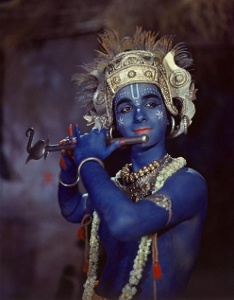 There are writers about film whose views I respect who prefer Black Narcissus (Michael Powell and Emeric Pressburger, 1947) to The River. I have followed their analyses, and struggled to find something to love in the former film, without success. But I love The River. For me, it is one of the “most beautiful films” (1), member of that special category of movie loves Godard created half a century ago, and which only now am I finding the courage to use.

I admire the creative thinking behind, and in some cases the achievement of, The Life and Death of Colonel Blimp (1943), A Canterbury Tale (1944), A Matter of Life and Death (1946), Peeping Tom (Michael Powell, 1960), and passages in other Powell and Pressburger films, but in their realisation I do not find anything that inspires love. Thus, forced to choose, I would sacrifice the whole of their œuvre if that were the only way to ensure the survival of The River.

Rumer Godden, the writer upon whose novels both Black Narcissus and The River were based, seems to have felt the same way: “Michael Powell who directed it, has told me since he saw the book as a fairy tale, while for me it was utterly true […]. There is not an atom of truth in the film of Black Narcissus – famous as it has become.” (2) Asked what she felt about the film at a luncheon held in her honour the day after the premiere she replied: “I have taken a vow … never to allow a book of mine to be made into a film again” (3).

Thus, when her agent telephoned a couple of years later to tell her that there had been an offer for “of all of your books, The River”, her resolve was still firm:

“I told you, no more films”; “Yes but this is Jean Renoir” came the reply. Few foreign films had ever come to Calcutta. During my brief times in London […] I had gone to the ballet and theatres rather than films […]. Did Auguste Renoir have a son? And I began “Jean Renoir must be …”. “Simply the finest film director in the world”, came the reply.” (4)

It was not, however, Renoir’s fame that changed Godden’s mind: “It was the fact that … before he approached me he, Jean Renoir, had gone to Bengal, to Narayanguni to find our old house and had even slept the night in our nursery” (5).

Renoir says that he and the novelist first met for lunch beside the Thames, at The Compleat Angler, a famous, centuries-old inn that has its own place in literary history (7). However, according to Godden they met in her Buckinghamshire cottage, Renoir having invited himself and his wife Dido to dinner:

Jean was so enormous that he hardly fitted into our cottage – the children called him Babar the Elephant […]. The film, he explained to me, was to be made entirely in India; but first I was to come out to Beverly Hills and write the script with him. “No-one else”, he said, “can write that script”. “You will stay with us”, said Dido. “And of course, be all the time with us in India”, said Jean. (8)

When they set to work in California, Renoir rejected the notion of making an outline:

“No”, said Jean. “We must build. The shape will declare itself […]”. Some of my characters disappeared; new ones came in […] nowhere does anyone speak words they could not in real life have said, and with this reality I believe we achieved the quality we wanted, the timelessness of a spell […] Jean knew The River even more deeply than I, yet, as we worked, he would wait for minutes, half-an-hour, perhaps an hour while I searched for a word – though we kept what we could of the original dialogue, there had to be more. New words were needed and, as the text was sparse – both Jean and I agreed on that – each word was important; also, as usual, I needed time to know the new characters – how they would speak, sound, originate. (9)

On location in India, Godden found herself required often to

produce instantly, extra dialogue or script changes on set among lights, cameras and sound boom crews, continuity girl, make-up and wardrobe people, property men, green-men, actors. I found it violently interesting and violently exhausting […]. I found myself in the position of child minder or trainer – more difficult than it sounds because for a small child to have to stand, perhaps for half-an-hour, probably under lights while the shot is set up was punitive, especially as the make-up man and hairdresser were continually dabbing, brushing and combing. The difficulty was to keep the child fresh when the actual moment of filming came, but I was soon adept at snatching them off the set, giving them a whirl around of play and putting them back in time. (10)

Godden’s account of their collaboration is probably as full an account of Renoir’s work with script and actors as any we have. The passages I have quoted represent only a glimpse of the experience she has described as staying with her always. It confirms Renoir’s own vision of his authorial role, as reported by his long-time collaborator, his “accomplice” and “companion on the road”, the production designer Eugène Lourié: “Often Renoir compared the functions of a film director with those of a chef in a restaurant. A chef can create great meals, but they are also the result of his collaboration with his helpers, the meat chefs, the wine stewards, the saucemakers, and the rest” (11).

The River was Renoir’s first colour film, and the first colour film shot by his director of photography, his nephew Claude, who had to attend a special course run in London by Technicolor on the use of their process, which they always wished to be shown to its best advantage. As Christopher Faulkner notes, The River was “the first Technicolor film made wholly in India and one of the first films in the history of motion pictures to record sound on magnetic tape. Martin Scorsese has described it as one of the two most beautiful colour films ever made and the first film to introduce him to a foreign culture.” (12)