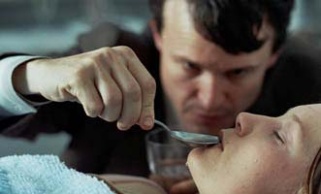 The St Kilda Film Festival is an annual showcase for short films that celebrated its 25th anniversary this year. St Kilda is a bayside suburb of Melbourne with long standing connections to the film and entertainment industries. In 1984, local councillor Mary Lou Jelbart, along with filmmaker Nigel Buesst, was prompted to establish the festival when the documentary First Contact by Bob Connolly and Robin Anderson could not find cinema exhibition. Local government has supported and developed the festival ever since.

At the heart of the festival is the competition, remodeled in recent years by current director Paul Harris as “Australia’s top 100 short films”. This year the festival umbrella also covered SoundKILDA, a music video competition, films by contemporary artists shown in a local gallery, a collection of films shot in St Kilda, a series of industry forums, and Under the Radar, a competition for young filmmakers. Programs from Interfilm Berlin and Clermont-Ferrand provide an international context.

The opening night venue was the Palais, which stands in all its fading glory on the beach, next to the creaking Luna Park, like the last two old teeth in the Esplanade’s increasingly renovated smile. Pete Smith, our gracious host, offered a fascinating glimpse of times past when such picture palaces were the hub of local social life (it may be hard to believe but St Kilda once had more cinemas than it currently has 7-Elevens). Declaring himself a “child of the Palais” he described watching films there with his parents, who had a permanent weekly booking. Using snippets from soundtracks and the grand gesture of the velvet curtain falling to the stage, he evoked the richness of his youthful cinema-going: newsreels that offered pre TV images of the wider world, a live band, kids’ matinees, short subjects, cartoons and double features – not to mention sexual shenanigans on the balcony.

Such reminiscences offered a chance to reflect on how short films have always had a presence in the mainstream industry, in former times as supports to features, and today as trailblazers across alternative distribution and exhibition networks, such as the gallery space, the internet, phone or other portable device. A quick search of the net finds all of the music videos in SoundKILDA and a fair number of the short films. However as Smith left the stage and the lights dimmed, we could be thankful that festivals like this exist to present short films on a big screen before a packed house. 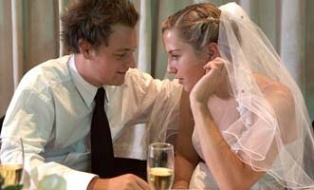 I saw about three quarters of the “top 100” competition titles. Some of the strongest were comparatively longer films with character-based narratives, which handled the apparent meat-and-potatoes of Australian short film subject matter – a coming of age theme or pivotal childhood moment – with assured direction. Len’s Love Story (Sonia Whiteman, 15 mins), with its fresh moments of narrative revelation and lack of explicatory dialogue, engagingly explores the daily rhythms of a young man with autism, as he struggles to rebuild his world after the death of his mother. Dugong (Erin White, 15 mins), impressed for being dramatically rich while refusing to force its story of estranged brothers to a head, for letting the central image of the underwater creature of the title infuse the film with a mute sadness, and for the performance of the entire cast, including Luke Elliott who shared the best actor award. Poetry (Sian Davies, 15 mins), Fast Lane (Grant Scicluna, 15 mins) and Summer Breaks (Sean Kruck, 12 mins) all create intensely felt teenage worlds in which actions and emotions quickly spin out of control. Cinematographer Katie Milwright’s controlled palette of icy pastels served Poetry particularly well.

Another strong shower was Crossbow (David Michôd, 14 mins), which features two teenage boys locked in a moody, violent atmosphere drenched in misogyny. We see one boy on the screen, while the other, his neighbour, narrates as an adult looking back on events. The voiceover slides continuously between empathy and voyeurism, provoking a crisis of identification for the audience. Greig Fraser was awarded the cinematography prize for this film, and his work is remarkable for both the degree of clarity he finds in low or natural light and for his dynamic compositions, which never look staged but always underscore the emotional energy of the work, in this case, a sickening sense of entrapment.

Other works stood out for the way in which they were constructed as entertainments, with the audience response very much in mind. The much-awarded Spider (Nash Edgerton, 9 mins) is a little time-bomb of suspense and comedy, stunts and pain, that had the crowd in the palm of its hand, while the horror comedy Advantage (Sean Byrne, 11 mins) was well paced, taking the time needed to establish the likeable but hapless central characters before flicking the switch to carnage. Nana (Warwick Thornton, 6 mins) was also a great crowd pleaser; an irresistible mix of sharp and sweet, which combines economy of action and searing humour with a wide swing of emotion. A little girl narrates from within a bubble of security created for her by her Nana, whose actions show us just what it takes to be true survivor in a tough world.

A couple of very different films made an impact for their ambitious reach. The Girl in the Moon (Alethea Jones, 14 mins) is a musical set in a strip club, where various women work for various reasons – the shy waitress intrigued by the sexual confidence of the dancers, the abuse victim who can’t see herself in any other light etc. Too bad that the strangely dull sound mix drained much of the energy from the song and dance numbers, which despite being a little bit high-school-rock-eisteddfod-any-excuse-to-dance-around-in-our-underwear, had a lighthearted, wistful quality that sat well in this effervescent mix of musical, drama and poetic reverie. In extreme contrast, Kin (Stephen Carroll, 19 mins) mines a narrow vein of gesture, incidental dialogue and unspoken emotion with great stylistic discipline and confidence, as a family implodes in a windswept country house. Letting go of all but the faintest traces of narrative causality Kin tested the patience of some in the liquored-up Saturday night audience, but evoked a certain texture of experience that was striking. 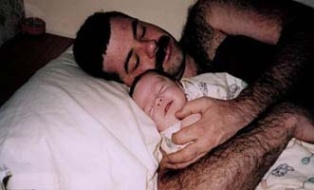 There were a handful of documentaries that presented their subjects with a refreshing immediacy. In My Dad Susan (Teagan McCarthy, 7 mins) a young filmmaker decides the time is right to meet her dad’s female persona. We watch as the father transforms himself into Susan, and explains his gender journey, then witness the moment – so loaded with familial frisson it brought the hairs up on the back of my neck – when Susan and her daughter sit face to face for the first time. Great White Hunters (Gary Doust, 8 mins) features three mates right down the other end of the macho scale, who reel in (and then release) really big sharks off the beach at their coastal town. From paddling out on a surfboard to drop in the bait, to bolting a chair to the front of a four wheel drive so they can move along the beach during the ensuing battle, these adrenalin junkies bring more laconic understatement and boofhead energy to the screen than any of the legion of ‘quirky’ ocker characters scattered through Australian feature films.

There were a scant six animation titles in the competition, plus one lone work in the ‘digital art’ category. City of Dust (Paul Fletcher, 8 mins) was one of the few animations with experimental leanings, and while it had some lush imagery, unfortunately the DVD faltered and stopped, just as it was hitting its stride. The Girl who Swallowed Bees (Paul McDermott, 9 mins) and especially The Funk (Cris Jones, 7 mins) mixed media and pushed technique in inventive ways, while Wasting Away (Tim Dean 5 mins) is a live action film that almost feels like an animation, as it effortlessly transforms from a standard story set-up into a series of quietly effecting tableau about our throwaway society. The animation that appealed most to me though was Wolf Daddy (Chang Hyung-Yun, 10 mins) from the program of South Korean shorts from Interfilm Berlin, for the way human and animal elements flowed so freely between characters in the story of a white wolf who gradually abandons his attempt to write a great novel, and accepts his true vocation as father to some unlikely creatures left at his door by a series of flighty women.

Overall, St Kilda has a vibrant and celebratory atmosphere, offering a snapshot of current trends in student and independent work. Sessions were very well attended, although often ran late, so I used the queue time to do a quick statistical analysis of the competition films: approximately two thirds were produced by women, one third directed by women, while only one fifth had women behind the camera. Special mention here to AFTRS student Bonnie Elliott who shot four of the films and directed a fifth. Lastly, surely some kind of award should have gone to veteran character actor Roy Billing who played four roles (including one woman!) across three separate productions.