The following nine articles make up a sample of papers that will be presented at The XIIIth Biennial Conference of the Film & History Association of Australia and New Zealand (FHAANZ) in Melbourne, November 16-19, 2006. The Film and History Conference – jointly presented this year by the Department of Visual Culture, Monash University and The School of Applied Communication, RMIT University – is held every two years and is an opportunity for international film scholars, archivists, and filmmakers to present their thoughts on recent debates and events in the fields of: film history, national and trans-national cinemas, film theory, film practice and the importance of cinema to specific communities. More specifically, the papers published here address the four main themes of the 2006 conference: Historical Film Theory and Criticism; Film, Memory and Allusion; The Social Experience of Cinema-going; and The Junction of Television and Film. 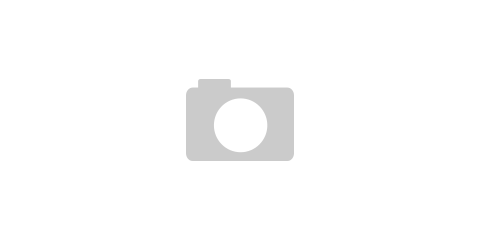 Modernity and the Film Exhibition Industry in Gippsland: The Glover Family Business 1926-1973

Anne Helen Wilson
Film & History Conference Papers
Marshall Berman claims that modernity “pours us all into a maelstrom of perpetual disintegration and renewal” (1). This article contends that successful exhibition in country Australia depended on film exhi...

From Colonial Film Commissioner to Political Pariah: Joris Ivens and the Making of Indonesia Calling

Drew Cottle and Angela Keys
Film & History Conference Papers
Appointed Film Commissioner of The Netherlands East Indies on 28 September 1944, in September and October of the following year Joris Ivens directed Indonesia Calling (1946), a film which was anathema to Du...

“The Illusion of Magnitude”: Adapting the Epic from Film to Television

Djoymi Baker
Film & History Conference Papers
When Giuseppe de Liguoro’s Homer’s Odyssey (1910) was released in the U.S. in 1912, a review in The Moving Picture World praised it for beginning “a new epoch in the history of the motion picture as a facto...

Vijay Devadas
Film & History Conference Papers
In a special issue of the journal Ethnic and Racial Studies, Steven Vertovec suggests that, while there have been a variety of uptakes on transnationalism, there has “not surprisingly much conceptual muddl...

“Caught Between Poetry and Censorship”: The Influence of State Regulation and Sufi Poeticism on Contemporary Iranian Cinema

Paola Voci
Film & History Conference Papers
In China, as elsewhere, new locations and new media have redefined the experience of watching a moving image, beyond the cinematic experience. (1) The visual works that one can view outside movie theatres g...

Re-designing the Past Imperfect: The Making of Hunt Angels

Alec Morgan
Film & History Conference Papers
Our visions of history are drawn from diverse sources: not just from the narratives of history books but also from photographs and historical novels, from newsreel footage, comic books and, increasingly, from...

Pretending to be Himself: Graham Kennedy, Television, Film and Authenticity

Susan Bye
Film & History Conference Papers
It could be argued that Graham Kennedy was the star that Australian television just had to have. The mythology built up around him has required, as perhaps do all such mythologies, a significant process of ...

Eisenstein and his Method: Recent Publications in Russia

Julia Vassilieva
Film & History Conference Papers
A self diminished to its part becomes a monster. - Marina Tsvetaeva, 1932 In 1998, the world celebrated the centenary of Sergei M. Eisenstein, famous Russian film director and one of the most radical theore...