Saidin Salkic is a Bosnian-Australian filmmaker whose recent prolific output includes Waiting for Sevdah (2017, 40 mins), Silence’s Crescendo (2018, 41 mins), The Shocking (2019, 27 mins) and The Human (2020, 48 mins). This discussion focuses on Silence’s Crescendo, a relentless and minimalist experimental horror chant, and links it to related national and international experimentation, trauma and surveillance capitalism.

In Silence’s Crescendo, Salkic uncompromisingly weaves together and repeats a series of short sonic and visual horror tropes recognisable from mainstream horror films such as The Shining (1980), Blair Witch Project (1999), The Evil Dead (1981), The Ring (2002), The Conjuring (2013), The Exorcist (1973), Scream (1996), Friday the 13th (1980), A Nightmare on Elm Street (1984) and Poltergeist (1982). These tropes include grainy, black and white, unstable close-ups of the eye and face in a dark room, heavy repetitive breathing, a bass guitar riff, an incessant ringing telephone eventually answered with “what do you want, is it you knocking?”, a door/doors opening, a woman moaning, the sound of crows caw cawing, a slowed-down devilish voice “ I come for you, I am inside the house,” the sharpening of a knife, moved in hand and shadow, the lighting of a cigarette, manic laughing, flowers. These feverish repetitions shift slightly in various combinations over the first 30-35 minutes. Eventually, a door opens to reveal a mask streaming with light from inside its skull. Are we in another room? This grainy alien image is intermittently visible, countered with a knife or hatchet, which, with a plastic tearing sound appears to annihilate the Kirlian-like mask, exposing an unexpected vulnerability. And always there is the breathing and the dark. We are in the middle of an insomniac’s night. I think of Ingmar Bergman’s Hour of the Wolf (1968). 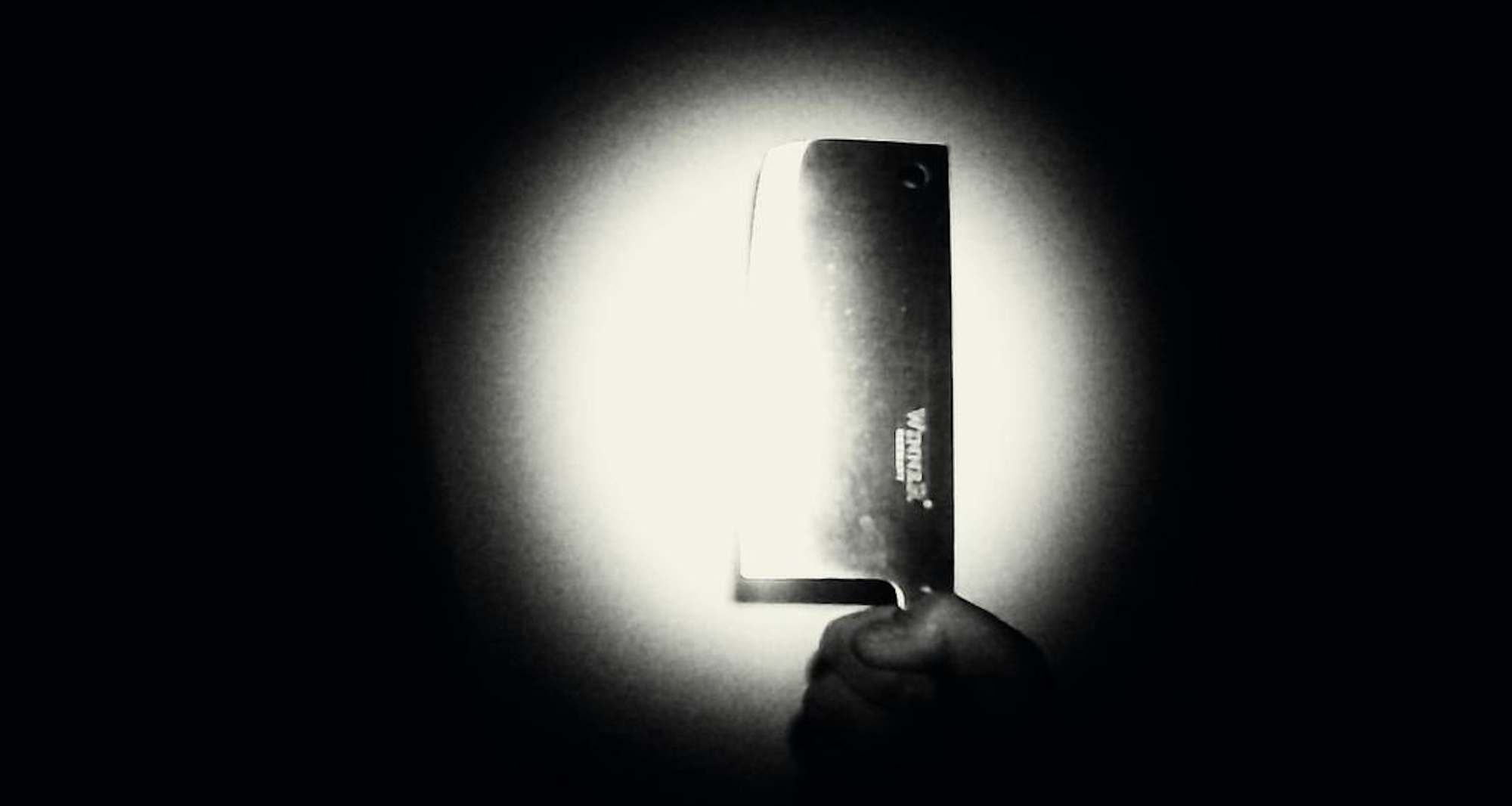 The protagonist’s ever-present face moves from side to side as if trying to escape or as if being slapped by an invisible hand. Salkic’s unhinged use of these tropes spits out fluid, contested, and shifting meanings. The film’s song-like structure is an intimate build-up of these rhythms whose evolving tension eventually consumes itself; masks within masks, a Mandelbrot field of gestures consuming or echoing through a visual/aural feedback loop. An emptied mask, a dissolute self. Buddhists construct their chants to settle the body, as does the choir in a church but Salkic’s chant agitates the body and places it in a state of relentless hypervigilance that is often associated with trauma.

In John Flaus’ commentary on Silence’s Crescendo, he notes how each shifting repetition of these tropes subtly shift and accumulate in meaning. Flaus compares Salkic’s focus on the micro-gesture to Gertrude Stein’s wordplay and phrase repetitions. Stein also had an interest in cinema. Her script for The Movie (1920) plays with the cliché of the action film rather than the horror film. The preface for the film’s script, like James Joyce’s text Finnegan’s Wake (1939), plays with the gaps between what we see, read and hear: “Eyes are a surprise/Printzess a dream/Buzz is spelled with z/Fuss is spelled with s/So is business”1 Stein’s words occupy that liminal space where the perceptual shifts that Flaus identifies in Salkic’s work operate and motor the senses.

Flaus also notes that Salkic is “exploring potentials that the medium possesses that have yet to be discovered.” But these strategies are not new. They have been explored by an American minimalist avant-garde in the ’60s and are evidenced in Structuralist film on both sides of the Atlantic in Malcolm Le Grice’s Little Dog for Roger (1967), which repetitively and filmically extends the dance of a family pet, and in the flicker films of Paul Sharits. Sharits’ T,O,U,C,H,I,N,G (1968) is a serial assemblage of repeating images and sounds. The flickering images repeatedly show the poet Paul Franks cutting off his own tongue with a pair of scissors, or scratching across his own face. These records of mutilation flash at the micro level of single frame clusters rather than the level of iterating gesture streamed in Salkic’s film. But the sound for T,O,U,C,H,I,N,G loops the word ‘destroy’ spoken by Franks and predicts Salkic’s assemblage strategy. “Destroy” mutates over time, like Salkic’s moans, faces, birdsong and gesture: “With the single loop word, ‘destroy,’ one hears such things as ‘It’s gone’ or ‘It’s off,’ ‘It’s cut,’ ‘His straw,’ ‘History,’ and more.”2 “Destroy” destroys itself. Like Silence’s Crescendo, T,O,U,C,H,I,N,G ‘s images and sounds are arranged rhythmically more like a musical score or computer script than the structure of a narrative film.

Locally, fluid trance-like repetitions are evident in the relentless graphic cinema of fellow migrant Paul Winkler (Brickwall, 1975) (Dark, 1973), the early graphic experiments of Melbournians Michael Lee (National Geographic, 1972) (Contemplation of the Rose, 1977) and Lynsey Martin (Leading Ladies, 1975). Winkler is especially interesting in that he developed his outsider position into a distinct graphic style and rhythm that garnered international acclaim as experimental film.

Apart from Winkler’s looping soundtracks these artists’ primary focus are formal visual re-iterations. These earlier Australian works tackle a reflexive formalism whose history Salkic is probably not even aware of. Salkic’s tropes are sampled out of mainstream cinema that offer a hook for those conversant with entertainment culture, an area which Salkic actively dismisses as an interest in relation to his own work. This contested space was fought for by local film artists in the ‘70s.

Silence’s Crescendo can be read productively through surveillance capitalism and war trauma. The Yugoslav formal structuralism that emerged in the ’60s, evident in Belgrade in the work of Tomislav Gotovac and in Zagreb in the anti-films of Mihovil Pansini, precedes the more academically documented western formalism of Sharits and Le Grice.“…we know that antifilm is not only an experiment with materials, but a complete vision of the surrounding world: a poetic act”.3 This Eastern European formalism developed a form of public looking readable as a political response to Josip Tito’s communist Yugoslavia. By formally mimicking surveillance techniques, anti-film occupied the regime’s blind spots, evading censorial scrutiny. This move addresses a level of trauma and surveillance that offers a more direct precedent to Salkic’s work, which itself expresses a highly charged form of bodily trauma. 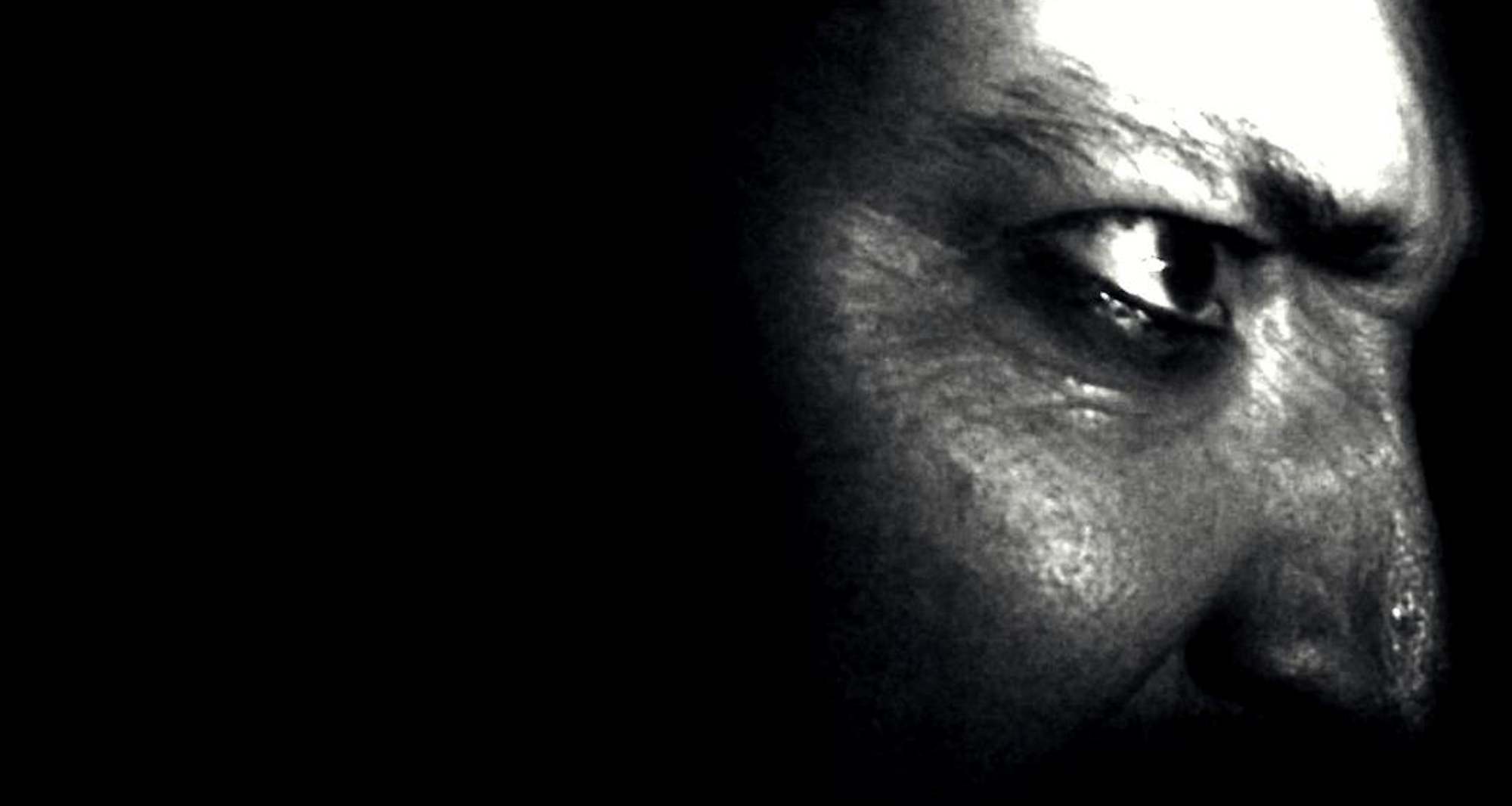 Salkic’s back-story is important here as his traumas are the direct result of Yugoslavia’s dissolution. Saidin Salkic was born in Srebrenica, Bosnia, the site of the 1995 genocide of 8,000 Muslim men and boys. He was there with his sister and mother as a 12 year old and was fatefully spared through his mother’s intervention. His father had already been killed earlier in the war. The amnesic, paranoid and fearful traumas that course through Silence’s Crescendo can be sourced back to such childhood blows. Incomplete trauma narratives have to find more primal means of expression that deliver the impressionistic fragments that remain embedded in the body’s sensual cluster. These memories are often unlocatable, but are brought to narrative through unrelenting, decades-long repetitions and nightmare. This was the case for Fernand Léger’s celebrated Ballet Mechanique (1920), a dissociative repetitive stream of associations whose structure is relatable to Salkic’s film. For Léger the film was a result of his war PTSD: “The war had thrust me as a soldier, into the heart of a mechanical atmosphere. In this atmosphere I discovered the beauty of the fragment.”4

By its stretching out of time, viewing Silence’s Crescendo in a darkened cinema incarcerates and embraces its audience in its claustrophobic effects. Yet watching it at home during a Covid lockdown could also be unsettling, amplifying the siege that the virus imposes on our behaviours, both nationally and internationally. Salkic’s ability to harness these experimental traumatic effects to successfully communicate his pain directly into the bodies of his audiences is a powerful achievement.