Seldom does a singular song shape an entire film’s atmosphere, nature and subtext as completely as “California Dreaming” (1965) by The Mamas and the Papas does in Wong Kar-Wai’s directorial masterpiece Chunghing Sam Lam (Chungking Express, 1994). In his two-part working-class dramedy set in the jungle of Hong Kong’s crowded streets1, the Vietnam-era escapist hymn is utilised as a motif that changes everything by seemingly changing nothing at all.

The song marks the transition between the first and the second instalment, when hope sparks for the lovesick police officer no. 223 (Takeshi Kaneshiro) as he bumps into the ever-daydreaming waitress Faye (Faye Wong), only to be instantly revoked by his own voiceover narration revealing that in only six hours she would be in love with another man. “California Dreaming” keeps on playing (“All the leaves are brown / And the sky is grey”) while this other man, police officer no. 663 (Tony Chiu-Wai Leung), who unknowingly is just about to experience heartbreak of his own, steps out of the brownish street into the grey cold ceramic aesthetics of the Midnight Express. Faye has turned up the song so loudly that he can barely understand her, but she likes it this way because, as she puts it, “[it] stops you from having to think.” And there is plenty to “think” (and despair) about in Kar-Wai’s visualisation of the Hong Kong milieu. The microcosm revolving around the diner is marked by perpetual liminality: nothing ever stays the same. Relationships end abruptly, professions are given up easily, people leave without saying goodbye, and even life itself can end rather quickly in and around the Chungking Mansions. Instead, “California Dreaming” tells of a place of safety and warmth in a promised land (“I’d be safe and warm / If I was in L.A”) – if one did only manage to leave. 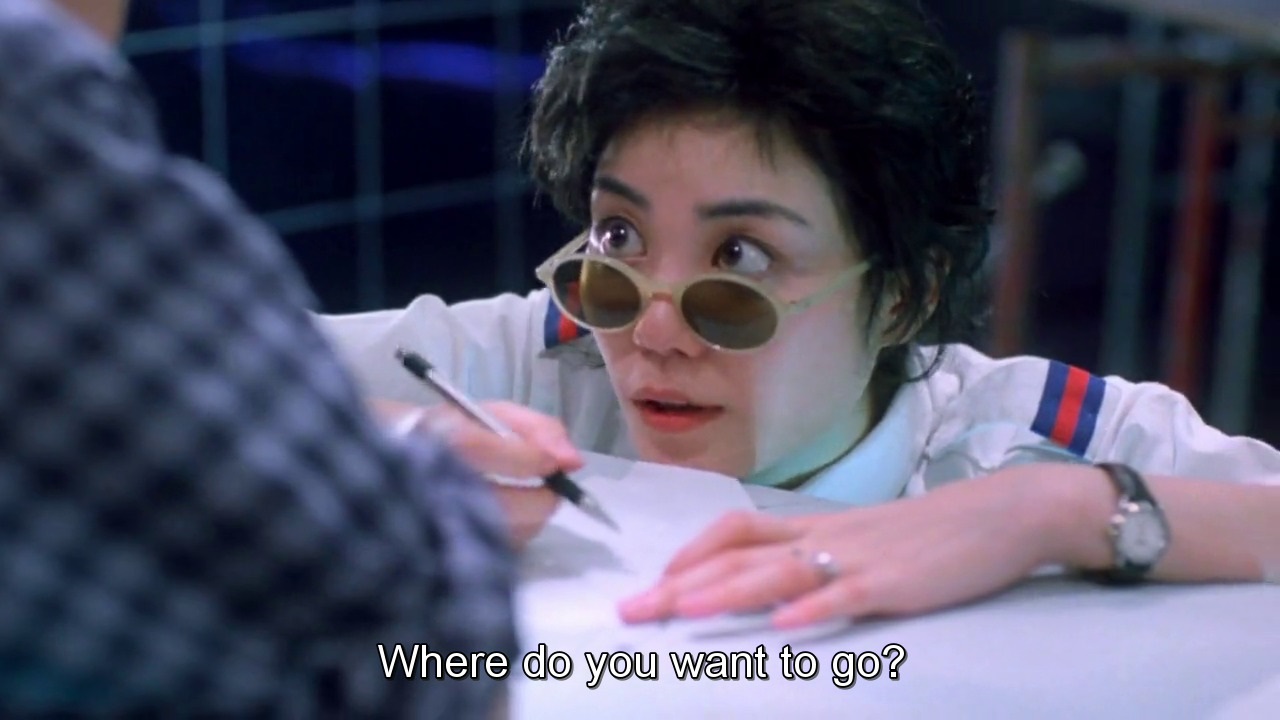 Yet, Faye does not leave, but in its place, dreams herself into a relationship with the lonesome 663 by secretly breaking into his apartment, redecorating subtly and tiding up frequently, all while “California Dreaming” ambiguously shifts between being intra- and extradiegetic. When 663 finally asks her out, however, the influence of the song’s escapist nature takes over (“If I didn’t tell her / I could leave today”) and while he is waiting for her in the bar California next to the diner, she is on her way to California, USA. This concrete realisation of the song’s imperative turns out to break the magic spell it held over Faye; a year later, she returns to the diner, now a flight attendant, to find 663 there, who bought the place and is listening to “California Dreaming”. Upon his question she tells him “Really [, California,] it’s no big deal” and eventually they decide to fly “wherever [she] want[s],” just as an entirely different song starts playing over a shot of the now silent stereo.

In Chungking Express, “California Dreaming” is not only used to evoke the desire to leave the unsteady life of the Hong Kong milieu and search for safety in a faraway place, but also to deconstruct this escapist fantasy. Kar-Wai’s work evidently implies that bliss is not necessarily bound to a place, but usually to the people inhabiting it.