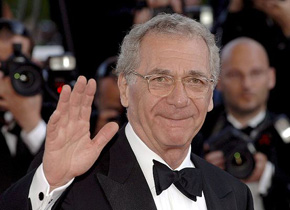 In 1983, Sydney Pollack came to Australia to promote his new film, Tootsie (1982). He graciously consented to a long interview (almost two hours) with Tom Ryan (now senior film writer for Melbourne’s The Sunday Age) and me (then editor of Cinema Papers).

Before the interview began, we chatted informally and Tom remarked how impressed he was with Bobby Deerfield (1977). I chimed in with how I thought it was his best movie. Pollack looked momentarily stunned … but not, as you might think, because he thought we were crazy. After a pause, as if to collect his thoughts, he said that Bobby Deerfield was also his favourite film and probably his best. He added this was not a view he often shared publicly, because back home in the States and elsewhere the film was considered a flop … or worse.

However, what was even more bizarre than finding two Bobby Deerfield fans in Melbourne, Pollack said, was that the previous night in Sydney a lovely woman had come up to him and said how great she thought Bobby Deerfield was. Then, this morning, before he saw Tom and me, Pollack had met the critic for Melbourne’s The Herald, Keith Connolly, who admitted that he published a bad review of Bobby Deerfield, only to have a friend dash into his office a few hours later and tell him that he was wrong and that he must see the film again. The woman in Sydney was Sue Murray (now a producer; cf Ten Canoes) and the man who rudely burst into Keith’s office was, of course, I.

This reminiscing over Bobby Deerfield became a staple part of our few meetings over the years – as in 1986, when Pollack was on the Cannes Jury and I had a film in the Semaine de la Critique (outside his ambit). Though he did not have time to see my film, he did. We were then, and still are, both friends of the wonderful and passionate Pierre Rissient, who supported us both in different but equally loyal ways.

I see that I just wrote “still are”, even though Pollack has left us. It is hard to believe; his commanding presence still feels so palpable.

I have met and interviewed countless filmmaker over the decades but no one had the force of Pollack. He was the archetypal Hollywood studio director, with an unshakeable belief in his ability to marshal all the troops in the right direction. An actor himself, Pollack was the master of working with top-level stars. They were always his first choice for the charisma and power they brought to the screen. In his relationship with Robert Redford (seven films; don’t forget This Property is Condemned, 1966), he forged a union as iconic as that between Josef von Sternberg and Marlene Dietrich, John Ford and John Wayne.

Several years ago, Pollack returned to Sydney for a conference of Australian film producers. He was in a dark mood when I met with him backstage before chairing his session. The reminiscing about Bobby Deerfield failed to bring forth the usual warmth and good humour. It was only later I learned that one of the requests he had made of the organisers was that he be protected from brash filmmakers shoving projects in his face. But that is exactly what had happened in a lift seconds before I met him. One could sense the immense thunder Pollack could unleash during filming when not all was going as planned. And I felt just a touch of it when, after praising the montage I had done of his work to kick off the session, Pollack mentioned that he was sorry Out of Africa (1985) was not included. The edge in his voice clearly betrayed how much this film meant to him and I sensed it might have replaced Bobby in his innermost heart. (The reason for its absence was simple: there was no DVD available at the time and to digitise a clip from VHS would have done Pollack and his film an injustice.)

Everyone has their favourite among Pollack’s work and it was interesting, when reading the loving tributes after his death, how varied was the choice of what writers singled out as his best film. A film critic in Melbourne chose They Shot Horses, Don’t They?, while others went for Tootsie, The Way We Were (1973), Three Days of the Condor (1975) and, naturally, Out of Africa.

There is no point here trying to settle any discussion about Pollack’s legacy (obviously enormous) or his finest achievements – and one should not forget his brilliant contributions as a producer and actor.

A director only has to make one film that you can’t live without to be great. And Pollack made more than that.