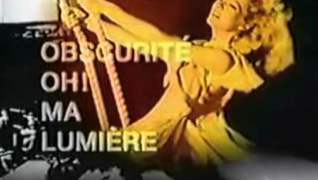 Histoire(s) du cinéma is Jean-Luc Godard’s most devastating accomplishment as filmmaker/critic/artist/poet/historian. Produced over a period of ten years (1988-1998), Histoire(s) has been heralded as a work of tremendous significance to the practice of both cinema and history; most famously by Jonathan Rosenbaum, who declared it to be “the culmination of 20th century film-making” (1). Whilst not technically a film, Histoire(s) undoubtedly represents the ultimate labour of cinephilic love, an intensive audio-visual retrospective ruminating on the multiple incarnations of cinema, its vital intersections with 20th century history and ultimately, its immanent death, as projected by the medium’s most studied, critically devoted and playfully intellectual independent figure.

As is often the case with critical discussion of Godard and his films, writing on Histoire(s) emphasises the work’s difficult-to-summarise multiplicity of concerns and techniques coupled with an experimental leaning that resists being reduced to a grammatical formal strategy. In this instance, as one writer has neatly observed, Histoire(s) is simultaneously:

An extended essay on cinema by means of cinema. A history of the cinema, and history interpreted by the cinema. An homage and a critique. An anecdotal autobiography, illuminated by Godard’s encyclopedic wit, extending the idiom established by JLG par JLG. An epic – and non-linear – poem. A freely associative essay. A vast multi-layered musical composition. (2)

Despite the diffuse gesture of Histoire(s), it might be argued that its central motivation is to collapse the cinema from within by way of an exhaustive process of reflexive audio-visual evocation and deliberation, a post-cinematic montage that implicitly situates the cinema as an archive of a bygone era.

It helps here to think of Godard, as Susan Sontag does, entering “the history of film as its first consciously destructive figure” (3). Despite many mutations and digressions, Godard’s career may be characterised by a tendency to dissolve definitive limits in and around the cinema. This can be traced through the many seemingly arrogant, specious and heavy-handed aphoristic devices he has used in interviews and films to observe not only his own work but also the cinema more generally. These include: a denial of an opposition between fiction and documentary; exposing the paradox of the socially engaging and disengaging qualities of the cinema; exploring the affinities between visual and written expression, as well as art and criticism; privileging the more expansive terms sound and image over other possible permutations; overriding the divide between high and low culture; merging theory and practice; and equating reality with the image (“For Godard reality was always already image”. [4]). Histoire(s) can be seen to enact all of these concepts to some degree. However, Histoire(s) can be linked more generally to Godard’s provocative and often misunderstood statements about the death of cinema, including one famously revealing instance when he claimed, “I await the end of the cinema with optimism” (5) – a statement which perhaps best encapsulates Godard’s de(con)structive proclivity.

Godard’s concept of the death of cinema has evolved across his career, mourning, at various stages: the abandonment of the creative and poetic possibilities posed by cinematic imagery of the silent era; the collapse of an American studio system of mass-production which indirectly fostered a range of visionary artists and popularised film as an art form; the failure of poetic, artistic and socially-engaged cinema to counteract the fascistic and capitalistic roles of cinema in history; and how the Hollywood model of Steven Spielberg and spectacle came to dominate internationally, curbing the survival and development of other models of film production and development. Histoire(s) dutifully revisits each of these sites of death, mourning the multiple corruptions of a cinema of pure possibility, and the viral, exploitative and capitalistic qualities of image production and dissemination, and expressing nostalgia for a cinema “that might have been” (6). The work presents a multiplicity of visions of the end of a cinema industrially and aesthetically tied to the political events of a specific time and place. Histoire(s) in part suggests that the cinema not only ends at a particular historical crossroads, it also begins (or if it dies, it also kills) – the history of one trope of cinema overcoming another. Lofty sentiments aside, it is the manner in which Histoire(s) produces these articulations and documentations through video that constitutes Godard’s most compelling cinematic coup de grâce.

Godard utilises video in the Histoire(s) in a personal, contemplative manner, to effectively emulate and dramatise the postulations, reconsiderations, hesitations, augmentations and revelations characteristic of thought, memory, writing and imagination. Histoire(s) subsumes the traces, predominantly quotations – or to use a term that resonates with contemporary remix culture, samples – of a vast array of significant artefacts (cinema, painting, photography, music, television, advertising, spoken excerpts from critical and philosophical texts,) reproducing them as particles in a videographic stream of consciousness. The technique of video mixing, and its fluidity and economy of dissolves, allows Godard to string this diverse palette of media together and work not only without the expenses and time-delays of film processing, but quickly, or “live” as Philippe Dubois has suggested (7). This somewhat Proustian gesture of reflective recollection is foregrounded in the shots of Godard stoically engaging with the tools of his cinematic and historical inquiry – an electronic typewriter, a bookshelf/library, a moviola, a microphone, and a video-mixing console. Images, sounds and text are conjured up on-screen like fragments of memory recalled, and gradually readapted in the process in the way that thought reworks memory to produce hindsight and anticipation. This can be seen, to give a clear example, in the constant reframing of the film’s titles, and, to give a less clear example, in the shots of the film moving through the moviola interspersed with a cinematographic image appearing to attain movement, and conveying something of the labour of recollection. The violence of video-mixing and the reanimation of the ghostly traces of cinematic images becomes a source of creative energy and expressive release for Godard, allowing him the means to produce a personal history of the cinema (his story, as the pun in the French title emphasises).

Histoire(s) can partly be seen as an outcome of Godard’s major revelations during this period of his career, particularly in regard to the relationship between the cinematic image, montage and history. Histoire(s) reprises an inquiry into claims for the cinema as the “seventh art”, the art subsuming all the previous arts, the art for the masses, the quintessential modern art, and the art form of the 20th century. But it also reveals the cinema as a reluctant historical artefact, a battlefield evidencing the interplay of national, cultural, political, aesthetic and industrial interests. For Godard cinema has been a privileged witness to 20th century, absorbing its shocks and impacts, whilst also helping to engender them. Revisiting the artifacts of cinema therefore enables a new approach to practicing history that works upon the “cinematograph” to uncover and produce its historical value:

Let’s call it “cinematograph” so as to differentiate it from what’s called cinema today, and which only ever designates the regular weekly releases and the cinema listing in the papers. At a given moment in time History became incarnate – or arranged itself like a tired virus – in cinema’s very substance. And then the cinematograph was no longer used. (8)

Histoire(s) surpasses mere documentation by effectively recasting cinema’s history – its passing and its death – as an impetus to think and create, reflect and imagine rather than producing history as a fixed and static list or chronology of events. As Gilles Deleuze argues in Cinema 2: The Time-Image (a book which bears many parallels to Histoire(s)), cinema must always recognise “the need to go beyond mere information” (9). Histoire(s) does this by seeking to yield new conceptual life from the perishable images of cinematographic history, evoking new perspectives and associations only attainable through hindsight. This works in combination with Godard’s renewed concept of montage as the edifice of artistic connection itself or, put simply, of thinking with images. This allows Godard to make the seemingly audacious claim that “Cinema was the true art of montage that began 5 or 6 centuries B.C.” (10). Michael Witt deciphers:

“Montage” comes to designate the relationships internal to a given art form, as well as those established through art between the world and its inhabitants. In the domain of cinema it comes to signify not merely a common formal idiom or singularly expressive tool, but the power and specificity of silent cinema as a historical force. (11)

Despite its limitations in terms of resolution and fidelity, video retains the audio-visual and temporal conditions for this connective and constructive operation. Godard’s revelation is that video is actually better at montage, making it more possible. Histoire(s) exercises the immediacy of the post-cinematic form of image production, turning video’s capacity for selection, augmentation, dissemination, integration and experimental montage back towards its mysterious cinematic origins. Using video to think through cinematic imagery to create and reveal connections, Godard produces the kind of history made possible by the cinema, suggesting that the saving grace of both cinema and the 20th century lies in is its residual capacity to be reflected upon.

Hopefully the considerations presented in this annotation will help to dilute for some the mystique of Godard’s vast and overwhelming videographic composition. There exists a wealth of critical elucidations of Histoire(s), however the only form of writing that might come close to doing justice to Godard’s exhaustive work would probably be the notation produced by Celine Scemama that delineates the source of each and every quotation, available on the web in French (12). On a final point of interest, Histoire(s), whilst freely exploiting so many sources which are quite clearly copyrighted, reserves no copyright of its own. In this sense Godard can be credited with both anticipating and pioneering more contemporary movements in digital remix/sample culture, and the copyright defying concepts of pla(y)giarism, remixology and Creative Commons. One is left to wonder whether Gaumont’s securing the rights for the DVD release has actually set some kind of legal precedent for video quotation (Rosenbaum has made similar speculations in an interview with Godard [13]).

Surely, the mastery of Histoire(s) ebbs from Godard’s particular status in the cinema, his tireless devotion and aptitude for quotation and connection – as if he is the sole channel through which the madness and chaos of so much ephemera finds any bearing. Histoire(s) reveals Godard to be an optimistic agent of cinema’s untimely death(s), looking toward and pioneering “a cinema that might be”, and evoking cinema’s end as a necessary and life-affirming transition.