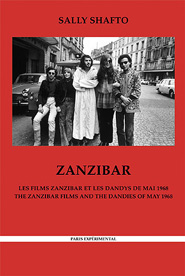 Amid all the discussion about the true nature and significance of 1968 – likely to receive a new impetus with the forthcoming fortieth anniversary – one distinction that has remained relatively unchallenged is that between the ‘French’ and the ‘American’ versions of the syndrome. France’s 1968 was ideologically charged, seeing the rise of Leftist groups that mounted a challenge not only to the authoritarianism of Président de Gaulle but to its perceived mirror-image in the Communist Party, and characterised by ardent, frequently fractious debate about how to transform what had begun as a university-based movement into one that could bring about the revolutionary transformation of society. While movements such as Students for a Democratic Society and the opposition to the Vietnam War were certainly permeated by ideological discussion, the ‘US’ avatar of 1968 was at least as strongly influenced by rock music, marijuana, LSD and the 1967 “summer of love” that brought the hippie counter-culture into prominence. French gauchistes may well have smoked dope and listened to Sgt Pepper’s Lonely Hearts Club Band, but that strand of gentle hedonism was significantly less important for the movements in France – how might one translate “turn on, tune in, drop out” into French?, I ask myself – than on the other side of the Atlantic, where discussion about the precise nature of the revolutionary conjuncture was likely to be met with remarks along the lines of “Hey, man, don’t get so hung-up.” The ‘US 1968’, to summarise, might be described as alternative, its French opposite number as oppositional.

This distinction is visible in the films affected by, or produced as a response to, the “spirit of 1968”. Shafto’s introduction makes clear that, until recently, there have been “very few fiction films that dealt with May 68” (1), largely because the inconclusive outcome of the events did not lend itself well to conventional cinematic narrativisation. However, the world of cinema was profoundly affected by May, of which Henri Langlois’ (temporary) dismissal from the Cinémathèque Française was an important early symptom. Direct action by filmmakers, including Jean-Luc Godard and François Truffaut, led to the cancellation of the Cannes Film Festival, while the États généraux du cinéma, which met for the first time on 21 May, yielded a set of grandiose proposals for the revolutionisation of the industry, to be placed thenceforth at the service of the transformation of society. With the overwhelming exception of Godard, very few significant attempts at producing such a cinema would appear to have been made in France. The influence of the May zeitgeist was much more apparent in critical and theoretical developments; Cahiers du Cinéma adopted an often sectarian line grounded in an amalgam of Althusserian Marxism and Lacanian Freudianism, seen as alone capable of breaking the imaginary specular relationship between spectator and image, and thereby producing a genuinely revolutionary cinema in radical opposition to the Hollywood dream-machine and its European counterparts. In the United States, where the intellectual influence of Marxism had always been far less powerful, these developments were much less significant. The spirit of 1968 there resided largely in the underground cinema – a term dating back to the 1950s – epitomised by such directors as Stan Brakhage, Kenneth Anger and Andy Warhol, who worked outside the constraints, and defiantly without the resources, of the commercial mainstream. Formal innovation was a fundamental characteristic of both types of filmmaking, but this was more free-wheeling and less tied to a Marxist weltanschauung for the US underground than for Godard or his Cahiers acolytes.

Sally Shafto’s anthology – partly her own work, partly transcripts of interviews with and texts by others – introduces us to a hitherto largely unknown group of cinéastes who were based in Paris, but whose work had more in common with the ‘US/alternative’ than with the ‘French/oppositional’ style of filmmaking. These formed what she refers to as “the Zanzibar constellation” – a term presumably chosen because of their informal mode of organization and association rather than of any stellar qualities attributed to their work. Shafto lists thirteen Zanzibar films, all made between 1968 and 1970, including four by Philippe Garrel (son of actor Maurice and father of actor Louis), who is the only director listed still to be making films. His 2005 feature, Les Amants réguliers, can indeed be seen as a continuation of and partly ironic reflection upon the group’s often inflated æsthetic and (in a broad sense) political objectives, influenced by copious consumption of narcotics and a frequently minimalist approach – both characteristic of much US underground filmmaking. The key star in the Zanzibar constellation, however, was the heiress and producer Sylvina Boissonnas (director of one Zanzibar film, Un film, in 1969, unviewable at her own wish), who doled out funding in a happy-go-lucky and seemingly unselective manner. Jackie Raynal, a prominent member of the group, is quoted as saying:

Anyone could come forward, really anyone, with a project of painting, photography, film, music, publishing, and could receive a check from this unbelievably tall woman who was curious and eccentric, and who never asked for an accounting on the use of her money. (2)

Boissonnas may have been based in Paris, but her modus operandi was far closer to Haight-Ashbury. 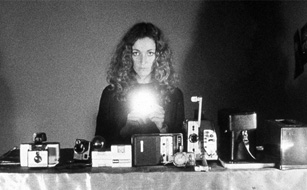 Garrel’s films in particular involved well-known figures associated with more ‘conventional’ French cinema, who generally worked without pay – one reason for the interest of Shafto’s book. Laurent Terzieff, known for his work with Marcel Carné, Pier Paolo Pasolini and Luis Buñuel, appears with Bernadette Lafont, a leading female icon of the New Wave, in the silent feature Le Révélateur (1968); Zouzou, who was to appear in Eric Rohmer’s L’Amour l’après-midi (1972) and Marco Ferreri’s La Dernière Femme (1976), is in three of the four Philippe Garrel-directed films listed by Shafto; Jean-Pierre Léaud, often seen along with Godard on the May barricades, makes an appearance in Garrel’s La Concentration (1968); and Pierre Clémenti, familiar from his roles in Buñuel’s Belle de jour (1967) and Pasolini’s Porcile (1969), is in two Garrel films, one of which, Le Lit de la vierge (1969), figures in Shafto’s list. The other Zanzibar directors, such as Jackie Raynal and Daniel Pommereulle, who makes a brief appearance in Godard’s Week End (1967), worked with less well-known performers; indeed, in the US independent tradition, Raynal takes the lead role in her own Deux fois (1968) and Pommereulle in his Vite (1969).

These films have long been all but impossible to see, but recent retrospectives have led to the issue of three of them – Le Révélateur, Le Lit de la vierge and Deux fois – on DVD. Those I have been able to see appear to have dated very much in the same way as many – not all – US underground movies, their formal experimentation often appearing mannered and their minimalism sometimes tedious. Yet they represent a significant addition to the cinematic heritage of May 1968, less ideologically stringent than the work of Godard and more in keeping with that most notorious slogan of the period: “It is forbidden to forbid.” The constellation derived its name from the African archipelago – part of Tanzania – which supposedly became “a talisman for young people” in the late 1960s because “[i]t was not only a crossroads between Eastern and Western cultures, it was also a Maoist island” (3). The Oriental infatuation figured here betokens a cross between the French fascination with a grotesquely idealised version of Chairman Mao’s China, lampooned in Godard’s La Chinoise (1967), and the Anglo-American hippy trail which led to many an odyssey through Africa and/or Asia. Boissonnas financed a sixteen-month journey through Africa in 1969 and 1970, led by Serge Bard, director of three Zanzibar films (Détruisez-vous, 1969; Ici et maintenant, 1968; and Fun and Games for Everyone, 1968), which was never to reach its appointed destination either geographically or artistically, for in Algiers in December 1969 Bard solemnly announced to his fellow-travellers that he had just converted to Islam and thus renounced the moving image – needless to say at the long-suffering Boissonnas’ expense. This chaotic cocktail of the æsthetic and the spiritual is ruefully commented upon by Jacques Renard, who was to have been director of photography on Bard’s never-made film: “All that is absolutely moronic, reactionary, crazy.” (4) The political naïveté of so much European enthusiasm for what was then known as the Third World, explored by Alain Tanner a few years later in Le Retour d’Afrique (1972), is nowhere more apparent than in Caroline de Bendern’s account of “the trip to Zanzibar”, fuelled by the eponymous constellation’s “crazy visions of jungles, deserts and bushland, lions, snakes and crocodiles and beautiful black people ‘swingin’ and singin’” (5). Renard says that for Bard “Africa was a revolutionary country” (6), a view whose geopolitical awareness is suspect to say the least and reinforces, like Shafto’s assertion that “[t]he dandyism of the Zanzibar members is to be found in their attachment to their physical appearance” (7), the suspicion that the ultimate destination of Bard’s odyssey, and perhaps of the group as a whole, lay somewhere up his/its own ass.

In this as in other respects, and like much else that is nowadays embarrassing about the 1960s – the stoned ineptitude of so many attempts at political or æsthetic change, the glaring inequity of gender politics (adroitly picked up by Shafto when she compares Détruisez-vous unfavourably to Godard’s work), the catch-all invocation of ‘revolution’ – the Zanzibar constellation remains uncomfortably of its time. Yet that may be one of its most significant features; few have realised that the May 1968 movement had spawned a grouping closer to American counter-culture than to revolutionary Marxism, and Shafto’s study is important because of the detailed information it gives about this perhaps surprising development. The essays and interviews that make up the bulk of the book are complemented by a well-documented who’s who of figures involved or associated with the movement. The book is attractively presented and well illustrated, despite some odd linguistic formulations in the English section, and certainly merits the attention of anybody interested in the cultural kaleidoscope of 1968 France.