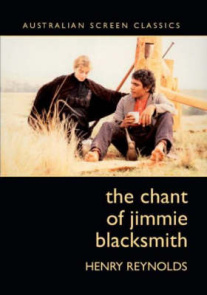 I first came across the story of Jim and Joe Governor in 2002 when I was researching, for my PhD, a biography of the Noongar (south-west Western Australian) brothers Jim and Phillip Krakouer who played for North Melbourne in the Victorian Football League (VFL) in the 1980s. Despite them being alive at opposite ends of the twentieth century and on opposite sides of the country, the relationship the Governors and the Krakouers had with one another as brothers – plus the socio-cultural positions occupied by the older siblings – was nothing short of uncanny. When I read Laurie Moore and Stephan Williams’ The True Story of Jimmy Governor (1), I was literally transfixed by the social, political and personal parallels that Jim and Phillip’s story had with that of Jimmy and Joe Governor’s. For example, this quote relating to Jimmy Governor could easily be applied to Jim Krakouer’s on-field football dramas and his trips to the VFL tribunal:

At one level Jimmy could be seen as any man caught in a situation beyond his control, suffering years of unfair treatment, finally snapping when faced with his most recent tormentor and a situation he could not control. (2)

Both Jims came from large nuclear families, were excellent at sport and spent time in juvenile homes. For both the Krakouers and the Governors, their identities were the source of derision, intrigue, awe and notoriety and this played itself out from their childhoods into their adult years. The Governors’ skill at evading the constabulary, their physical feats of endurance and cunning could be neatly compared to the Krakouers’ sublime displays on the Melbourne Cricket Ground that saw them outwit their opponents with consummate ease.

I found Moore and Williams’ account of the Governors’ transgressions in the early twentieth century – including murder, stealing and rape – and the factors that fed into them – racism and ignorance – intriguing to my own research. Not that I knew it at the time, but this notion had been piqued years before when watching, for the first time, the film The Chant of Jimmie Blacksmith (Fred Schepisi, 1978). Moore and Williams posed the same sorts of questions about the Governors as I did about the Krakouers. Moore and Williams make the leap by asking at what point did the authorities take responsibility for the Governors’ inequity and “for the whole ghastly affair?” (3) The same proposition could be made for the umpires and the VFL commission regarding racial vilification of Indigenous players and the “close attention” Jim and Phillip received every week. For Jim Krakouer, the verbal and physical pressure he endured on the football field saw him react physically. This led to many reports and suspensions totaling 22 games in all, an entire season. Outside football, Jim’s financial pressures led to him being charged with drug trafficking offences and sentenced to 16 years’ jail. For Jim Governor, the everyday pressure of being a Blackfella in the late 1800s saw him become a murderer, a rapist and an outlaw. On the run for months, he was finally captured and hung. In retaliating violently, Jim Krakouer and Jim Governor stayed true to themselves and this cost them both dearly, the main difference being that Jim Krakouer survived to tell the tale.

The new critical analysis from the Australian Screen Classics series by Henry Reynolds of the film The Chant of Jimmie Blacksmith, based on Thomas Keneally’s novel of the same name, is a timely and very important work. At a time when Australia is still grappling with Indigenous issues, despite the Prime Minister’s apology, Reynolds succinctly and accurately charts the mutually exclusive disciplines of art and Indigenous history and their convergence some 30 years ago with the film. I have to admit that when I saw the film back in the mid-1980s (my mid teens), I was thrilled by it, mainly due to its violence and the sense that I was watching something I thought to be Australian and what I felt to be “real”. It was not until several years later and going to university that I could begin to appreciate the ways that filmic texts are constructed and, as a consequence, how historical accounts depicted within them can be significantly skewed due to the conventions of the medium. Sadly, most people do not have even a rudimentary understanding of filmic codes and conventions, and hence their reading of those texts is limited. Interestingly, culture also requires of us a degree of literacy. For example, when David Gulpilil narrates over the opening sequence of Ten Canoes (Rolf de Heer, 2006) and says “this is my story”, what he is actually saying is “this is my country, my law, my history, my dreaming”.

Reynolds shows how history, as a discipline, when filtered through the medium of film, can be a fraught act. For Reynolds, it is the way the Governors’ story is filtered not once but three times – through the official narrative, then the novel, then the film – that shows just how fraught it can be and for this, he takes Keneally and Schepisi to task. For Reynolds, the consequences of filtering history can have dire results for the subjects of history, its modality, and how we, as receptors, use it to make all sorts of judgments about all sorts of things. According to Reynolds, the issue is one that comes down to the storytellers’ (read: Keneally and Schepisi) distortion or interference with the official narrative:

A further problem inherent in the joint Schepisi-Keneally project was how to deal with the horrific violence and yet humanise their main character sufficiently to evoke both sympathy and empathy… The most important one was to significantly change the story. For Jimmie Blacksmith [Tommy Lewis] to be at all sympathetic he had to have different experiences to Jimmy Governor while all the time appealing to the historical veracity of the story. It required subtle distortion or as Keneally described it “interference”. (p. 27)

This is the central tenet of Reynolds’ argument and one that he applies time and again so as to contextualise the problematic nature of the level of interference with the Governors’ story and their reconfigured portrayal as Blacksmiths in the film.

The main argument that Reynolds pushes is the foregrounding of Jimmie Blacksmith’s identity or, more pointedly, the dilution of it, which acts as a central driver in justifying and framing his transgressions. For example, in the official narrative, Jim and Joe Governor were full biological brothers. In the film, Jim and Mort Blacksmith [Freddy Jones] are constructed as half-brothers with Mort’s father being Indigenous while Jim’s is presumably white, unknown and absent. The inference is that Jim Blacksmith’s identity is tainted and hence, due to his biologically determined moral ambiguity and status as a half-caste, he becomes a self-fulfilling prophecy. This is no minor element in Australian history for Indigenous Australians; in the minds of the authorities, the products of these unlawful unions were creating an entire under-class of half-breeds all across Australia. According to the governments, these people would display and enact the negative features and behaviours believed to be inherent to each ethnic group (e.g. Blackfellas were lazy and unreliable; Chinese were sly and evil; Irish were violent and alcoholic) (4). Hence, the institutional and cultural fear that miscegenation would produce the worst “mongrels” of society has caused a great deal of harm (removal of children) and Reynolds argues Keneally and Schepisi fall for this deficit theory model of biological determinism, as a device, too easily. Further, it is because of his “nature” that Jimmie Blacksmith is seen as the unstable darkie on the outskirts of Australian culture and, as fate would have it, he is destined to kill and kill brutally.

The essence of Reynolds’ critique is a call for all cultural and historical practitioners to become informed by the meta-text of Aboriginality. Cross-cultural awareness is the key to this because, for too long, the framing or “othering” of Indigenous people has created all kinds of misinformed, repugnant and problematic engagements. With his critique, Reynolds is implicitly requesting that, if this is to be addressed, we all need to engage with history more responsibly or we will simply add to the damage that has already been inflicted. In a post-apology Australia, that is a mistake we cannot afford to make anymore.