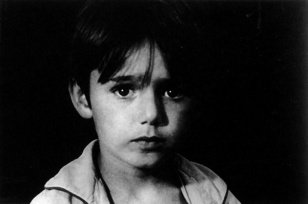 L’Aventure moderne, Paris: Flammarion, 2006. These excerpts are translated with the permission of Christophe Bourseiller.

“Allergic to the Cinema”

Jean-Luc often comes to our place, and my grandmother who has mastered the art of using up leftovers, makes vegetable soups for him. Shepherd’s pie, stewed apples, pot-au-feu without meat … Godard is infatuated with me and offers me a role in Une femme mariée: suite de fragments d’un film tourné en 1964, where I appear along with Macha Méril and Roger Montsoret.

One of the scenes takes place on the tarmac at the Toussus-le-Noble airfield. I am supposed to welcome my father, Roger Montsoret, as he gets off the plane. I vomit my guts out in the airport lobby. Am I allergic to the cinema?

Another day, the film is shot in a Paris street. As usual, my grandmother escorts me. In France, we say that a child reaches the age of reason at 7. Nonetheless, I am lacking in common sense and I cross a street without warning. A car knocks me down. The emergency services intervene. I take my place in the paddy wagon and note with vexation that the driver doesn’t turn on the siren. My case must not be completely hopeless. The next time, I’ll make an effort. Once again, I survived the cinema. 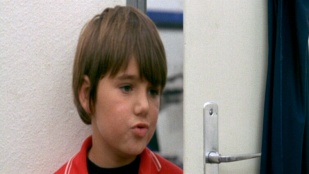 When Jean-Luc Godard suggests that I appear in 2 ou 3 choses que je sais d’elle (1967), I am understandably distrustful. But nothing unfortunate happens, other than the fact that I stretch myself out in a mud puddle on the first day of shooting, ruining my outfit for good. The production had stingily asked me to supply my own clothes. Now it had to quickly provide me with a new outfit, at its expense. There is some justice. We shot in an HLM in La Courneuve. (1) In the scene, I have to denounce the American intervention in Vietnam. Jean-Luc slips into a cupboard and whispers to me, one by one, the militant lines that I spout, like a young parrot, aged 8.

“The Youngest Maoist in France”

[…] At the Théâtre de Poche, my mother creates LeRoi Jones’ The Dutchman and the Slave. She incarnates a white, racist, blonde nymphomaniac who seduces a black man in the New York subway so as to kill him. My stepfather directs the play. I am not allowed to attend the performances because of the risqué content of its most torrid scenes.

My mother has become a blonde. She wears an ultra-short red mini-skirt. She plays without any underpants, but it’s for the role. Henceforth, she cultivates a hypothetical resemblance with the glamorous stars of Hollywood. Later, she will incarnate Jean Harlow. She now fascinates numerous homosexuals who follow her, escort her, call her and adulate her. More and more she resembles the Italian actress Monica Vitti.

Jean-Luc Godard is more than a friend. He has my mother’s absolute confidence. She tells me more or less: for secular reasons, she admittedly never baptized me, but at any given moment I can count on the unexpected help of the “natural” godparents whom she elected: these benefactors in the shadows are called, according to her, Jean-Luc Godard and Danièle Delorme … The world is a theatre, above all mine.

One day, Jean-Luc goes to the Chinese Embassy to pick up shiploads of The Little Red Book. With a hint of ceremony, he presents me with a copy, giving me the task of “explaining” it to my parents. Often, I climb up on the dinner table to deliver a scholarly, geopolitical exposé, stuffed with complex words that I’ve picked up from adults. I devote myself to the praise of international Communism. If we want Marxism-Leninism to triumph on a world scale, we only have to kill all the recalcitrants.

Jean-Luc and my mother applaud the bloodthirsty kid with his cruel logic. Are they mocking their own ideal, whose childish caricature I embody? Jean-Luc is fond of deadpan humour. Slyly, he lets out provocative, pithy sound bites. Is he as Maoist as he pretends? In the period before May 1968, he never abandoned a critical stance.

In 1966, Jean-Luc Godard sublets our apartment at 15, rue de Mirosmesnil, with the intention of shooting La Chinoise (1967) there. We withdrew to the residence of a dear friend, an industrialist by the name of Philippe D’Abzac. 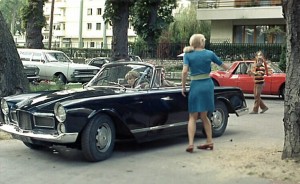 As for me, I shoot Week End (1967), with Jean Yanne and Mireille Darc. Disguised as an Indian, I perform a scalp dance, punctuated by anti-Communist slogans. Barely had I gotten my boisterous performance underway when Mireille Darc slaps me vigorously in the face, ostensibly “to calm” me. I am not at all sure she really understood the screenplay. […]

Jean-Luc breaks with my parents, and treats them as bourgeois of culture. I am unaware of the exact reason for the quarrel, but it turns out to be long-term. Who will mark out the border between bourgeois theatre and proletarian art? […]

Without waiting any longer, I break with Maoism and embrace the “situ” cause. (2) […]

My conversion does not seem to thrill Jean-Luc Godard. Despite giving us the cold shoulder, from time to time he still shows up unexpectedly to swallow my grandmother’s soup. One evening, he comes by with Anne Wiazemsky. All boastful, I show off my recent collection of newspapers and situationist tracts. Jean-Luc leafs through the collection and remains silent. But Anne Wiazemsky’s laconic comment, when she puts back down the Grenoble pamphlet, Archinor, still rings in my ears: “It’s very serious …”

A few weeks later, Jean-Luc suffers a terrible motorbike accident. The last time I saw him, he was struggling against the pain on a hospital bed. A smell of burnt flesh hung in the air of the claustrophic room. I fainted and had to be carried outside. I regained consciousness on the steps.

Subsequently, Jean-Luc Godard moved towards a more and more radical militancy. He abandoned the Parisian microscope in order “to set himself up” in the midst of the masses and merge with the working class. The united front of film workers and workers tout court was to take place accompanied by “Mao Zedong’s thought”. He settled in Grenoble and made several militant films, which I discovered a few years later, thanks to Jean-Loup Passek at the Festival of La Rochelle. Ici et ailleurs (1976) is his greatest opus. I see there a disenchanted meditation on political engagement, proof that great creators always maintain a critical distance, even when they pretend to the worst stupidities.

Jean-Luc Godard no longer wants to speak with us. “I have nothing to say to you.” I am strangely included in the quarrel, even though I hadn’t taken any side in the controversy on bourgeois theatre.

At the end of the 1970s, I write to him with affection, as one asks after a relative, a friend and a godfather. He doesn’t answer.

Later in 1995, I write a history of the French Maoist movement. With this book, I wish to question my own childhood. Naturally, I try to see him. At the same time, I also want to find out how he is. But he has a secretary answer that he does not wish to see me. Was he crushed by cruelty as one succumbs to an animal instinct?