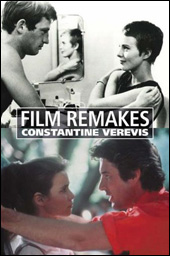 “Not a patch on the old film” is likely to be the common response to most remakes, perhaps without too much thought going into the opinion. Or into what constitutes a film “remake”. Gus Van Sant’s Psycho (1998) set a new level of tenacious adherence to its predecessor, the director avowedly setting out to re-film the Hitchcock classic virtually shot-by-shot. Mostly, though, we don’t expect this kind of correspondence and we aren’t normally so explicitly asked to have the earlier film in mind while we watch the remake.

But what do we mean when we talk of a remake? There is surely some real confusion about the use of the term. Why, for instance, do we think of Martin Scorsese’s Cape Fear (1991) as a remake of J. Lee-Thompson’s 1961 film? Or should we simply think of both as adaptations, made in different social climates and production circumstances, of John D. MacDonald’s novel The Executioners (1957)? Is Kenneth Branagh’s Henry V (1989) a remake of Laurence Olivier’s 1945 version of Shakespeare’s play? Does the status of the original film and/or of its literary precursor determine audience identification of a film as a remake? Remakes have sometimes stirred controversy as when, for example, the prints of Thorold Dickinson’s Gaslight (1940) were said to have been destroyed so as not to compete with George Cukor’s lush MGM version in 1944, both of course derived from Patrick Hamilton’s play.

Con Verevis’ stimulating book raises just these sorts of issues – and many others – from the outset. His approach is nothing if not ecumenical, drawing on an almost bewildering range of views on the matter as he pursues the central question, “What is film remaking?” which he properly asks in his opening paragraph. (Sometimes this range is so broad as to be confusing, reminding one of some discussions of melodrama which are so all-embracing that every other mode comes to seem like a mere sub-category.) He canvasses the kinds of taxonomies that have been proposed: these include Michael B. Druxman’s categories of the disguised remake (sometimes involving generic shift), the direct remake (which makes clear its source) and the non-remake (same title, new plot); and Harvey Roy Greenberg’s acknowledged, close remake (near-replication), acknowledged, transformed remake (substantial variations) and the unacknowledged, disguised remake (e.g. studio-era remakes). These and other attempts to organise the mass of remakes constantly raise matters of genre, intertexuality and adaptation of various kinds. Indeed, these characterisations recall those old-style attempts to distinguish between various levels of literary adaptation, and of course remakes are always in some senses adaptations of precursor texts – of films, television series, video games, screenplays or literary sources.

The excellence of Verevis’ book lies partly in his way of cutting through the thickets of films clamouring to be considered as remakes of one kind or other – and through the prolific, if not always clear-headed, discourse on the subject. He proposes in his introductory chapter three ways of considering the concept of the film remake: as an industrial category, as a textual category and as a critical category. He makes a persuasive case in his Introduction for the centrality and comprehensiveness of these three approaches and they provide the framework for the rest of the book.

The obvious imperative of the remake as an industrial phenomenon is that “In a commercial context, remakes are pre-sold to their audience because viewers are assumed to have some prior experience, or at least possess a ‘narrative image’, of the original story…before engaging in its particular retelling” (p. 3). In this regard, Verevis cites the several versions of King Kong (Merian C. Cooper and Ernest B. Schoedsack, 1933; John Guillermin, 1976; Peter Jackson, 2005) and Tim Burton’s 2001 remake of Franklin J. Schaffner’s Planet of the Apes (1968). As is the case with genre films, such remakings can deliver the twin gratifications of repetition and innovation, though the prolificacy of remakes has sometimes led to accusations of Hollywood’s lack of imagination, of its merely playing safe.

The idea of the industrial category is explored further in Part I of the book, under two stark chapter headings, “Commerce” and “Authors”. The former considers remakes as “commercial products that repeat successful formulas in order to minimise risk and secure profits in the marketplace” (p. 37). The book’s argument moves here beyond the likes of King Kong to take in the remaking of “classic television series” (what does “classic” mean here?) as feature films or, a different kind of “remake”, what is called an “extension (or reunion) episode”. (At this point, the book takes on board the notion of the sequel’s connection to the remake.) Having, in the interests of self-preservation, avoided most of the 1990s film versions of television series, I am amazed to read just how many there were and full of admiration for the author’s fortitude in clearly having seen so many of them. If the pre-sold title works to encourage punters, I suppose it must also work in reverse for some of us who, in child-dominated years, have been forced to endure, say, The Brady Bunch through countless formulaic episodes, and would rather have root-canal work than voluntarily sit through a film-length version. In the ever-more complex intertextualities of some of these films, Verevis also draws attention to “remakes of tele-series [e.g. The Saint]…which originate in media other than, and have strong identities outside of, television” (p. 53).

In the “Authors” chapter, the book focuses on the versions of Psycho and on the several sequels, but with no mention of Robert Bloch’s efficient antecedent pulp fiction thriller. This chapter explores the Psycho case from the points of view of Hitchcock as auteur, endlessly remaking himself; of the film’s “legacy to the horror genre”; of the “cinematic homage” to it in three films of Brian De Palma; and of the ongoing influence that it and Hitchcock “have had on contemporary art and popular film” (p. 59). I have some problem with seeing the latter two as aspects of “remake”. Homages are common enough in films without one’s being likely to reach for the term “remake” and “influence” is not of itself congruent with remake, though it may inform a later film. Any film told from multiple viewpoints may be thought of as “influenced” by Citizen Kane (Orson Welles, 1941), but does this mean that, say, Velvet Goldmine (Todd Haynes, 1998) is a remake of Welles’ film? As suggested above, to extend the concept of “remake” quite so eclectically runs the risk of blurring the lines of the argument, even if such homages and influences are aspects of the commercial reckonings of the films involved.

Part II, addressing the idea of remakes as textual category, makes some astute discriminations between remakes and adaptations: “Whereas a remake is generally considered a remake of another film, one of the principal arguments of adaptation theory is concerned with the movement between different semiotic registers” (p. 82, author’s italics). This distinction is intelligently pursued here, adducing the various “filters” including studio style, ideological fashion, etc., which are also at stake in the adaptation – and remake? – processes. The chapter entitled “Texts” also refers to the function of genre affiliations in relation to remakes, arguing that a remake may have more in common with a contemporaneous genre cycle than with the specific anterior text, and this fascinating intertextuality is explored in detail in the succeeding chapter, “Genres”. In the latter, Verevis appraises Bob Rafelson’s 1981 version of The Postman Always Rings Twice not merely as a remake of Tay Garnett’s 1946 job or in relation to James Cain’s novel of criminal passions, but also in relation to film noir and to what censorship would allow at different periods. As for another 1981 remake, Lawrence Kasdan’s Body Heat, an unacknowledged updating of Double Indemnity (Billy Wilder, 1944) and another adaptation from Cain, Verevis claims that it “reinvents the classic noir visual style for the 1980s” (p. 113).

The final strand of Verevis’ case about remakes is that they constitute as much a “critical category” as any other, arguing that the discourses surrounding the remade “texts” or “products” are equally influential in securing their status. These paratexts, he claims and goes on to illustrate, have a “vital role…in communicating a film’s status as a remake, and also in invoking an intertextual framework within which to comprehend and evaluate the new film” (p. 131). Verevis provides evidence from promotional materials that stress how a remake might be viewed in relation to an illustrious – or even just well-known – predecessor. He also quotes from DVD extras: for example, James Cameron describing the 2002 Solaris (Steven Soderbergh) as being not “really a remake of the [Andrei] Tarkovsky film [but] a different adaptation of the underlying novel…” (p. 136), thus fingering one of the key issues in the remake discourse.

The book’s last chapter latches on to Quentin Tarantino as a sort of ragbag of movie history and homage and recollection, as if his films were in their way “remakes” too. I wish Verevis had written a different kind of conclusion in which he drew together the threads of his preceding arguments to leave readers with a clearer sense of where he has been taking them. This is a really scholarly book, written with a confidence and flair that would have enabled the author to pull his major perceptions together into conclusions of his own. (A small quibble: the illustrations would have been much more useful with captions relating to their significance.) The research is exemplary and the book offers an almost breathless swirl of Hollywood filmmaking, suggesting how it is constantly cannibalising itself – and more or less everything else in sight – in more or less ingenious ways. It still leaves one wondering, though, just how often remakes have been seriously worth the time and effort and money that have gone into them.