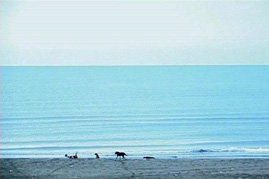 Now we are five! Into the second half of the first decade of the twenty-first century and changes are afoot for this periodical. In December 1999, the first issue of Senses of Cinema appeared online and here we are, five years later, still spellbound by this most captivating of artforms.

Five years. It feels like we have come a long way. It seems that the platitude “everyone’s a critic” is truer today than ever before. I’m yet to decide whether ultimately this is a good or bad thing. On the one hand, there is more cliched writing on cinema to be found on the internet than ever before and Variety-speak (fine, even amusing, in its own context) has influenced it certainly for the worse. On the other, the fact of the cyber-critics allows for a more democratic response and potentially for more interesting and braver personal examination. And it is also true that cinephiles have come to look at cinema more critically. I think we are questioning more than we did five years ago. No contemporary film, even one that appears to be universally acclaimed such as Before Sunset and Million Dollar Baby, has been left uninterrogated. Film criticism in the early years of the twenty-first century is not dominated by any particular way of looking at the world in the way that, say, the late 1960s and 1970s were highly politicised (and many film journals overtly – even militantly – so). However, good writers today appear to be more engaged with the meaning of a film or its elements than writers and scholars were in the 1990s in the heyday of the rather dry cognitive film theory approach to cinema. Today they – you – seem to respond to films more passionately, more bravely and ultimately more personally than even perhaps in the not too distant past when Senses of Cinema began. It has been a wonderful thing to watch writers, especially the younger ones, develop in this fashion. Increasingly, I am encountering writing that is not so much an “answer” to a film as “question”, but that recognises and uses cinema as a launch pad to write about the world we live in. In an ever-increasingly politicised world, intelligent and critical thinking about any artform could not be any other way.

This year sees a re-assemblage of personnel at Senses of Cinema. Co-Editor Jake Wilson decamped in early December to concentrate on other endeavours and Co-Editor Fiona Villella, there right from the start, will also cease editorial duties from next issue onwards in order to concentrate on a career in teaching. We’d like to thank both Fiona and Jake for their immense contribution to the journal and wish them well for the future.

Senses, being the homeostatic journal that it is, welcomes some new arrivals in light of these departures. We are very excited to welcome our new Co-Editors Rolando Caputo and Scott Murray, who as a team will bring an enormous amount of experience in film criticism, publishing, and teaching to the journal. Also looking after reviews of publications will be our new Book Reviews Editor, Fincina Hopgood. Pip Carroll joins the team as our Marketing Coordinator. I myself will continue to oversee Film Festival Reports and Great Directors. Senses will continue to evolve as it has done so in the last five years. However, writers and readers alike can be assured that our mission shall not change and the structure of the journal shall remain as it presently is.

Here’s to a fantastic year of cinema and reading!

Thanks for this issue go to Fincina Hopgood.